After Pak Receives FATF Reprieve, India Hopes It Will Take Steps Within 3 Months

The Paris-based global body is working to curb terror financing and has asked Pakistan to reassess the operation of banned terrorist outfits in the country. 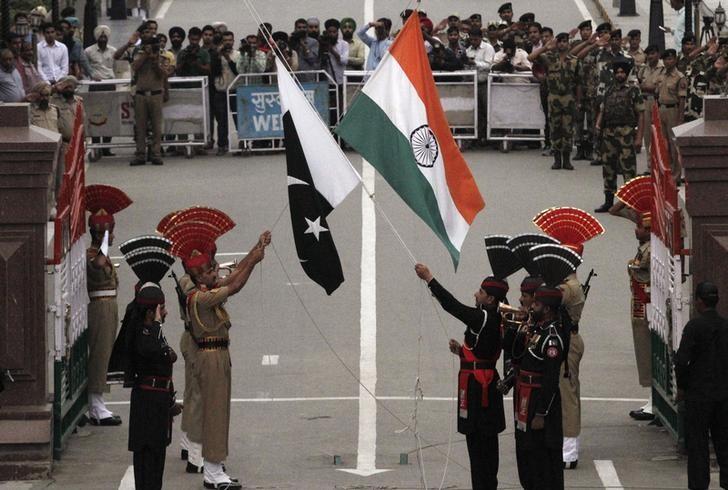 New Delhi: Pakistan has failed to complete its action plan on terror financing, the Financial Action Task Force (FATF) said Friday, warning Islamabad to meet its commitment by October or face action, which could possibly lead to the country’s blacklisting.

The Paris-based global body is working to curb terrorism financing and money laundering and has asked Pakistan to reassess the operation of banned terrorist outfits in the country.

In June last year, the FATF placed Pakistan on the grey list of countries whose domestic laws are considered weak to tackle the challenges of money laundering and terrorism financing.

The FATF “strongly” urged Pakistan to swiftly complete its action plan by October 2019, when the last set of action plan items are set to expire.

“Otherwise, the FATF will decide the next step at that time for insufficient progress,” the international financial body said leaving a strong warning to Pakistan.

The FATF said Pakistan had taken steps towards improving its AML/CFT (anti-money laundering/combating the financial terrorism) regime, including the recent development of its terror funding risk assessment addendum.

However, it does not demonstrate a proper understanding of Pakistan’s transnational terror funding risk.

In a statement after FATF announced its decisions, India noted on Saturday that the group has “continued to keep Pakistan on its compliance document (i.e. Grey List) for the ICRG monitoring for its failure to complete the action plan items due in January and May 2019”.

MEA spokesperson Raveesh Kumar added that India expects “Pakistan to take all necessary steps to effectively implement the FATF Action Plan fully within the remaining time frame i.e. by September 2019 in accordance with its political commitment to the FATF and take credible, verifiable, irreversible and sustainable measures to address global concerns related to terrorism and terrorist financing emanating from any territory under its control”.

What the FATF said

The FATF also said Pakistan should continue to work on implementing its action plan to address its strategic deficiencies, including by adequately demonstrating its proper understanding of the terror funding risks posed by the terrorist groups and conducting supervision on a risk-sensitive basis.

It should demonstrate that remedial actions and sanctions are applied in cases of AML/CFT violations, and that these actions have an effect on AML/CFT compliance by financial institutions, it said.

It asked Pakistan to demonstrate that competent authorities are cooperating and taking action to identify and take enforcement action against illegal money or value transfer services (MVTS).

It also asked Pakistan to show that authorities are identifying cash couriers and enforcing controls on illicit movement of currency and understanding the risk of cash couriers being used for terror funding.

Pakistan should improve inter-agency coordination including between provincial and federal authorities on combating terror funding risks and demonstrate that law enforcement agencies are identifying and investigating the widest range of terror funding activity, it said.

The FATF asked Pakistan to demonstrate terror funding prosecutions result in effective, proportionate and dissuasive sanctions and enhancing the capacity and support for prosecutors and the judiciary.

Pakistan needed to effectively implement targeted financial sanctions (supported by a comprehensive legal obligation) against all 1267 and 1373 designated terrorists and those acting for or on their behalf, including preventing the raising and moving of funds, identifying and freezing assets (movable and immovable), and prohibiting access to funds and financial services, it said.

The FATF said Pakistan needed to demonstrate enforcement against TFS violations, including administrative and criminal penalties and provincial and federal authorities cooperating on enforcement cases.

It should demonstrate that facilities and services owned or controlled by the designated person are deprived of their resources and the usage of the resources, it said.

The FATF currently has 36 members with voting powers and two regional organisations, representing most of the major financial centres in all parts of the globe.

On May 3 last year, former finance minister Arun Jaitley said India will ask the FATF to put Pakistan on a blacklist of countries that fail to meet international standards in stopping financial crime.

China is set to secure the FATF presidency next year while Saudi Arabia representing the Gulf Cooperation Council is to become a full FATF member.

Turkey was the only member that stood by Pakistan despite a strong campaign launched by the US, the UK, India and Europe.