Explainer: Why Sri Lanka's Election Results Are Crucial for the Rajapaksas

If the ruling party wins a two-thirds majority, it has promised to repeal a key amendment which put major restrictions on presidential powers and expanded the role of the prime minister. 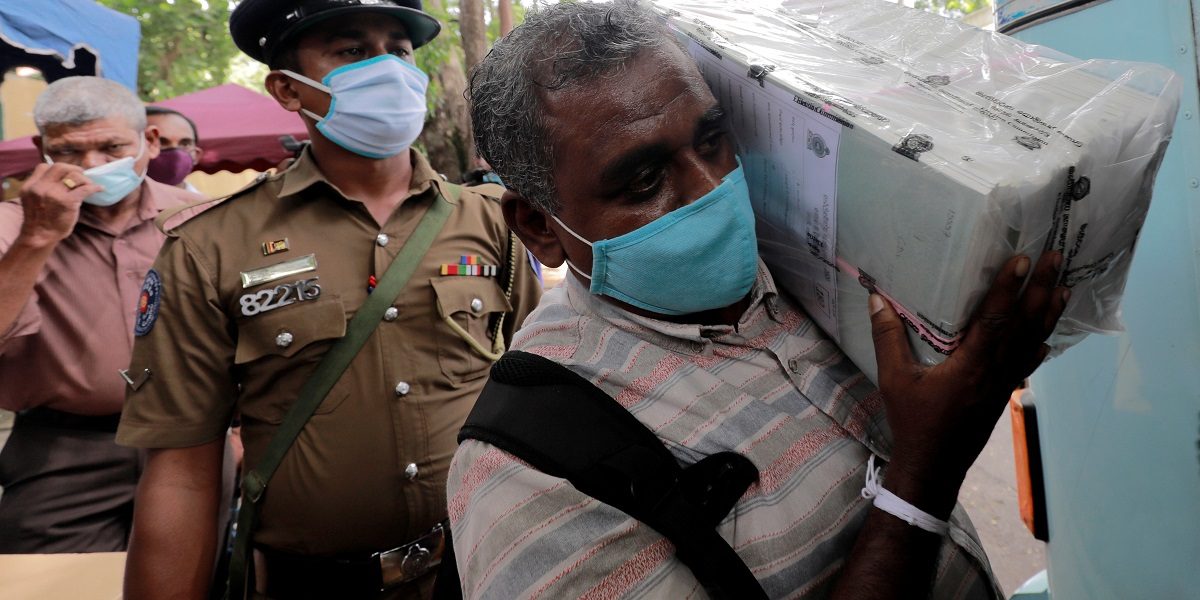 New Delhi: On Thursday, Sri Lankans will know whether the parliamentary elections have given the ruling party the numbers to remove the constitutional restrictions on presidential powers and consolidate the Rajapaksa dynasty.

First here are the numbers – around 16.2 million Sri Lankans are eligible to choose who among the 7,450 candidates will represent the country’s 225 parliamentary seats. While 196 seats are reserved for direct elections from 22 multi-MP districts, the rest will be allocated to parties based on the proportion of votes garnered.

By afternoon, around 40% of the electorate, wearing mandatory face masks, had cast their votes.

While the election takes place in the extraordinary circumstances of the ongoing coronavirus pandemic, the Indian Ocean island nation has fared better than other South Asian neighbours, with a total of just 2,834 cases and 11 deaths.

As a result of the pandemic, the date of polling had to be rescheduled twice. They were initially scheduled to be held on March 25.

Along with new health protocols during the election process, there are other subtle changes in the 2020 elections. The period of voting has been increased by one hour and for the first time, counting will not begin immediately after polling ends. The Election Commission announced that counting will begin at 8 am on Thursday (August 6). Who are the main actors?

After the presidential elections were won by Gotabaya Rajapaksa by 10 points, the United National Party (UNP) imploded due to factional in-fighting. With the majority of UNP members, Sajith Premadasa formed a new party, Samagi Jana Balawegaya (SJB), which claims not to have the ‘baggage’ of the previous government. A reduced UNP, led by Ranil Wickremesinghe, has also fielded several candidates, but most of them new.

In the north, the Tamil National Alliance (TNA), an umbrella grouping of Sri Lankan Tamil parties, is in the fray, but have to face a number of new political challengers.

What is the significance of parliamentary elections in Sri Lanka?

Since 1978, Sri Lanka has an executive presidency of government, with parliament largely holding the financial purse strings. But, after the elections were repeatedly postponed, Gotabaya Rajapaksa has largely governed without a parliament for the last four months, during this period of pandemic and worsening economic distress.

He won a thumping victory in the presidential elections in November 2019, with the electorate worn out by the political wrangling between President Maithripala Sirisena and PM Wickremesinghe, which paralysed governance in many areas. Gotabaya Rajapaksa won 52% of the vote, with his main electoral platform of national security resounding in the aftermath of the Easter Sunday terror bombings which left over 290 people dead.

The ruling party has campaigned that their platform of a “strong government” will not be compatible with the provisions of the 19th amendment, which put major restrictions on presidential powers and expanded the role of the prime minister.

Who will lift the victory cup on August 6?

With the economy and the COVID-19 pandemic ensuring a lacklustre campaign, observers were predicting that voter turnout will not be comparable to the 2019 presidential elections (83.7%) or the 2015 parliament elections (77.66%).

As mentioned earlier, the counting will begin at 8 am on Thursday, rather than the traditional process of opening the ballots just after voting ends.

The SLPP is largely expected to win the majority, with the opposition having largely granted the victory on a platter.

The main issue that observers will look forward to during counting on Thursday is whether the ruling party will get the desire two-thirds majority. This is a difficult proposition with the proportional representation (PR) seats acting as a buffer. Till now, no party or a political coalition has won a two-thirds majority, after the introduction of the PR system. This meant that even Mahinda Rajapaksa did not get the requisite 150 seats in the elections after his government’s victory in the civil war.

Even if the ruling party does not get the 2/3rd majority, defections can be engineered from the opposition camps to bolster its strength and take it past the required numbers.

This election almost has an existential element for TNA in the north and east, as it faces a lot of challengers from a divided Tamil polity. The return of the Rajapaksa brothers has also meant that there is greater disillusionment among Tamil voters that their aspiration for proper implementation of the 13th amendment, that calls for devolution of powers to provinces, is unlikely to be met. 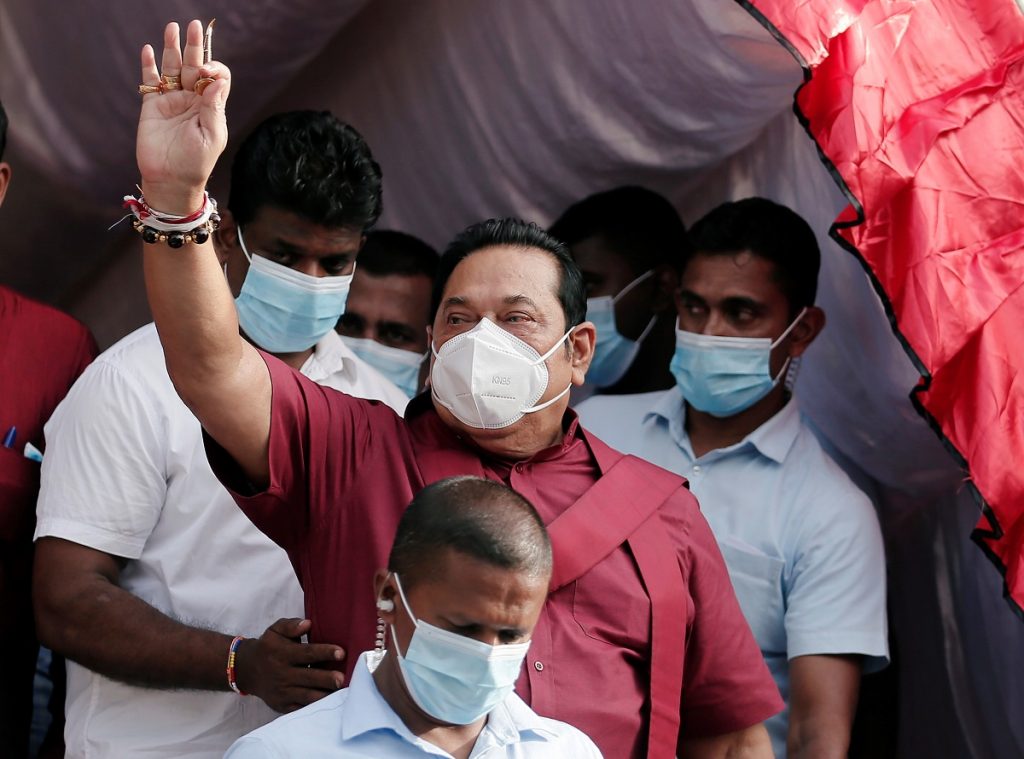 What does it mean for India?

The victory of Rajapaksas in the presidential polls had already led to concern in New Delhi, with external affairs minister S. Jaishankar rushing to Colombo for a face-to-face meeting with the new leadership.

However, the ruling party continues to lean heavily towards China, with many of the major infrastructure projects having begun during Mahinda Rajapaksa’s presidential terms.

Meanwhile, India’s investments are in the doldrums. The election campaign led to the opposition party JVP and trade unions to strike work to demand that that east container terminal will not be handed over to India and Japan.

Along with the margin of the ruling party’s victory, India will also be looking at TNA’s numbers – as it provides some leverage to New Delhi to keep the devolution issue on the table.

The perilous state of the economy, however, also gives India an opportunity, with the Sri Lankan government facing high debt and a refinancing crisis that has been exacerbated by the COVID-19 pandemic. It is estimated that Sri Lanka’s debt repayment will amount to around $4 billion per year – for the next five years.

According to the World Bank, the Sri Lankan economy is expected to shrink by 3.2% this year. The last government figures show that the economy shrank by 1.6% in the first quarter of 2020.

Last week, the Reserve Bank of India agreed to a $400 million currency swap facility for Sri Lanka till November 2022. This comes five months after Mahinda Rajapaksa had first asked for a moratorium on debt repayment during his visit to India in February this year. Sri Lanka owes approximately $960 million to India.

The other opening for India would be in the United Nations Human Rights Council, where Sri Lanka is expected to continue to face pressure from the West for accountability of alleged war crimes by the security forces in the last months of the civil war.