'In fact, if you are looking at disinformation, the best example is the country next door which is circulating fictional and fabricated dossiers and purveys a regular stream of fake news.' 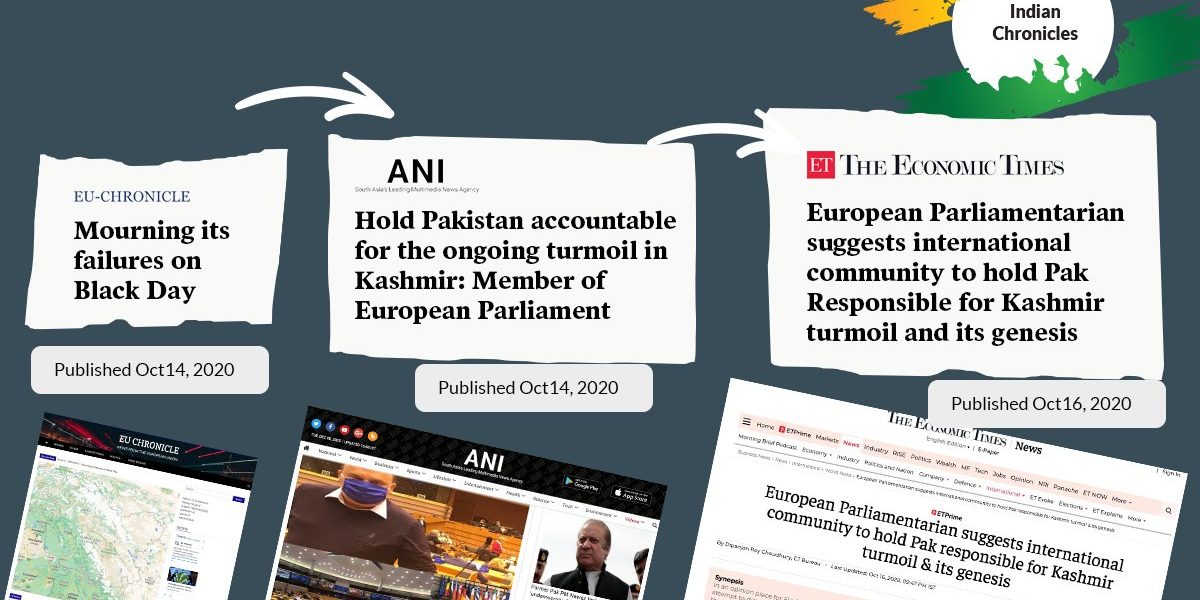 An EU DisinfoLab graphic attempting to show how misinformation was purportedly made to appear on the media. Photo: Twitter/@DisinfoEU

New Delhi: India on Friday claimed that as a “responsible democracy”, it does not operate disinformation campaigns, and instead pointed the finger at Pakistan as the “best example”.

On Wednesday, a European Union non-profit group researching disinformation campaigns had released a report claiming that it had unearthed a 15-year-old Indian influence operation “targeting international institutions and serving Indian interests”, which was done primarily through resurrecting old NGOs and even “dead people”.

The report by EU DisinfoLab stated that the operation apparently “led by the Srivastava Group and amplified by ANI” was aimed at largely discrediting Pakistan in international fora.

The revelations by @DisinfoEU on the widespread Indian network of subversive activities vindicates Pakistan’s position & exposes its detractors. The international community needs to take notice of a rogue Indian regime that now threatens the stability of the global system.

During the weekly online briefing on Friday, the Ministry of External affairs spokesperson dismissed these allegations. “As a responsible democracy, India does not practice disinformation campaigns,” said MEA spokesperson Anurag Srivastava.

He then stated, without taking names, that Pakistan would be a better target for probing a disinformation operation.

“In fact, if you are looking at disinformation, the best example is the country next door which is circulating fictional and fabricated dossiers and purveys a regular stream of fake news. Disinformation is practiced particularly by those who have records to hide such as sheltering international wanted terrorists including Osama-bin-Laden. And seek unsuccessfully to cover up their own tracks such as on the 26/11 Mumbai attack”.

The researchers of the report stated that they “could not come with enough evidence to do a formal attribution and we encourage everyone to refrain from attributing definitely Indian Chronicles to some specific actors (e.g. Indian intelligence services) without digging further”.

However, they had also pointed out that there had been several doubts raised especially due to news agency ANI’s “ambiguous” ties with the Indian government. The Srivastava Group had backed the ‘think tank’ – International Institute for Non-Aligned Studies – which was the organiser for the trip of members of European parliament to Kashmir, during which they also met with Prime Minister Narendra Modi.

While the researchers had noted that they were aware that their findings would be exploited by Pakistani authorities, they said that the principle behind their research was there was no such thing as “good disinformation”.

“Let us bear in mind that it is not because one side uses dodgy influence campaigns that the other side does not – and a simple Google search will lead you to read about inauthentic behaviours supporting Pakistani interests.”