India's rulers have remained complacent even as Pakistan is heading towards becoming a satellite of China. While Vajpayee sought to unite the subcontinent, polarising divisions have become the order of the day even within the country. 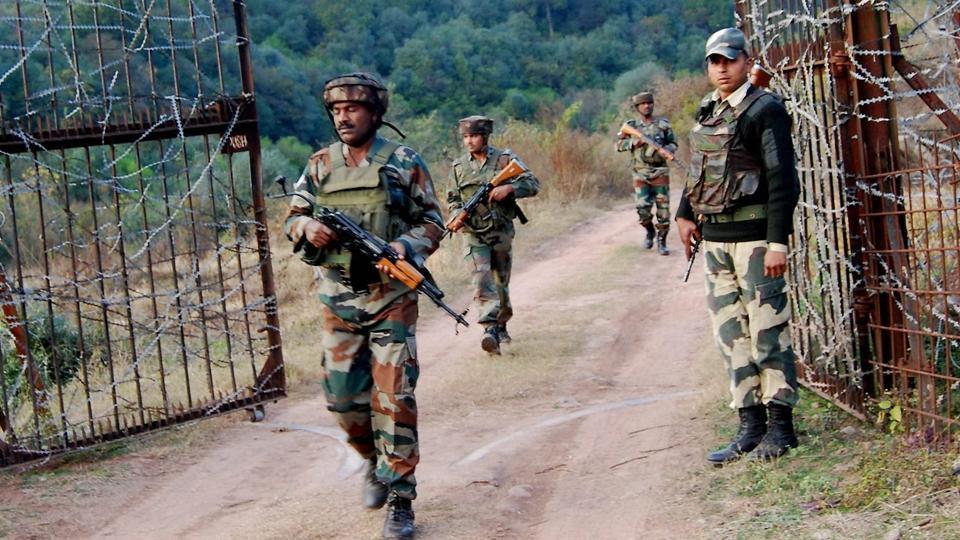 A file photo of soldiers taking position near the Line of Control in Poonch. Photo: PTI

A recent article in The Wire by Rear-Admiral Raja Menon argued that India must improve trade and other relations with Pakistan since India now faces the prospect of a two-front war – with Pakistan as well as China.

He is right, but his argument is too little too late. India has faced the possibility of a two-front war since at least 1965, when Pakistan (and perhaps some world powers) hoped that China would rattle a sabre on India’s eastern front during that year’s Indo-Pakistan war. We now face the possibility of a coordinated twin-front, or multi-front, confrontation. That officers of the two armies are now posted in each other’s forces indicates that jointmanship in operations might resemble that of the US and British forces during the World War II.

Close relations between China and Pakistan date from the 1950s, the decade during which China began work on the almost impossible Karakoram Highway. A thousand persons died doing it, 200 of them were Chinese. That should have already given India’s strategists a pause. That connectivity was not meant for tourism. Nor, at that time, for trade.

But of course, Menon is absolutely right to hold that India has been ill-served by the bunch who pass for its strategists and security analysts. As a country, we have lacked strategic insight and geopolitical vision. Even those who pass for ‘China experts’ don’t focus on Gilgit, which the British viewed as the geopolitical nub of Jammu and Kashmir since the 1870s. (They still do. So do the Chinese.)

Vajpayee had a strategic vision

That bold statement was a stark contrast to the current policy of appeasing China, even four- and-a-half years after it pushed in at the most vulnerable point on India’s border, and a couple of years after the PLA pushed in at Ladakh, and then mobilised along the entire eastern front.

Vajpayee not only understood the unfolding threat dynamics, he had a brilliant vision to counter it. Already accepting at the end of the last century the choice Menon now recommends, Vajpayee made every effort to win over Pakistan.

Only the deliberately obtuse insist that he conducted the 1998 nuclear tests as belligerence against Pakistan. No. Vajpayee followed Narasimha Rao’s plan to bring India’s nuclear weapons programme into the open expressly to defend against China’s weapons. He said as much in writing to the US president – who promptly leaked the letter to the New York Times – but that is a different story.

I was present at SAARC’s Colombo summit a couple of months later when Vajpayee tried to initiate peace in a two-hour one-on-one talk with Pakistan Prime Minister Nawaz Sharif. I stood in the corridor watching Vajpayee leave the room looking a hundred years old as he shuffled dejectedly. Sharif had been too surprised to respond in Colombo, but was responsive when they met again on the sidelines of the UN General Assembly that September. Vajpayee’s Lahore bus trip came about in February the next year.

It was a rocky road – the Kargil war followed a few months later – but Vajpayee finally broke through five years later, at the Islamabad summit of SAARC in January 2004. It has been wiped from our collective memory that that summit agreed to bring about a South Asia Free Trade Area (SAFTA) by 2006, something akin to the EU by 2008, to include Afghanistan in SAARC, and open the way for Iran to join. The lynchpin for those agreements was Indo-Pak détente, and determination to sort out the Kashmir dispute.

Of course, those Earth-shaking decisions sent shock waves across the globe. Major world powers, the arms trade, and organisations such as Jamaat-e-Islami in Pakistan were aghast.

China had most reason for distress. At the turn of the millennium, it had allocated funds to deepen the Gwadar port and upgrade the Karakoram Highway. A China-Pakistan Economic Corridor was doubtless already in China’s long term plans.

Vajpayee’s breakthrough was soon brought to naught. He lost the 2004 election. J.N. Dixit, who tried valiantly as national security advisor to push forward that plan, was dead by the end of the year. The back-channel continued but it lost momentum, especially when fundamentalist forces, the chief justice, and lawyers in Pakistan forced Gen Pervez Musharraf to give up real power by 2007.

Orchestrated uprisings in Kashmir and then Jammu, the ‘Muzaffarabad chalo’ march, the Mumbai carnage that November, and a prolonged Chinese incursion into Ladakh, all in 2008, ended what remained of the détente. China’s refusal to give visas to citizens from Jammu and Kashmir on Indian passports in 2009-10 should have told strategists in India how disastrous reversing Vajpayee’s gains would prove.

Indeed, Pakistan had already signed a Treaty of Peace, Friendship, and Good-Neighbourly Relations with China a year after Vajpayee was brought down. The odd wording of that title should have warned India’s strategic community of what was afoot: the only way China and Pakistan are neighbours is if Jammu and Kashmir belongs to one or both of them.

India’s rulers have remained complacent even as Pakistan is becoming a satellite of China. While Vajpayee sought to unite the subcontinent (and envisioned a highway of trade and cultural relations from the Caspian to Java, with India as its central hub), polarising divisions have become the order of the day even within the country.

So complacent are our most highly placed strategists even while war clouds loom darkly along the eastern borders that they have, I am told, remained at loggerheads over who should be the new Chief of Defence Staff (CDS) for more than a month now.

Also read: After Three Years of Central Rule in Kashmir, the Ground Situation Is No Better

A ‘two-front war’ suggests two separate wars fought simultaneously. The stark fact now is that India faces a twin threat – nay, a conjoined one. There are Chinese troops across the Line of Control in J&K, as well as in mainland Pakistan (ostensibly for CPEC security). And Pakistani officers were posted last year among the vast array of Chinese military deployed along India’s eastern borders. This is a seamless alliance.

Over the past six months, moreover, the West has left Afghanistan to the tender mercies of Pakistan and its eastern mentor. Anyone who thinks that happened by chance is not an analyst or strategist. Armaments were left for Pakistan to use against India.

The almost simultaneous emergence of an Australia-UK-US alliance basically ditched India to prioritise Taiwan and the Pacific. While the Quad remains a talk-shop (to which the paralysis in India’s strategic planning has restricted it), there is now talk of Japan overcoming its horror of nuclear weapons to turn AUKUS into JAUKUS.

Talking of convincing Pakistan to increase trade and other relations is a good idea, but might come across as desperation at a time in which India seems so isolated. When Vajpayee actually made it happen – and was resisted by those at home whom world powers have now left in the lurch – India would have seemed like a visionary peacemaker. Its economy was booming, and some predicted that that was just its ‘sunrise’.

At this point, we must do everything possible to win back the trust of at least Nepal. For, tragically, various south Asian countries which Vajpayee was binding into a bloc are being pulled into China’s ambit. Pakistan is only the farthest along that trajectory.

David Devadas is the author of The Story of Kashmir (2019) and The Generation of Rage in Kashmir (2018). He comments on geopolitics.