The protests we are witnessing now are triggered by an economy of greed, creation of a debt trap and rent collection, rising costs of living and ordinary citizens facing an economic crisis of survival. 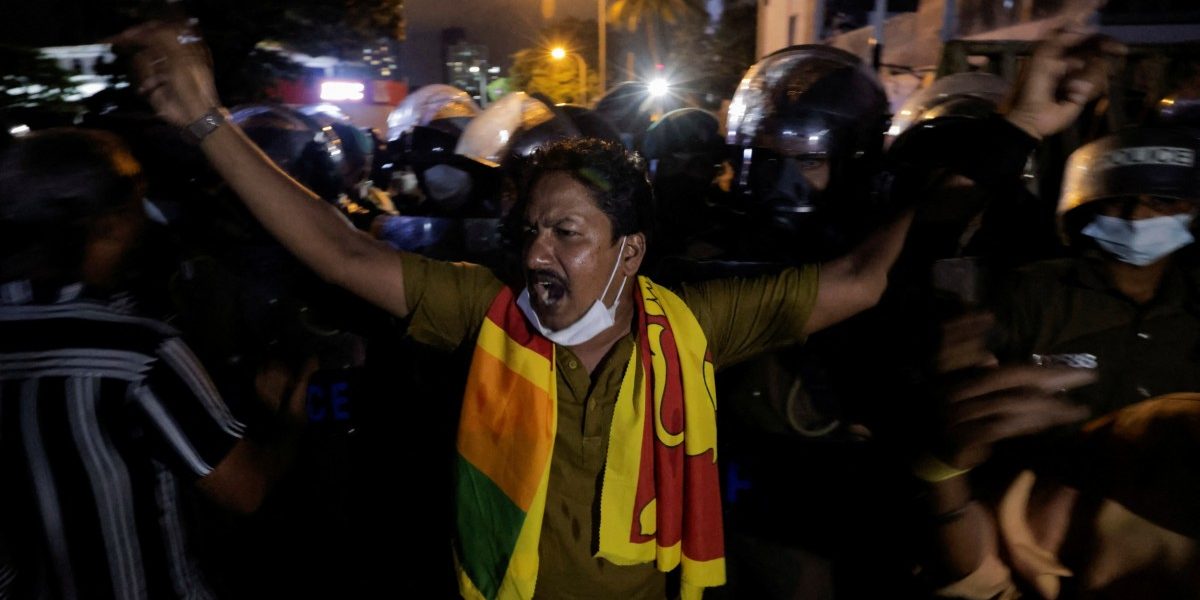 Sri Lanka, Serendip, the jewel in the Indian Ocean, is facing a severe political and economic crisis.

The crisis has multiple roots but has intensified in the last two years with COVID-19, climate change, the debt crisis, the contribution of chemical fertilisers to debt, climate emissions and climate vulnerability.

The protests we are witnessing now are triggered by an economy of greed, creation of a debt trap and rent collection, rising costs of living and ordinary citizens facing an economic crisis of survival. Such protests were common sights across the world in 2019, before COVID-19 and the lockdown. Recall Beirut and Chile. When the cost of living becomes unbearable, people rise. And across the world countries are being trapped in debt to generate billions for the billionaires and banks.

Sri Lanka is facing a serious debt and foreign exchange crisis. This is a direct result of the neoliberal policies of corporate globalisation that make countries borrow more and more for the infrastructure of profits – ports, power plants, highways, resorts – to then end up in a debt trap. This in turn forces to pay more for essentials.

Sri Lanka’s foreign debt is at $12.55 billion, with the Asian Development Bank, Japan and China among the major lenders. My mind goes to Susan George’s book A Fate Worse than Debt.

Over the last decade China has lent Sri Lanka more than $5 billion for the construction of highways, ports, an airport and a coal power plant. Forty-seven% of Sri Lanka’s external debt stock is owed to international capital markets, 22% is held by multilateral development banks, followed by Japan having 10% of Sri Lankan external debt.

China accounted for 30% of all Foreign Direct Investment (FDI) in big projects in Sri Lanka from 2012-16. According to the Gateway House, Chinese debt and equity are funding more than 50 projects worth more than $11 billion. Most are roads and water treatment plants, but the largest projects are the Hambantota Port, the Colombo Port City and the Lakavijaya Thermal Power Plant – all three funded by Chinese government-owned banks and being built by Chinese contractors.

As Amit Bhandari and Chandni Jindal of Gateway House wrote:

“During 2017, Sri Lanka’s government spent 83% of its revenues on debt repayment, a quarter of which was for foreign borrowings. The country’s external debt repayments are projected to double from $2.1 billion in 2017 to $3.3-$4.2 billion annually from 2019-22. It is not surprising that Sri Lanka chose to convert some of this debt into equity and hand over Hambantota to China Port Holding in 2017.”

In February 2022, the country had only $2.31 in foreign exchange reserves, too little to cover its import costs and debt repayment obligations of $4 billion.

A foreign exchange crisis has led to the inability of the government to pay for imports of essential commodities, including fuel. The dependence on fossil fuel imports has led to an economic crisis, with power cuts of up to 13 hours and galloping inflation after the currency was devalued.

Also read: Backstory: The Media Can Learn From South Asia in These Times of Turmoil

The 22 million citizens of Sri Lanka are facing a crisis of survival, and have risen in protest against the government. Ministers have resigned. Emergency rule had been declared. The country is surviving on credit.

Sri Lanka’s capacity to pay back its loans with interests was badly hit by COVID-19. Tourism and foreign workers’ remittances was one of Sri Lanka’s main foreign exchange earners. The pandemic dried up both. Foreign exchange reserves plummeted by almost 70% in two years.

The Ukraine crisis has further amplified the issue, with oil and fertiliser prices rising. Sri Lanka has turned to the International Monetary Fund, India and China for credit. The devaluation of the Sri Lankan currency was part of the IMF restructuring demand.

In February, India sent diesel shipments under a $500 million credit line. Sri Lanka and India have signed a $2 billion credit line for importing essential items including food and medicine.

China provided the Central Bank of Sri Lanka with a $1.5 billion swap and a $1.3 billion syndicated loan to the government. China is considering to offer the island nation a $1.5 billion credit facility and a separate loan of up to $1 billion.

South Asia is economically and ecologically rich due to monsoons. Climate change is severely impacting the monsoons, and with it agricultural production. According to the latest IPCC report, for every 1% increase in temperature, intense and extreme events related to South Asian monsoon will increase by 7%.

We cannot address climate change, and its very real consequences, without recognising the central role of the industrial and globalised food system, which contributes more than 50% to greenhouse gas emissions through deforestation, animals in concentrated animal feeding operations (CAFOs), plastics and aluminium packaging, long distance transport and food waste. 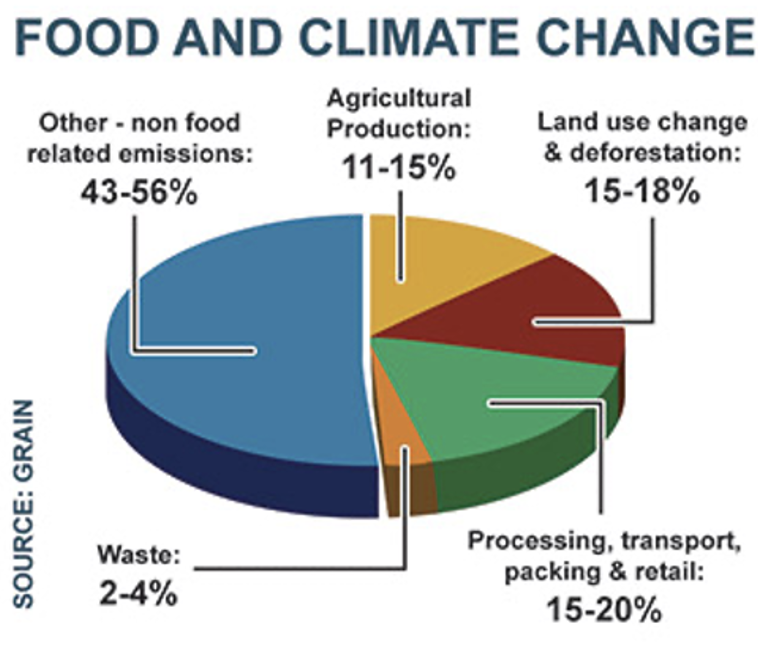 “Food and climate impacts go both ways. Climate change creates significant risks to the food system, with rising temperatures and changing weather patterns threatening enormous damage to crops, supply chains and livelihoods in the decades ahead,” a 2019 IPCC report noted.

Unstable weather has also contributed to the Sri Lankan crisis.

Also read: Sri Lanka’s Passage Into an Alley of Darkness – and Lessons for India

The Ukraine war is making matters worse. Fertiliser, fuel and food prices are rising everywhere. The ‘Poison Cartel‘, which gains from selling costly fertilisers, is using the crises to undo all the steps countries have taken to create agriculture policies which are free of fossil fuels and fossil fuel-based chemicals, and are resilient to climate change.

The big chemical corporation are portraying the Sri Lankan crisis as related to recent stop in import of chemical fertilisers in April 2021. The ban was due to Sri Lanka’s debt crisis. A ban on imports does not automatically translate into policies for food sovereignty, however. Food sovereignty requires a transition to ecological agriculture – in practice, in research and in policy. Cuba, for example, managed the fuel and fertiliser crisis triggered by the collapse of the Soviet Union through a transition to organic agriculture supported by policy and research.

COVID-19, climate change and chemicals have created a perfect storm in Sri Lanka. The storm could impact any country that is being recolonised by a debt trap. Reclaiming economic sovereignty, beginning with food sovereignty, is the solution to climate resilience, freedom from debt, fossil fuels and chemicals.

Localisation instead of corporate globalisation, ecological sustainability and sovereignty instead of fossil fuel intensive, capital intensive, debt intensive economies are the path to peace and freedom, resilience and self-reliance – for individuals, communities, countries and the planet.

Vandana Shiva is the executive director of Navdanya, New Delhi.