Unless political parties agree to hold national elections, this uncertainty is likely to continue. 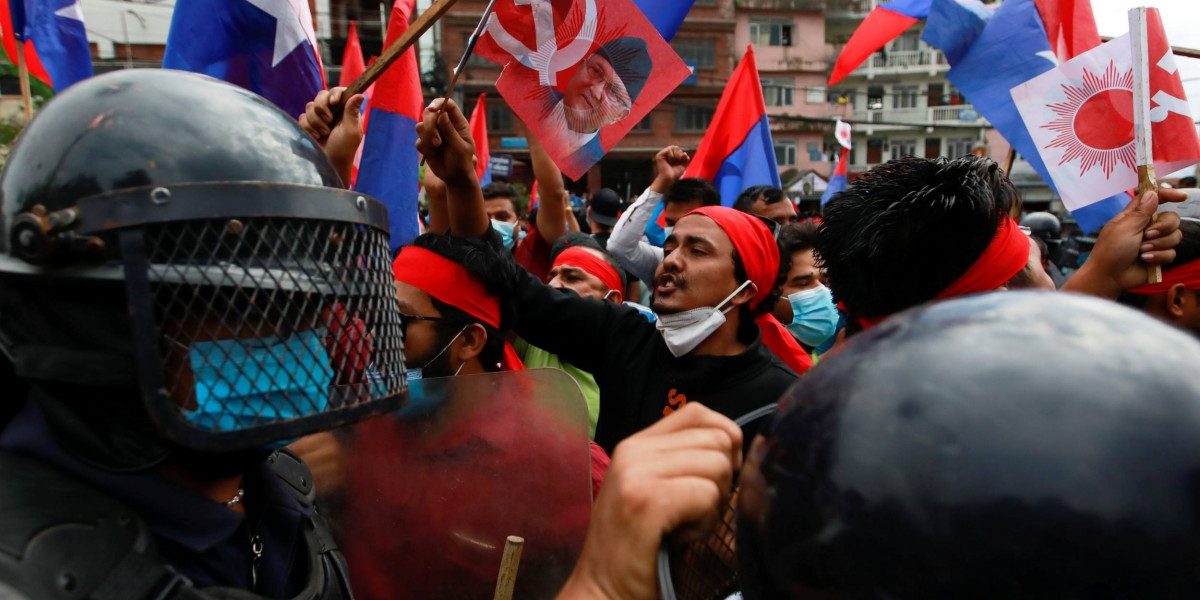 Nepal’s Supreme Court on Monday reinstated the House of Representatives (HoR), dissolved by Prime Minister K.P. Sharma Oli on May 22, for the second time in six months.

The court issued an order to the president’s office to appoint Nepali Congress president Sher Bahadur Deuba as the new prime minister within 28 hours of the verdict, which the president did on Tuesday. The court also set a date for summoning a meeting of the HoR.

The Supreme Court verdict has averted a likely political and constitutional crisis, because there was only a slim possibility that national elections would be held in November as announced by Oli.

Nepal’s constitution has envisaged that parliamentary elections should be held within six months of parliament dissolution; otherwise there will be a constitutional vacuum.

Though the court’s order helped bring the HoR back on track, uncertainty still looms large about the future course of action. Major parties are internally divided and parties are not on the same page on how to move ahead.

As per the constitutional provisions, Prime Minister-nominated Deuba will have to win a vote of confidence within 30 days of parliament beginning. If he fails, the constitution allows him to dissolve the parliament and call for elections.

If he wins the vote of confidence, all constitutional processes will be fulfilled and there will be no questions regarding the dissolution of parliament. On May 21, the opposition alliance had submitted signatures of 149 lawmakers demanding that Deuba be appointed the new prime minister, so his support base in the parliament is known to exist.

On the basis of these signatures, the Supreme Court ordered the president to appoint Deuba as the new prime minister. The 149 lawmakers also include 27 lawmakers of the CPN-UML and 13 lawmakers from the Janata Samajbadi Party (JSP). There was no dispute within the Nepali Congress and CPN (Maoist Center).

It is not certain, however, whether all of these 149 lawmakers will support Deuba, because talks are underway between two factions of the CPN-UML led by incumbent Prime Minister Oli and Madhav Kumar Nepal. Similarly, it is uncertain how many lawmakers from the JSP will lend their support to Deuba in parliament.

If Deuba secures a vote of confidence, his government is likely to stay for 1.5 years and parliament will complete its full tenure. But since the opposition alliance is internally divided, power-sharing issues may emerge as a bone of contention among parties.

If Deuba fails to get the support of majority lawmakers, it will be mandatory to hold elections within the next six months. For that to happen, consensus among key political parties is necessary. Now, the CPN-UML, which emerged as the largest party in the national elections held in 2018, will be in the opposition.

Oli’s party may not agree to go for elections under the Deuba-led government. Along with Oli, a faction of the JSP led by Mahantha Thakur and Rajendra Mahato is likely to stay in the opposition front.

Past experience shows that forging a consensus in these scenarios proves tough. In 2013, when there was no agreement among parties to hold second Constituent Assembly elections, then Chief Justice Khilraj Regmi was placed as head of government.

So, uncertainty is unlikely to end until national elections are held through consensus among major stakeholders. Conflicting versions among parties about the future roadmap, growing intra-party rifts and a fragile coalition government means crisis still looms large, with no indication of political stability in the near future.