As Bangladesh Rises, Sri Lanka Finds India is Not the Only Neighbour With Deep Pockets

The currency swap arrangement between Sri Lanka and Bangladesh seems to be the first time that any country other than India has provided macroeconomic support to another South Asian country. 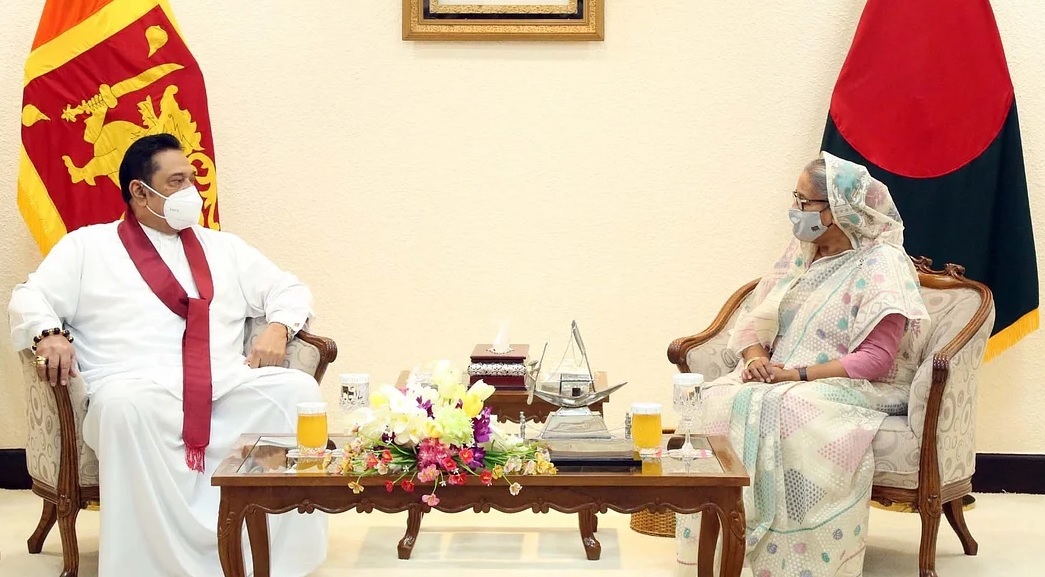 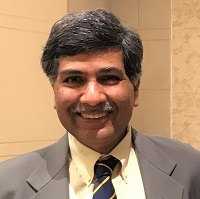 About two weeks ago, Bangladesh’s central bank approved, in principle, a $200 million currency swap deal for Sri Lanka, intended to bolster the latter’s dwindling foreign exchange reserves. This has evoked more than a little surprise, given the overall development levels of the two countries: Sri Lanka’s income per person is twice that of Bangladesh (in terms of current US dollars), and the global perceptions of Bangladesh are not always flattering. How did it come to this?

The proximate cause of Sri Lanka’s plight is government borrowing, especially from foreign sources. When its civil war ended in 2009, Sri Lanka enjoyed a peace dividend. Its economic growth accelerated from 3.5% in 2009 to 8, 8.4 and 9.1% over the next three years. However, this growth was driven by unsustainable increases in government spending, with the rolling out of mega infrastructure projects, largely financed by the public sector. One example is the economically unviable Hambantota Port.

However, a big part of the crisis owes to Sri Lanka’s trade regime and the resulting trade outcomes. In 1977, Sri Lanka became the first country in South Asia to start liberalising its protectionist trade stance; it reaped handsome dividends in the form of a rising share of exports and trade in its economy. Unfortunately, this course was reversed in the early 2000s, with the introduction and increasing importance of non-transparent “para-tariffs”: tariffs that have different nomenclatures such as cess, ports and airport levy, etc., but that are import duties in all but name. If such para-tariffs are included in the calculation of overall tariffs, as they should be, Sri Lanka’s reported average tariffs (2016 data) shoot up from 10.8% to 22.4% (see Chapter 2 in A Glass Half Full). Moreover, these average tariff calculations obscure the much higher overall import protection as well as “effective protection” in sectors of domestic interest. Overall, these changes led to an increasingly “anti-export bias” in the economy, with growth being propelled by non-tradable sectors. Such impulses have seen a renewed boost since a new government, led by President Gotabaya Rajapaksa, came to power in late 2019. 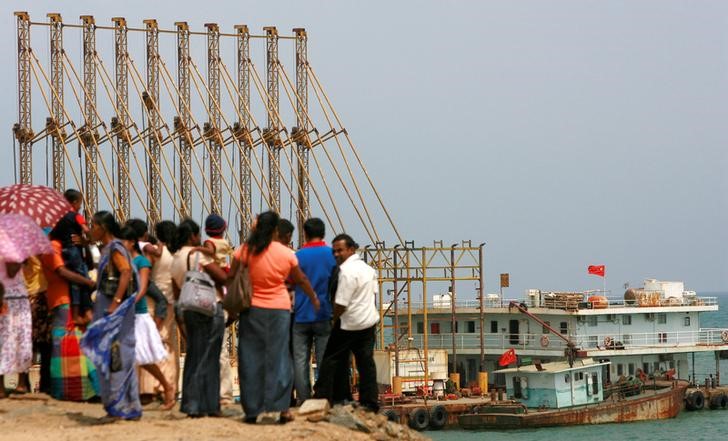 Contrast this with Bangladesh. Famously dubbed as a “basket case” by Henry Kissinger at the time of its independence in 1971, Bangladesh has been a remarkable case of sustained and rising growth. One reason for this is its sound macroeconomic management, arguably the best in South Asia. Despite very low tax revenue (a trait that it shares with Sri Lanka and most other South Asian countries), Bangladesh has been careful to not run large government deficits or take up projects that do not have a high economic and social rate of return. Its external debt as a share of GDP has fallen from a peak of 44% in 1994 to 16-18% over 2016-19. Part of the reason for this was the steady increase in Bangladesh’s growth rate, which meant that GDP increased much faster than external debt. This falling debt has provided space to Bangladesh’s private sector, unlike Sri Lanka, where rising debt tends to “crowd out” its private sector: a telling example of this is the share of interest payments (domestic and foreign) in total government revenue, which was as high as 47.5% in Sri Lanka in 2019, versus around 18.5% for Bangladesh in 2016 (and likely falling or steady thereafter, see World Bank Data).

Bangladesh’s export story is more nuanced, but nonetheless very impressive. Like Sri Lanka, Bangladesh has been unable to diversify its export basket. Readymade garments comprise as much as 83% of its total exports. However, unlike Sri Lanka, Bangladesh’s exports have contributed significantly to its overall economic growth story. Sustained by its apparel sector, exports grew from 11.1% of GDP in 2004 to 15.3% of GDP in 2019: implying that exports grew much faster than an already fast-growing domestic economy. Perhaps the simplest way to contrast the relative export performance is to look at the absolute export numbers. In 2004, both countries’ exports of goods and services were at $7.3 billion. In 2019, Sri Lanka’s exports were $19.4 billion, Bangladesh’s $46.3 billion (World Bank data). Even though Bangladesh is heavily reliant on garments, and needs to diversify, it also has a lot of room to continue to grow in the garments sector, based on its expertise in mass manufacturing and its large pool of labour. It is now among the top three apparel exporters in the world, and, along with Vietnam, is gradually taking market share from China, still the dominant player in this sector.

It needs to be said that Bangladesh also has a strong anti-export bias in its overall trade orientation, based on similar considerations as in Sri Lanka: non-transparent para-tariffs, and much higher effective protection in sectors where there is a domestic interest. However, this approach has not hurt Bangladesh on the macroeconomic front in the same way that it has Sri Lanka. One reason, of course, is that Bangladesh is a much bigger economy, and trade is not expected to play as important a role as in Sri Lanka. But there is another reason as well: Bangladesh has protected its high-performing apparel sector from the inefficiencies of its overall trade regime through a special dispensation that was not available to other exporting sectors (see box 2.3 in Strengthening Competitiveness in Bangladesh). This has worked remarkably, at least so far, enabling Bangladesh to capitalise on a deep world market for inexpensive clothing, and in the process increasing (pre-COVID) total employment of about four million garment workers, about 40% of the country’s total industrial employment.

Garment workers return from a workplace as factories reopened after the government eased COVID-19 restrictions in Dhaka, Bangladesh, May 4, 2020. Photo: Reuters/Mohammad Ponir Hossain

And thereby hangs a tale

Sri Lanka’s persistent and often large shortfalls in its trade and current account meant that it needed capital inflows to cover the external deficit. It was also borrowing for large projects and thus racking up additional debt. And its inflows of foreign direct investment were sluggish and well below par. Bangladesh’s current account deficits, on the other hand, were rarely over 2% of GDP (in fact, they were often in surplus, not a good sign of investment potential, but that is another story); it also enjoyed soft loans from the World Bank and the Asian Development Bank. Thus, Sri Lanka’s external debt service (principal repayments plus interest) as a share of exports of goods and services rose sharply from 5.5% in 2005 to 31.7% in 2019; for Bangladesh, this ratio came down from 34% in 1990 to 5% in 2010, and, while rising somewhat in the last few years, was at a manageable 12.8% in 2019.

The foreign exchange reserves of the two countries encapsulate this story. In 2000, the reserves of both countries stood at around $1 billion. By 2019, Sri Lanka’s reserves had crept up to $7.7 billion, while Bangladesh’s had shot up to $32.7 billion. By February 2021, Bangladesh’s reserves had crossed a record $45 billion, while Sri Lanka’s had dwindled to $4.5 billion (April 2021). Currently, while Bangladesh’s reserves are sufficient to cover almost eight months of imports of goods and services, Sri Lanka is down to less than two months of import cover (using import figures from 2019, the pre-COVID year). Such a low cover is very risky; it prompted the Central Bank of Sri Lanka to seek emergency assistance from multiple sources, including from Bangladesh Bank.

The currency swap arrangement for Sri Lanka seems to be the first time that any country other than India has provided macroeconomic support to another South Asian country. Given current economic trajectories, it would not be surprising if Pakistan approaches Bangladesh with a similar request in the foreseeable future.

From a South Asian perspective, the rise of Bangladesh is a welcome development, for several reasons. First, it helps move South Asian countries move away from a fixation on India, and provides opportunities for more meaningful (non-India) bilateral economic partnerships in the region. Second, it helps India to be less dominant. For example, in the BBIN (Bangladesh, Bhutan, India and Nepal) subregion, both Nepal and Bhutan are looking at exporting hydropower to Bangladesh. With its growing economic clout, Bangladesh can potentially import increasing amounts of hydropower from Nepal, which can reduce the latter’s fears about being too dependent on India as a market for energy. Third, the growth of Bangladesh’s middle class and its multinational firms support the deepening India-Bangladesh relationship, a win-win for both countries. Fourth, other countries in the region can learn from Bangladesh’s experience of prudent macroeconomic management. All of these factors can help chip away at the trust deficit induced by India’s disproportionate weight in South Asia.

This is not to say that Bangladesh does not have its fair share of problems. That is a discussion for another time. For now, South Asia (and the world) can celebrate the rise of a significant economy that can play an increasingly positive role in the region.