The documentary, titled 'All the Prime Minister's Men', claimed that the Bangladesh Army chief General Aziz Ahmed had been aiding his brothers, who had been convicted of murder. New Delhi: The Bangladesh high court on Wednesday directed the national telecom regulator to remove all online uploads of an Al Jazeera investigation which claimed that the Bangladesh Army chief General Aziz Ahmed had been aiding his brothers, who had been convicted of murder.

According to the Daily Star, the high court’s division bench said that it was exercising “extraordinary jurisdiction” in its order to the Bangladesh Telecommunication Regulatory Commission (BTRC) to immediately remove the documentary All the Prime Minister’s Men.

In a separate case, a complaint of sedition was filed against four people linked to the documentary, including a senior official of Al Jazeera.

The Qatar-based news network had claimed that the army chief had helped his three brothers escape and run businesses abroad by providing them with an elaborate network of fraudulent paperwork, including fake passports and birth certificates.

The documentary had also claimed that one of the brothers, Haris Ahmed, had been a middleman in government contracts. Further, the investigation alleged that the brothers were at the heart of a job scam in police forces, with payments made to ministers and senior police officers.

The Al Jazeera documentary also alleged the army chief’s activities to help his brothers had the implicit support of Bangladesh Prime Minister Sheikh Hasina. Besides, the Bangladeshi Army was accused of buying surveillance technology from Israel, a country that it doesn’t recognise.

A day after the documentary was released, the Bangladesh foreign ministry issued a press release stating that the report was “nothing more than a misleading series of innuendos and insinuations in what is apparently a politically motivated ‘smear campaign’ by notorious individuals associated with the Jamaat-i-Islami extremist group, which has been opposing the progressive and secular principles of the People’s Republic of Bangladesh since its very birth as an independent nation in 1971”.

The Bangladesh Army denied the report, describing it as “false, fabricated, vested and ill-motivated”. On Tuesday, the Army chief told reporters that vested interests were spinning ‘propaganda’ to create confusion within the army and undermine the chain of command. 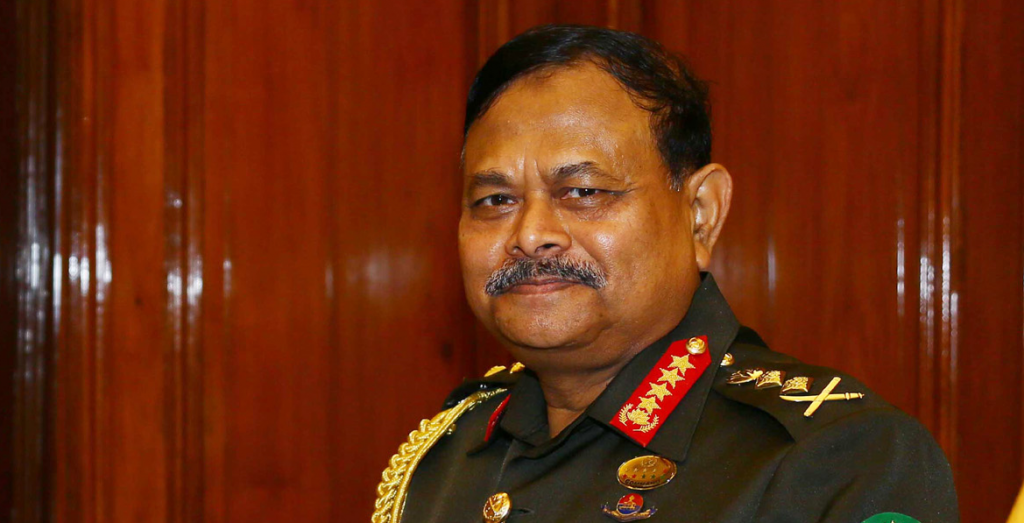 As per media reports, a lawyer had moved the high court on February 8 seeking a ban on the documentary and removal of copies from all social media platforms, including Facebook, Twitter, Instagram and YouTube.

The high court bench first observed that the petitioner had no locus standi, as there was “no prescribed law” for the BTRC to ask any social media platforms to take down content “that could malign the prestige and dignity of an elected democratic government”.

“In such a view of the matter, this court, exercising extraordinary jurisdiction, thus directs respondent no-5 (BTRC) to prevent further worsening of the situation by streaming through those social media – Facebook, Instagram, YouTube and Twitter – of that documentary both nationally and internationally,” said the two-judge bench of the high court.

Earlier on Monday, five out of six amici curiae (friends of the court) had given their opinion that the writ petition was not acceptable. They noted that there was no allegation of violation of fundament rights due to the Al Jazeera report, and therefore, the petitioner had no reason to be an aggrieved party to file a public interest litigation.

The Bangladesh attorney general said that since the documentary had “scandalised” the entire country, it allowed any citizen to move a write petition. He added that the news channel should not be blocked, but the report should be removed from digital platforms, the Daily Star reported.

The telecom regulator’s lawyer told the judges that “each and every organ of the state wanted the content removed”.

Bergman and Khalil have contributed to The Wire in the past.

As per the Dhaka Tribune, Malek has accused the investigative documentary of tarnishing the image of the Bangladesh government and the state, “which was tantamount to sedition.”

“The complainant pleaded with the court to issue arrest warrants against the accused through Interpol in this regard,” said the report.

While the Al Jazeera report has been shared widely on Bangladeshi social media, there has hardly been any reporting in mainstream media, apart from the denials from government officials.

In an editorial dated February 3, the Dhaka Tribune said that the “silence of the Bangladeshi media in this instance has been all-encompassing and deafening”. It added:

“The reason for our silence is simple: The current state of media and defamation law in Bangladesh, and how it is interpreted by the judiciary, makes it unwise for any Bangladeshi media house to venture into any kind of meaningful comment on the controversy.”

While the Bangladesh Army has been at the forefront of domestic politics for decades, it has remained in the backdrop after Sheikh Hasina’s latest stint in power since 2009, who has cultivated close ties with the military.