Bangladesh’s Restriction on Observers and Media Raises Concerns Before Elections

Instructions banning live media broadcasting of the polls is indicative of the election commission not being concerned about the perception of having a free and fair election. 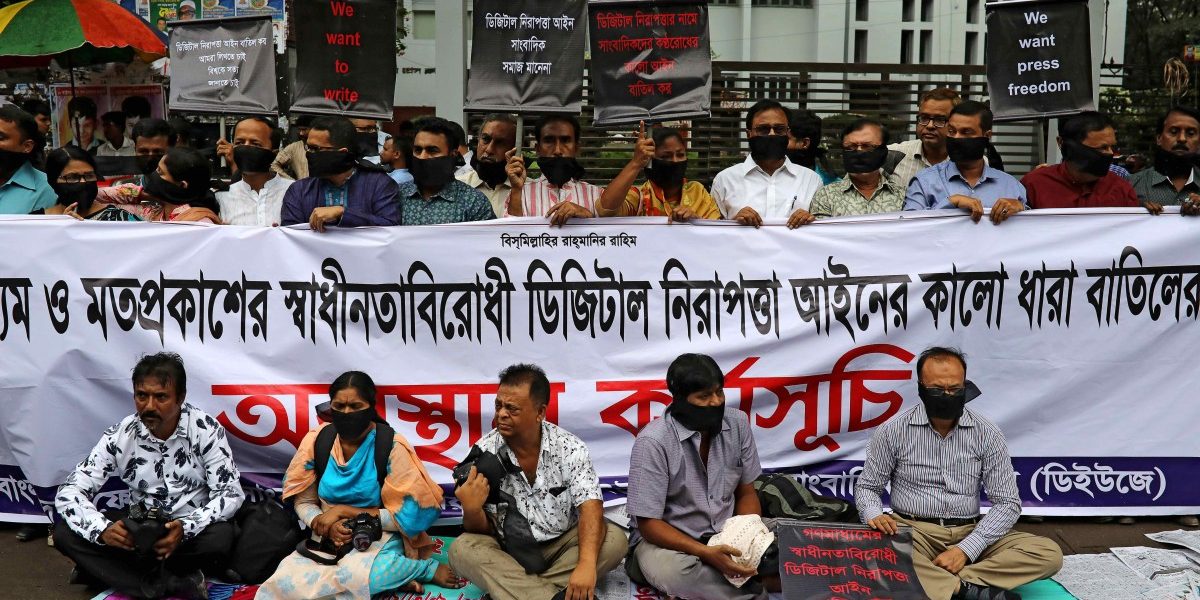 New Delhi: As Bangladesh gears up for voting day, restrictions imposed on the movement of journalists and observers by the election commission have increased concerns about the fairness of the conduct of polls on December 30.

On Thursday, the election commission withdrew its earlier ban on the use of motorcycles by journalists on voting day to visit various polling booths. This reversed the earlier announcement by the commission that it would not issue press stickers for motorcycles, but only for larger vehicles like sedans and micro-buses.

All vehicular movement is banned for 24 hours on voting day. Motorcycles received an extended ban of four days from December 29 onwards.

This change of heart highlights the other rules which continue to restrict the Bangladeshi media’s ability to broadcast regular and live coverage of voting for the 11th general elections on Sunday.

The EC in November issued a series of instructions for local observers, which include a total ban on talking to the media.

Criticising the orders, Bangladeshi newspaper the Daily Star published an article pointing out that the instructions are indicative of the fact that the EC isn’t concerned about the perception of having a free and fair election the Daily Star’s Nahela Nowshin wrote:

“Whether the EC agrees or not, there are some commonly accepted principles and standards which it must abide by if we are to believe that the EC indeed is an ‘independent body’ that can duly fulfil its responsibility of conducting the election in a free and fair manner. This requires the EC being aware of the boundaries of its authority, instead of dictating to the media and observers what it can and cannot do and defusing the channels of communication among those reporting and monitoring the election.”

As per EC instructions, election monitors “cannot talk, comment and give live interviews to media”. If observers do find any irregularities, they have to first inform the commission and only after that publish their observations.

The restrictions on journalists include orders that only one media person will be allowed inside a polling centre at a time.

According to a Dhaka Tribune report, the EC has approved 25,920 local observers. This may be a much larger than 8,878 local observers in the 2014 elections, but the 10th general elections were boycotted by the main opposition – the Bangladesh National Party.

The last elections in which all political parties had contended was in 2008, and it had 1,59,113 local observers at the time.

This means that Sunday’s voting will be monitored by less than a sixth of the number of observers who were keeping an eye on polling a decade ago, despite the number of voters and polling station being much higher in 2018.

A substantial number of local observers given permission by EC this time belong to Election Working Group (EWG), an umbrella group of 22 organisations.

On Thursday, EWG chairman Abdul Awal said that while they had acquired permission from EC, seven of their members had not received no-objection certificates from the government’s NGO Affairs Bureau. While three of them had decided not to send any observers, the other NGOs were also reducing their numbers due to lack of foreign funding.

According to Awal, there was a significant loss of interest among international development agencies to fund election observation missions around the world.

Further, he claimed that most development partners were channelling their funds towards Rohingya refugees.

The EWG will deploy around 6,500 observers out of the official approved list of 9,300.

On December 23, Bangkok-based Asian Network for Free Elections (ANFREL) announced that it had terminated its observation mission for Bangladesh elections due to “significant delays in the accreditation approval by the BEC and visa approvals by the MoFA.”

Earlier, Maldives government had not given visas to the ANFREL delegation to observe the presidential elections in September.

ANFREL also expressed concern that a high number of applications for local observers were not given accreditation. It stated:

The US state department publicly conveyed “disappointment” at Bangladesh government’s inability to grant credentials and visas to ANFREL within the timeframe in order to mount a “credible” observation mission. The US funds ANFREL through the National Democratic Institution.

The admonishment from the US statement department led Sajeeb Wazed, Awami League leader and son of Prime Minister Sheikh Hasina, to claim that ANFREL’s chairman is a former member of Bangladeshi opposition. This was immediately denied by the election monitoring group.

Bangladesh’s foreign ministry rejected the criticism from the United States, pointing out that 175 foreign election observers had been accredited by the EC.