Bangladesh’s Economy: What Did It Do Differently To Ride Out the Pandemic? A woman works in a garment factory in Dhaka, May 3, 2020. Photo: Reuters/Mohammad Ponir Hossain

Tickled by a gift of mangoes from Prime Minister Sheikh Hasina to the heads of state in neighbouring countries, the Indian media dubbed the move as Bangladesh’s ‘Mango diplomacy‘. But Dhaka said that it was simply sharing its ‘happiness’ with friends during a historic year.

The Golden Jubilee year of its independence, Bangladesh indeed has several reasons to celebrate. The country’s economic performance during the pandemic years was recently recognised in Bloomberg’s COVID-19 resilience ranking, where it ranked 24th out of 53 economies in the world that are worth over $200 billion.

According to a World Bank report ‘Bangladesh Development Update – Moving Forward: Connectivity and Logistics to strengthen Competitiveness‘, released in April 2021, “Despite the uncertainty created by COVID-19, the outlook for Bangladesh’s economy is positive.” It assessed that Bangladesh did extremely well when the pandemic hit and it had also launched a good number of stimulus packages to keep people employed despite the shocks.

From ‘basket case’ to ‘Asian Tiger’

The last few years has seen a sea change in the global image of Bangladesh. Once visualised as the epitome of poverty and hunger, its steady success of gross domestic product (GDP) growth is conspicuous as a symbol of assiduous enterprise. It is gratifying to see a South Asian nation once labelled a ‘basket case’ by Henry Kissinger being projected as a future ‘Asian tiger’ – that too, in his lifetime.

Indians were dazed by IMF projections that Bangladesh’s per capita GDP in dollar terms is expected to grow 4% in 2020 to $1,888, and India’s per capita GDP is expected to decline 10.5% to $1,877. This should not have come as a surprise at all. Even prior to the COVID-19 pandemic, India’s GDP has been consistently sliding from 6.8% in 2017, to 6.53% in 2018 and to 4.04% in 2019, crashing at -7% in 2020. On the other side, in 2019, Bangladesh’s was the world’s seventh fastest growing economy, with a GDP growth that was rising steadily surpassing an 8% mark. This, in spite of fiscal pressures because of factors like donor fatigue in response to the Rohingya crisis and revenue shortfall from an outdated tax administration.

Also read: As Bangladesh Rises, Sri Lanka Finds India is Not the Only Neighbour With Deep Pockets

The real marvel lies in the fact that even in FY’20, when economies around the world contracted as a result of pandemic lockdowns, Bangladesh managed a 5.24% growth. In FY’2021, its average per capita income stood at $2,227, higher than India’s $1,947.

With macro-economic stability as its cornerstone, Bangladesh’s economy has increased by 271 times over 50 years. Concentrating on its traditional labour-intensive light manufacturing industry, Bangladesh is today the world’s second-largest clothing exporter behind China. It powered ahead with a traditional development strategy of simple export-oriented industrialisation (EOI), the economic policy that was implemented with great success by the Asian Tigers. The bulk of Bangladesh’s exports pertain to the textiles, apparel and footwear industry – which are highly labour-intensive and employ unskilled and semi-skilled labour.

Bangladesh’s economic performance is also a reflection of its prudent fiscal management. The budget deficit has been restricted to 5.0% of GDP or less. Limiting public spending left space for the private sector to borrow from the financial system and invest. Fiscal prudence and export performance have been key to reducing poverty in Bangladesh.

Cottage sized creative undertakings have been included in the MSME category making it cottage, micro, small, and medium sized enterprises (CMSMEs). They create 7.8 million direct employment and contribute 25% to Bangladesh’s GDP. Each category is treated differently since they each have unique characteristics. Bangladesh’s confidence in managing CMSMEs is reflected in its recent decision to finance the UNESCO approved ‘Bangabandhu Sheikh Mujibur Rahman International Prize for the Creative Economy”  for outstanding initiatives that promote the engagement of young people in the creative economy.

Besides MSME management, Bangladesh holds lessons for India to build specialisation in competitive exports. India’s top five export commodities jointly contribute around 40% of total exports, and are capital and technology-intensive. Micro and small industries are hurt due to inadequate access to bank credit. There has been massive deceleration in India’s labour-intensive industries, affecting export-oriented industries such as textiles, garments, leather, and gem cutting. For the majority of the micro and small enterprises, access to formal debt channels like the Emergency Credit Line Guarantee Scheme (ECLGS) remains out of reach as they rely on informal sources. For new businesses, loans and project clearances take a long time. 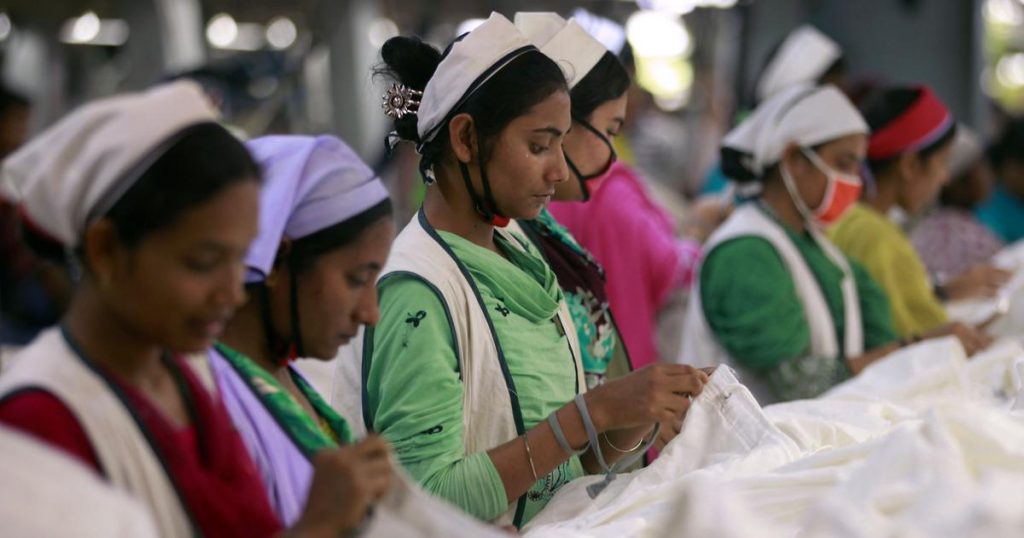 Beyond the pandemic, for India, the economic slowdown “is almost homegrown” with disruptive initiatives like demonetisation, Goods and Services Tax (GST), tightening of e-commerce rules, to assist Indian businesses that compete with companies like Amazon and Walmart. The Confederation of All India Traders (CAIT) estimates a business loss of approximately Rs 15 lakh crore in the last two months because of localised lockdowns imposed by various states during the second COVID-19 wave. The traders’ body has appealed to PM Narendra Modi to come to the rescue of small businesses by announcing a “substantial financial package to restore business activities” hit by recurring monthly expenses, with no income to bear such cost.

“We are not asking for any loan waiver but the support policies from both Central and state governments, temporary relaxations in statutory compliances, and ease of restoring business,” CAIT said in a statement.

Also read: Bangladesh: Much More to Do to Tackle Inequality

Relatively, Bangladesh’s stimulus package, in proportion to its GDP, has been much higher than that of India. Even with a preference for fiscal prudence, through the pandemic, Sheikh Hasina’s government doled out generous stimulus packages and social protection schemes with utmost importance to the agriculture sector. To the SMEs, heavy industries, ready-made garment (RMG) sector and other industries, incentives were given in a phased manner.

‘Digital Bangladesh’, which aims to create a digital ecosystem through its platforms like Shujog.xyz, supports new entrepreneurs and includes them in digital finance management. With nearly two dozen COVID-19 stimulus packages the country has an overall outlay of 1.24 trillion taka, which is 4.44% of GDP. This included steps like 50 billion taka for export-oriented industries to pay the wage bill for three months, two-year loans to factory owners at 2% interest, 200 billion taka for banks to provide working capital loan facilities to CMSMEs at an interest rate of 9%; 4% to be borne by the borrower, and 5% by the government as a subsidy. The success of the stimulus package was also due to its effective management, in simultaneously assisting affected industries and in addressing the food security problem of the poor and vulnerable people.

The coronavirus pandemic affected all national economies and saw per capita incomes slip, but Bangladesh’s credit lies in applying its disaster experience of floods, cyclones etc, to handle the COVID-19 crisis. Our eastern neighbour, a nation of 168 million people, was able to fare better because of timely economic stimulus packages, judicious cash incentives, rebound in exports and strong remittance inflows. Despite its huge population, the Bangladesh model is a positive example that has aided it in becoming an outperformer in the Asian region.

Vaishali Basu Sharma is a consultant on strategic and economic affairs. She has worked with the National Security Council Secretariat (NSCS) for nearly a decade. She is presently associated with the New Delhi-based think tank Policy Perspectives Foundation.