In the latest bid by Sheikh Hasina's Awami National League to suppress free speech and press freedom, the government passed the Digital Security Act, backtracking on its previous claim to review it before it gets presidential assent. The Bangladeshi parliament passed the Digital Security Act on September 19, combining the colonial-era Official Secrets Act with tough new provisions such as arrests without a warrant.

“The president has given his assent to the Digital Security Act today, making it law,” his press secretary, Joynal Abedin, told Reuters.

In August this past year, Bangladesh witnessed some of the most widespread student demonstrations sparked by an incident of road violence by a speeding bus racing pick up passengers. What initially erupted as an outpouring of anger over the unregulated transport industry quickly escalated into extensive anti-government protests over what is perceived as Prime Minister Sheikh Hasina’s increasingly authoritarian rule.

Also read: Arrested and Killed: Inside the Bangladesh Prime Minister’s War on Drugs

The opposition Bangladesh National Party (BNP) which is in disarray since its leader, former prime minister Khaleda Zia was jailed in February 2018 on charges of graft; a conviction the BNP has alleged is “an attempt to eliminate the opponent,” hopes to profit from this anti-incumbency sentiment in the country.

The past few years have seen the government of Bangladesh clamping down on free speech and press freedom more and more. Dozens of activists and journalists have been arrested for expressing dissenting views against the ruling Awami League Party. Shahzahan Bachchu, 60, the owner of Bishaka Prokashoni and the acting editor of weekly Amader Bikrampur, was shot dead by unidentified assailants in June this year. His death was the latest in a string of attacks made to stifle freedom of expression and undermine journalistic freedom.

The Bangladesh government also ordered the blocking of internet access to The Wire a day after it published an article on the role of the country’s military intelligence agency in the illegal pick-up and secret detention of the university academic Mubashar Hasan.

A particularly draconian law employed in the suppression of free speech and jailing of dissidents was Section 57 of the Information and Communication Technology law (enacted in 2006 by the BNP-Jamaat government and amended in 2013) which carries a maximum prison sentence of 14 years. It was under this law that Shahidul Alam, a prominent social activist and photographer, was arrested recently for ostensibly spreading “propaganda and false information” during widespread student protests. 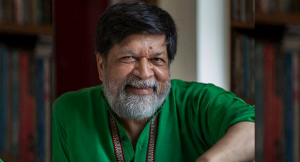 Section 57 “authorises the prosecution of any person who publishes, in electronic form, material that is fake and obscene; defamatory; ‘tends to deprave and corrupt’ its audience; causes, or may cause, ‘deterioration in law and order’; prejudices the image of the state or a person; or ‘causes or may cause hurt to religious belief’”. Its vague wording makes it an extremely problematic provision that has a huge potential for violations and abuse of those who exercise freedom of expression. According to an investigation by The Daily Star, at least 21 journalists have been sued in 11 cases under Section 57 since March 1.

Another troubling aspect of the Section 57 clause is that cases can be brought not just by the police and other state agencies but also by private citizens  making it an instrument in the hands of ordinary citizens to settle personal vendettas. Last year, academic and professor Afsan Chowdhury was arrested on charges filed by a private citizen under Section 57 for remarks he had allegedly made on Facebook.

On September 19, the Bangladesh parliament passed the Digital Security Act, 2018, which combines some existing measures such as the colonial-era Official Secrets Act with tough new provisions including a maximum sentence of 14 years for espionage if an individual is found secretly recording information with electronic instruments inside a government building or for sharing state secrets with an enemy. Another section imposes the same jail sentence for spreading “propaganda and campaign” against Bangladesh‘s 1971 war for independence from Pakistan.

Opponents claim that the digital law is the latest authoritarian move by Prime Minister Sheikh Hasina, criticised for suppressing student protests in August and a war on drugs that has prompted accusations of extrajudicial killings by security forces, a charge the government denies.

New York-based Human Rights Watch has called the law a “tool ripe for abuse and a clear violation of the country’s obligations under international law to protect free speech”. The US ambassador to Bangladesh, Marcia Bernicat, said last month the “Digital Security Act could be used to suppress and criminalise free speech, all to the detriment of Bangladesh’s democracy, development and prosperity.”

“The law can be amended at any time if cabinet desires, so the journalist community need not to be worried,” Anisul Haq, the law minister, told Reuters.

Last month, media groups cancelled protests against the law after the government promised to amend it. But their concerns were not addressed, said Manzurul Ahsan Bulbul, a former president of the Bangladesh Federal Journalist Union who took part in talks with the government.

“We are frustrated as, during the meeting, we placed several proposals but none was reflected in the law,” he told Reuters. “Now we will see what the cabinet decides and accordingly will take action.”

Sheikh Hasina has defended the new law by saying it is aimed at controlling cyber and digital crimes.“The journalists are only thinking about their interest, not about society and only for that they are raising their voices,” she said last month.