Bangladesh: Can this Putinist State Beat the COVID-19 Pandemic?

Like most others, the country's government failed to recognise the severity of the virus. But its subsequent actions have not inspired confidence either. 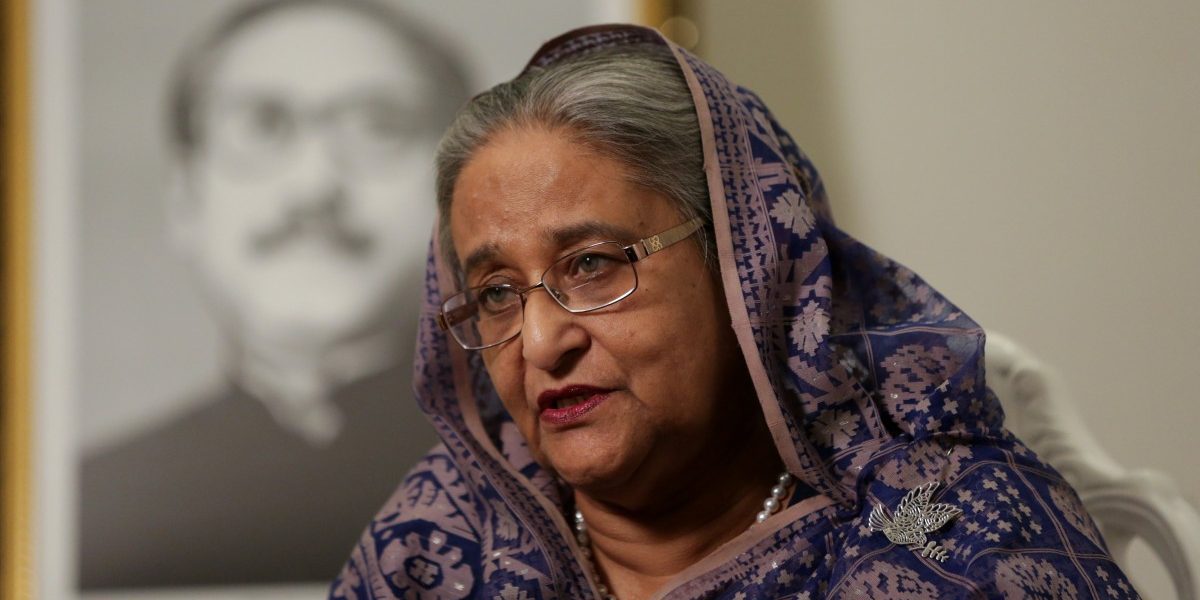 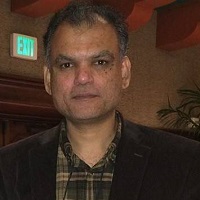 We may not have noticed that over the past few years Bangladesh has been gradually transforming into a Putinist state. Its essence is now one-party dictatorial rule although it hides behind the cloak of democracy under the leadership of Prime Minister Sheikh Hasina. Her father Sheikh Mujibur Rahman was the founder of the nation and he was attracted to the model that was in place in the USSR, Russia’s predecessor. Despite his commitment to Western-style democracy and a free-market economy, in the mid-70s, Mujib strove instead to replicate Russia’s one-party rule in the newly independent state of Bangladesh. Like her father, Hasina has also implemented a Russian-style system while paying lip-service to her past commitment for a Westminster-style democracy.

All the characteristics of the Putinist state—multiparty but predetermined controlled elections, the censoring and self-censorship of print and electronic media, invasive social media surveillance, crony capitalism, widespread corruption, and nepotism—are prevalent in Bangladesh. Despite the nation’s persistent economic growth over the past few years of 7%, unlike Russia, this impoverished nation does not have a robust health care system. Like other government sectors, the country’s predominantly nationalised health care system is severely corrupt. The vast majority of the people live in extreme poverty and have no choice but to rely on the nation’s ill-equipped, understaffed, and poorly managed nationalised health care facilities.

Both the government and the elites have paid the least attention to improving this sector. The elites from across the nation, as well as high-level government officials, favour Singapore, London and New York as their health care destinations, whereas people in the country’s growing middle class prefer to travel to India or Thailand. The private health care system is growing, but has not yet reached the level of India or other Southeast Asian nations. With widespread distrust and disappointment among the middle class about the overall healthcare system, the ruling Awami League government is faced with the serious challenge of containing the spread of the coronavirus – a crisis for which they were obviously unprepared.

Failed to understand the severity of the virus

As in many other countries, the Bangladesh government initially failed to understand the severity of COVID-19 and thus did not engage in any mitigation until the last week of March. The prime minister and the foreign minister have confessed – to the parliament and to electronic media respectively – that they were ignorant regarding the severity of COVID-19. This seemed an unusual admission from the top brass leadership, but rather than engaging in humble repentance, they were actually seeking political power.

The initial government approach was to deny COVID-19 cases. In February, when some social media users identified cases in their localities on Facebook, they were arrested and charged under the infamous Digital Security Act for allegedly spreading false information meant to destabilise the government. This Act provides absolute power to the security agencies to investigate anyone whose social media activities are deemed damaging or threatening.

Moreover, a model developed jointly by health academics from Brac University, North South University, and Johns Hopkins University was also considered to be a “conspiracy” against the nation; the model projected a grim scenario of half a million people dying if the government took no action. The national media followed the government line and did not publish or broadcast either the local or the foreign projection models. The government’s delusional position, however, did nothing to prevent the spread of the virus. 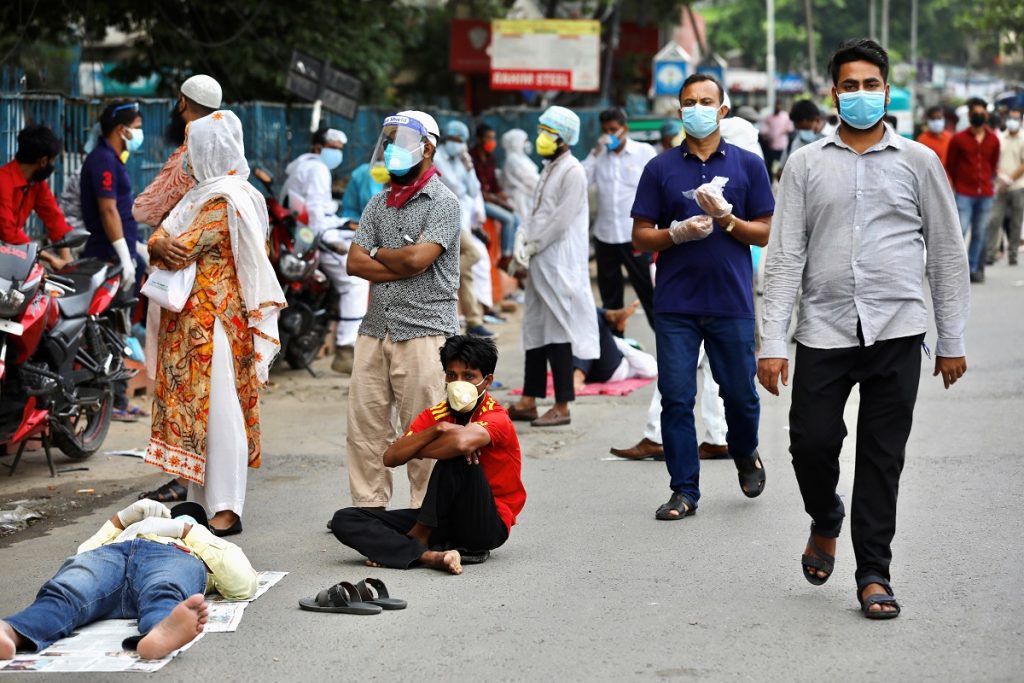 People wait in queue outside of a coronavirus testing centre in Dhaka, Bangladesh, May 17, 2020. Photo: REUTERS/Mohammad Ponir Hossain

Bangladesh is now one of the top three worst-affected countries in South Asia. Despite having one of the lowest testing capabilities, the number of positive cases per 1,000 people is higher than in any other country in the region except war-torn Afghanistan, which has an even lower testing capability, and Pakistan. Bangladesh, the eighth-most populous country in the world, has had to fight COVID 19 with only 49 testing labs and a few hundred ventilators. Moreover, health workers report that the government-supplied protective gear is counterfeit and defective, resulting in the needless infection of thousands of health workers.

The business elite of Bangladesh, with the tacit approval and patronization of the state, launder roughly $6-7 billion each year, while at the same time people are suffering extensively due to the lack of essential medical equipment and shortages of health care technicians. These scarcities have resulted in many COVID-19 symptoms and deaths going unreported, both inside and outside hospitals. There is also a widespread perception among the masses that the government is deliberately underreporting the deaths to hide its woefully ineffective handling of the situation.

The question of effectiveness and the lack of trust among the people puts into further jeopardy the policy of social distancing in a country with an already weak social safety net, where roughly one-third of the total population is economically vulnerable. Millions of people have already lost their jobs as a result of the government-declared lockdown, amid intense corruption and misappropriation of resources meant to help already vulnerable citizens.

Economists predict that the poverty rate will double from the current 20.5% to more than 40% if the government decides to extend the holiday for three months. Meanwhile, one of the two main pillars of the country’s economy – the garment sector – has been badly affected.

As in other countries around the world, the Bangladesh government must make the tough choice between life and livelihood. The government has opted for livelihood by opening up industries and limited businesses.

The ongoing corruption and bad governance by the ruling party juxtaposed against the country’s relatively high economic growth has been described as the “Bangladesh paradox.” Whether the nation’s choice of livelihood over life reaps any paradoxical benefit, only time will tell.

Sayeed Iftekhar Ahmed is a faculty member at the School of Security and Global Studies, American Public University System. He is the author of Water for Poor Women: Quest for an Alternative Paradigm.