Here's How Every Former Pakistan PM Was Shunted Out of Power

Since the country's formation in 1947, none of Pakistan's premiers have lasted the full five-year parliamentary term, as they have been removed through direct coups, palace conspiracies or judicial orders. 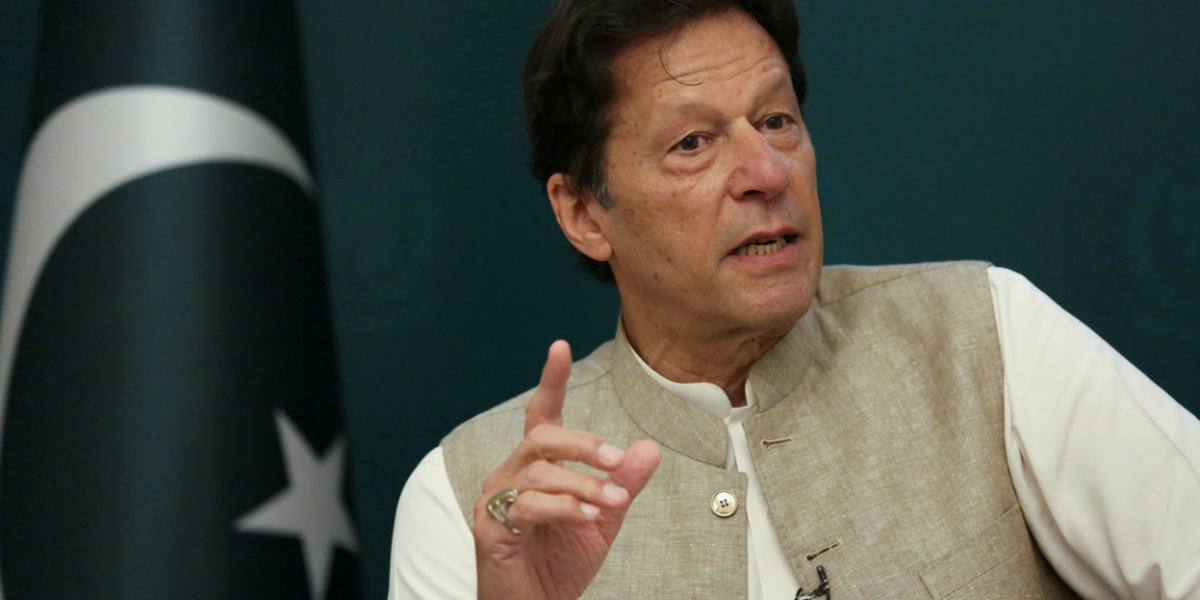 In spite of Khan having named the United States as the country behind the attempt to remove him from office, it was a confident  opposition that amassed the numbers that led to him leaving.

It was always highly likely that Khan will not break the record of any of Pakistan’s prime ministers who could not complete their tenures since the country’s formation in 1947. Now, he has joined the list, becoming the first to be removed through a trust vote.

Most prime ministers were dismissed after palace conspiracies, with presidents utilising controversial sections of the constitution. The higher judiciary also allied itself with the establishment, providing a legal cover for removing premiers on unconstitutional grounds. The key player behind the scenes has always been the Pakistan army, but the military has directly staged a coup to oust an elected government only twice since independence.

Since this article was originally published, discussions on social media have led to experts pointing out that in a parliamentary democracy, it is not the prime minister who has a “term” but a parliament.

The prime minister serves as long as his or her party has the majority in parliament, pointed out Farahnaz Ispahani. “For example, the PPP & PML-N completed their terms. The PMs did not last 5 years,” she wrote.

Here is a list of how Pakistan’s prime ministers fared in the last 75 years: 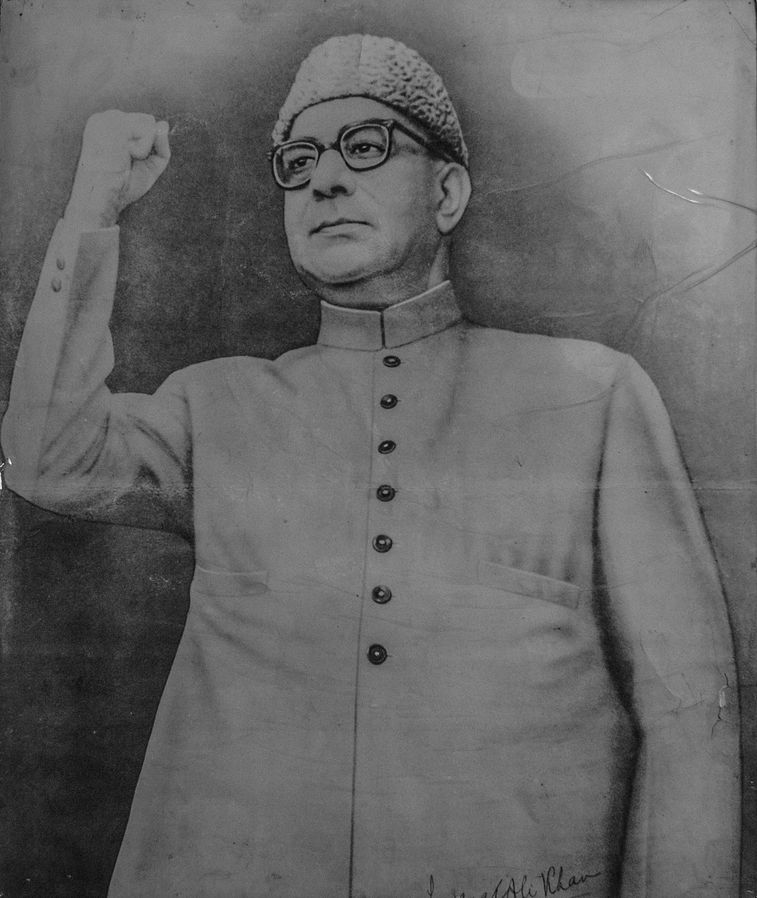 A doyen of the Pakistan movement, Liaquat Ali Khan, became the country’s first prime minister on August 15, 1947. He was shot dead by an Afghan while addressing a rally at Rawalpindi’s Company Bagh on October 6, 1951. It was renamed Liaquat Bagh after his death. Fifty-five years later, Benazir Bhutto was assassinated at the same venue. With the assassin lynched on the spot, the mystery about Liaquat Ali Khan’s murder remains unsolved even now.

After the death of Pakistan’s first prime minister, the aristocratic Khawaja Nizamuddin, who had been the governor-general, was asked to step down to take over the post of premier. He lasted just one year and 182 days, until April 7, 1953, before governor-general Ghulam Muhammad dismissed him on the grounds of being unable to control the widespread riots and agitations in Lahore and East Pakistan.

A diplomat, Mohammad Ali Bogra, who reportedly forged Pakistan’s alignment with the United States, lasted longer. Even though he had been personally installed by Ghulam Muhammad, Bogra’s effort to curb the powers of the governor-general by amending the India Independence Act 1954 resulted in the constituent assembly being dissolved in 1954. The Sindh high court declared the move illegal, but the federal court overturned it, claiming that the constituent assembly was illegitimate as no constitution was finalised for six years.

In the meantime, Bogra had been forced to head a cabinet formed by persons chosen by the president, including the army chief Ayub Khan as the defence minister. In the 1955 elections, the Muslim League lost the majority, but Bogra came back through a coalition government. However, after Iskander Mirza replaced the ailing Ghulam Mohammed as president, Bogra’s days were numbered, and he was forced to resign on August 12, 1955.

Under Chaudhari Muhammad Ali, Pakistan got a new constitution in 1956, which ended its dominion status and promised parity between West and East Pakistan.

In September 1956, Chaudhari was asked to resign by president Mirza after League ministers resigned en masse from the cabinet. The Muslim League was unhappy that the prime minister was being asked to support the formation of the Republican Party to govern the then province of West Pakistan.

He was followed as prime minister by Hussain Shaheed Suhrawardy, who was from another party, Awami League. In 13 months, he was out of power, with the supporting coalition falling apart.

After that, Muslim League’s Ibrahim Ismail Chundrigar, former law minister when Pakistan became a republic, was sworn in by the chief justice on October 18, 1957. Less than two months later, he would lose the confidence of his party and coalition partners when he tried to modify the electoral college.

The last prime minister before General Ayub Khan would impose martial law in October 1958 was Feroz Khan Noon of the Republican Party. He lasted for just 10 months.

Towards the end of the Bangladesh liberation war, Nurul Amin, a politician from East Pakistan, was appointed by General Yahya Khan on December 6, 1971. But after Yahya Khan resigned in the aftermath of Pakistan’s defeat and losing East Pakistan, Zulfiqar Ali Bhutto was handed over the presidency. Nurul Amin was asked to leave, having held the post of prime minister for just 13 days. He was sworn in two days later as Pakistan’s first and only vice president.

After the 1973 constitution came into force, Zulfiqar Ali Bhutto stepped down as president to become prime minister after getting the majority of votes in the parliament. He returned to power as prime minister after the March 1977 elections, but only for a short time. On July 5, 1977, General Muhammad Ziaul Haq conducted a coup d’état, deposing Bhutto. He was hanged in April 1979 at Central Jail, Rawalpindi. His total term as prime minister lasted for less than four years.

In the 1985 non-party elections, Mohammad Khan Junejo was re-elected from his constituency and was invited by president Zia to form the government. He managed to survive for three years and two months but was dismissed on the grounds of a breakdown in law and order. Junejo’s relations with president Zia had deteriorated by that time, and he was removed from power using the controversial eighth amendment.

In the 1988 elections held after Zia’s death, political parties went back to the polls, and Benazir Bhutto was elected as prime minister on December 2.

She managed to dodge an impeachment move in 1989. Still, her government was dismissed by president Ghulam Ishaq Khan on August 6, 1990, accusing her administration of corruption, nepotism and other acts ”in contravention of the Constitution and the law.”

Winning the election, Nawaz Sharif became the 12th Pakistan prime minister. Using powers inserted through the 8th amendment, president Ghulam Ishaq Khan dissolved the National Assembly and appointed an interim PM on April 18, 1993. Sharif went to the Supreme Court, which ruled in his favour on May 26. Sharif was forced to reach an agreement under pressure from the military, under which he tendered his resignation along with Ghulam Ishaq Khan in July 1993. 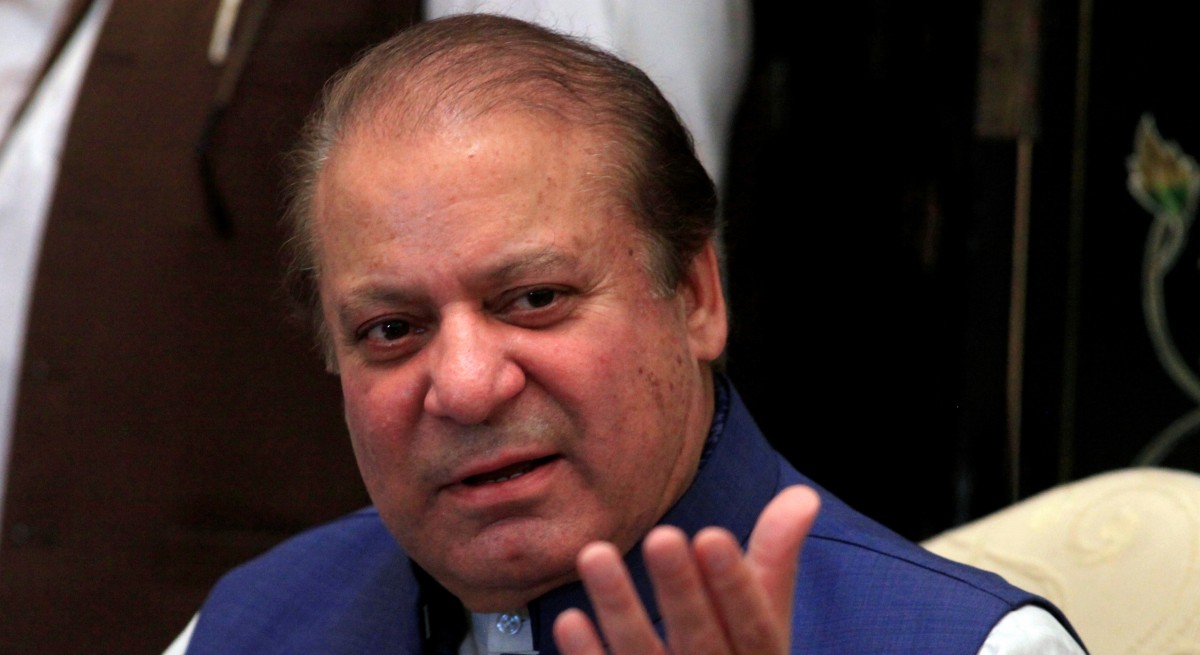 Benazir Bhutto returned to power for the second time in the 1993 elections, but president Farooq Leghari, whom she chose, removed her administration in a midnight swoop in November 1996, again on the grounds of not being able to follow provisions of the constitution.

Nawaz Sharif returned for his second non-consecutive term after winning a mandate in the February 1997 elections. He remained in power for less than three years before Army chief Pervez Musharraf conducted a coup in October 1999.

With just nine months left for his term, Gillani had to leave office in June 2012 after the Supreme Court disqualified him for not writing a letter to Swiss authorities to re-open corruption cases against President Asif Ali Zardari.

Raja Pervaiz Ashraf completed the remaining term of the PPP government till March 2013.

Nawaz Sharif romped to power for the third time in the 2013 elections. But in a replay of the fate of the previous PPP government, the Supreme Court disqualified him in the last year of his tenure due to his involvement in the Panama papers offshore accounts case. He stepped down on July 28, 2018. Shahid Khaqan Abbasi was elected to be the prime minister for the rest of the term till May 2018.

After over two decades in politics, former cricketer and Pakistan Tehreek-i-Insaaf leader Imran Khan finally became the prime minister of a coalition government, after his party won the largest number of seats in the 2018 elections.