Mohammad Fahim Rahimi has spent a week pleading with Taliban officials for the need to protect the treasures of the Kabul museum.

New Delhi: In the first few days after the Taliban entered Kabul, Mohammad Fahim Rahimi hardly slept. Worry over how he would execute his responsibility of keeping what constituted Afghanistan’s thousand-year archaeological heritage safe kept him up.

As August 15, 2021, dawned on Kabul, the Taliban were around 60-70 kilometres from the city. By mid-day, news had gone through the capital like wildfire that the insurgents were ready to enter the city and that the Afghan security forces were retreating.

“It was a day on which everybody wanted to save their lives and go home,” Rahimi, who has been director of the museum since 2016, told The Wire on the phone from Kabul.

The government offices emptied quickly and all manner of employees left their workplace – everyone scrambled home to be with their families as panic gripped the city.

Afghanistan’s 102-year-old National Museum is guarded by around 25-30 personnel from a special police unit created for cultural and archaeological heritage sites.

“Everybody was afraid that Taliban would enter and kill everybody, so the police forces that were guarding the national museum left their posts, and the staff also left to protect themselves,” he said.

It was the hours before the Taliban entered the city that Rahimi remembers with horror. “That day there was no security, no army, no police… criminal gangs were running around looting and robbing”. 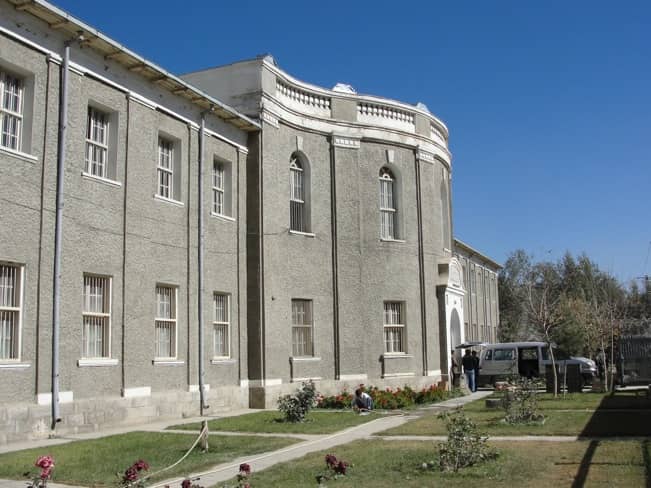 The museum’s current inventory has over 50,000 items that offer a picture of over 50 millennia – from the pre-historic to the Greek, Buddhist, Hindu and Islamic periods.

After the Taliban were forced out through US invasion in 2001, the restoration of the National Museum of Afghanistan was viewed as a metaphor for the country’s resurrection from the ashes of the Soviet invasion, civil war and five years of Islamic Emirate rule.

With its precious hoard of artefacts, the national museum was a likely magnet for looters, a worried Rahimi knew.

“As you know, the National Museum of Afghanistan houses a rich collection of archaeological artefacts of the country, and we were very much concerned that these groups are smugglers and looters and will use this opportunity to loot the national museum. Because of that, through our social media pages, we requested urgent need to preserve the national museum as we were very much afraid that the museum would be looted,” he said.

He had reason to be worried. During the Mujahideen civil war, when Kabul was a battlefield, nearly 70% of the items went missing and subsequently emerged in the international black market.

During the Taliban years, there had been no looting. But in early 2001, the Taliban government decided that all images of human beings must be destroyed. The most infamous action was the dynamiting of the massive Buddha statues in Bamiyan. According to the former museum director Omara Khan Massoudi, around 2,500 objects of art were destroyed in the national museum.

First part of the week

On August 15, there were only four people on guard. They were policemen whom Rahimi had convinced to stay back after they took off their uniform. During the night, two of them left.

Rahimi had been working on contingency plans for the past year. “I had plans for every scenario. But what happened in Kabul (on August 15) was very unexpected. Nobody, even high-rank government officials, expected that Kabul would fall that soon. Everybody thought that it would take some time,” he said.

In the hours when Kabul city turned lawless, he managed to take some preliminary steps, but his more elaborate scheme had to be shelved due to lack of time.

“We managed to take our primary measure to protect the collection. We had a good plan for a longer term, but we could not take that approach. So, we implemented the short term plan,” he said. It included taking down the national flag that flew from the building, so that there was no undue attention from the Taliban. On Monday, he visited the museum to examine the situation and corralled three other people to join the handful of men on guard. The building had been sealed to the public, but a handful of guards were certainly not enough to secure the museum.

“I think for the first two or three days, I wasn’t sleeping for more than 3-4 hours. I was so worried. While I was answering many messages and emails from around the world, I was also so concerned. I could not sleep at all”.

His quest to get more security for the museum ran into a quick wall – lack of knowledge over who in the Taliban was the new caretaker of Kabul’s security. “There are many groups of the Taliban, and we do not know who is in charge. There are also a lot of criminal groups around. So we don’t know who is Taliban and who is criminal, as they just wear the outfit of the Taliban and loot,” he said.

Some Taliban had visited the museum initially, but they left after staff told them everything was under control. Rahimi had thus spent the first part of the week since the takeover struggling to find out who was in charge.

On Wednesday, officials from the Ministry of Culture visited the museum. All of them then went together to call on the Taliban commander put in charge of the sixth district of Kabul, under whose jurisdiction the museum was.

Rahimi remembers feeling disconcerted when one of the Talibs told him that he looked familiar, perhaps thanks to his numerous appearances on Afghan television.

“I was not sure that was good for me,” he said. Rahimi was primarily coordinating the museum’s security from his home, with the streets of Kabul proving unsafe. But when he had to go out for work and appointments, he kept as low a profile as possible. “Honestly, all of us are afraid,” he added. 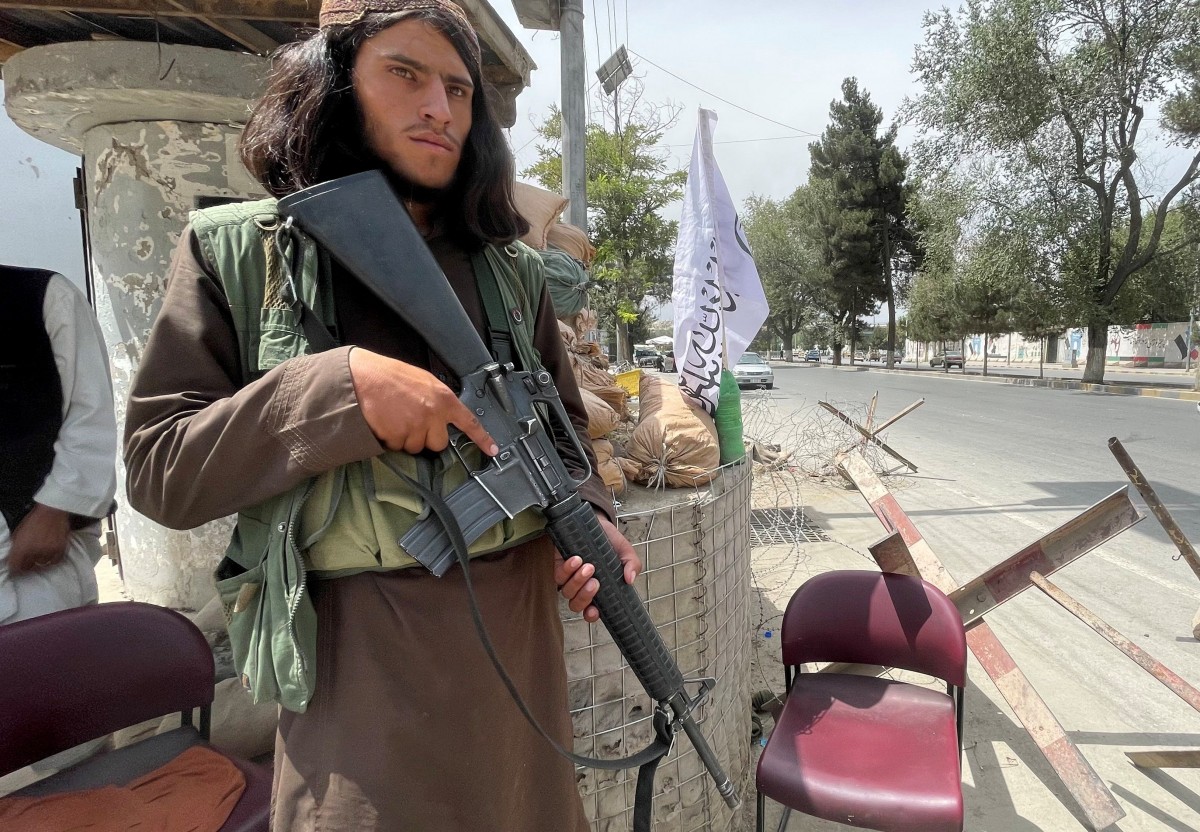 Along with culture ministry officials, Rahimi spent around one to two hours convincing the Taliban commander to spare some of his men and post them at the museum. “It was a little bit difficult to convince them how important it is, but they understood that these are historical artefacts and they should be guarded”.

At the end of the meeting, the National Museum had acquired four Taliban guards.

While the immediate needs of the museum’s security were paramount, Rahimi is also worried about the future.

“We had plans to construct a new building for the national museum, as well as for a network of provincial museums. But now I am not sure how the situation will be even when it comes to the display (of items)…or if one will have freedom to display whatever we want. Let’s see how the situation develops…but I can only tell you my feeling that we may not have that kind of freedom.”

Rahimi had already spoken to colleagues and predecessors to learn how the museum functioned during the Taliban years between 1996 and 2001. When the Taliban had taken over last time, the city had been in ruins due to the civil war. The museum building had also been heavily damaged.

He said that the primary restoration of the building had begun during that period, with the help of the international community.

During those years, most of the museum directors were Talib members, not professional staff. 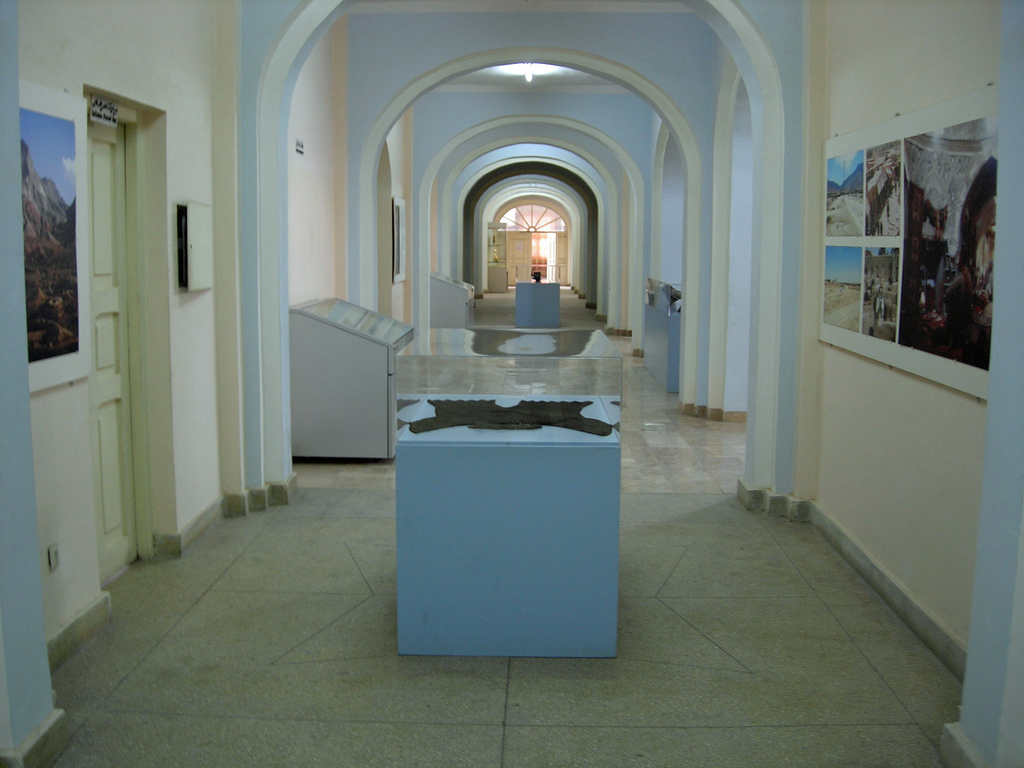 Inside the Kabul Museum. Photo: Wikipedia/CC BY 2.0

There had been several statements from the Taliban leaders during the initial years that the culture and archaeological treasures of the country will be protected. Then priceless heritage objects were smashed to smithereens in the last year of Taliban rule in 2001.

“I have spoken with many of our previous colleagues to know about their stories…about what happened. They do not have a good memory of the Taliban from the earlier times, unfortunately.”

Nevertheless, with the first week having passed without any untoward incident at the museum, Rahimi can breathe slightly easier. “I am very happy that we managed to preserve the museum which everybody was looking to loot. I am proud of what we did”.