The company said it has received a letter of intent from the Sri Lankan authorities. 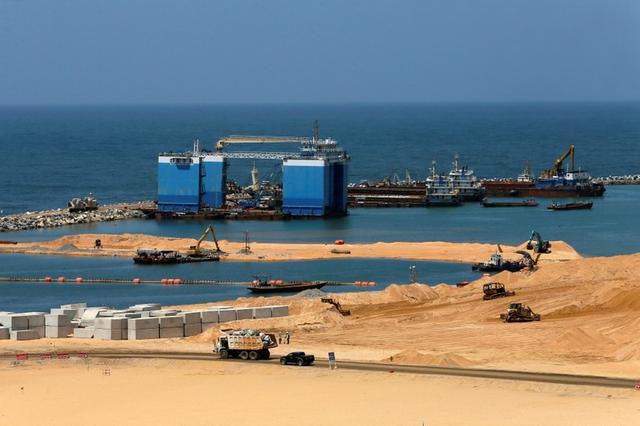 A general view of the Colombo port. Photo: Reuters/Dinuka Liyanawatte

New Delhi: About two weeks after the Sri Lankan cabinet approved the project, Adani Ports announced that it will develop and operate the Colombo port’s West Container Terminal (WCT) for a period of 35 years.

Grateful to the leaders of GoI, GoSL, SLPA & John Keells for the opportunity to build WCT, Colombo. This partnership is a symbol of the deep strategic relations between countries with great intertwined history. It will launch decades of container growth. https://t.co/YehqutSwcp

The West Container Terminal will be developed on a ‘build, operate and transfer’ basis for 35 years as a public-private partnership, along with John Keells Holdings PLC and the Sri Lanka Ports Authority.

In the company press release, CEO and whole time director of APSEZ Karan Adani was quoted as saying that the project was a “continuation of the deep and mutually beneficial strategic relationship between two neighbouring nations whose history is deeply intertwined”.

In the March 1 communique, the Sri Lankan government stated the cabinet-appointed negotiation committee had requested the Indian high commission and Japanese embassy to nominate investors for the WCT project.

Japan did not name any investor, but Sri Lanka implied that India did. “The Proposal presented by Adani Ports and Special Economic Zone Limited (APSEZ Consortium) has been approved by the Indian High Commission,” Sri Lanka’s government information department said.

As The Wire had reported, Indian official sources had insisted that the Indian high commission had not green-lighted the Adani project.

This was later confirmed by the Ministry of External Affairs spokesperson Anurag Srivastava at a weekly press briefing. “Our high commission in Colombo has already conveyed to the government of Sri Lanka that their media release in so far as the reference to the approval of the high commission was concerned, is factually incorrect. We understand that the government of Sri Lanka has engaged directly with investors on this project,” he said on March 5.

Colombo’s fast moves to allot the WCT project to India’s Adani Ports comes in the backdrop of the forthcoming resolution on Sri Lanka in the United Nations Human Rights Council. Along with other sponsors, the UK has submitted a draft resolution that seeks to criticise Sri Lanka for not taking steps for bringing accountability in persecuting war crimes committed during the civil war.

Sri Lanka has asked all members of the UNHRC to reject the resolution, which is likely to go for voting next week.

India has not yet taken a political call on how it will vote on the resolution. It had indicated through a statement at a discussion in Geneva that it wasn’t happy with the Sri Lankan government.

Sources stated that there had been a discussion on the UNHRC draft resolution during the phone call that the Sri Lankan side had initiated.