In 2019, 999 Bangladeshis Detained for 'Staying Illegally' in India: Border Chief

Shafeenul Islam, director-general of the Border Guards Bangladesh, said that 445 Bangladeshi nationals had returned from India over the past two months. 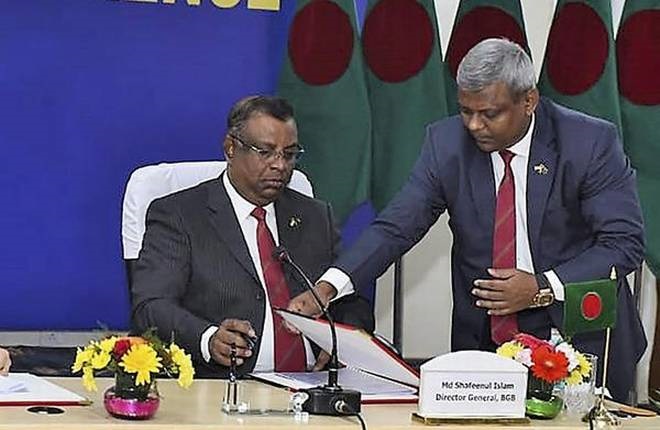 New Delhi: The Bangladesh government has detained and initiated legal proceedings against almost a thousand of its nationals during 2019 for “illegally entering and staying in India”.

Major-General Shafeenul Islam, director-general of the Border Guards Bangladesh (BGB), said at a press conference on Thursday that 445 Bangladeshi nationals had returned from India over the past two months.

“999 Bangladesh nationals, including 135 children, 258 women and 606 men, have been detained in 2019. 312 of them were arrested in November and 133 in December,” Major-General Shafeenul Islam, director-general of the BGB, said in Dhaka.

A week ago, Bangladesh’s foreign policy advisor Gowher Rizvi had declared that the country would take action against its citizens who were found “staying illegally” in India.

The Bangladesh government verified the identities of the people with the help of local representatives and the BGB came to know that they were Bangladeshi nationals. He said, “253 cases were lodged against them for illegal trespass, while initial investigations found that at least three of them were human traffickers.” According to reports, they were later released on bail.

Bangladesh also listed 96 Indians who were staying “illegally” in Bangladesh. Of these, 62 were handed over to the BSF and the rest were detained. Legal proceedings have been initiated against them.

Between December 25 and 30, 2019, the directors-general of India’s Border Security Force (BSF) and the BGB held talks in New Delhi. Islam, during his visit, said that the creation of the NRC is completely an “internal affair” of India and the cooperation between the border guarding forces of the two countries is very good. He said the BGB will continue to work to prevent illegal border crossings as per its mandate.

He said during the five-day talks, the BGB demanded that the BSF take effective steps to prevent killings of Bangladeshis on frontiers as casualty figures sharply rose in 2019. “The number of border killings in 2019 was highest in the last four years. As per our calculation, the number of such unexpected deaths was 35,” the BGB chief said.

However, the BSF estimate of the casualty figure is much lower than our calculation, Islam said.

Islam said the BSF is following a policy of maintaining maximum restraint and minimal use of force even after being attacked by “armed border offenders”.

A statement issued by the BSF last month in New Delhi after the conclusion of the DG-level talks said, “On the concern of the BGB regarding the death of Bangladeshi nationals on borders, it was informed to them that a non-lethal weapon policy is strictly followed by BSF personnel on borders.

“Firing is resorted to only in self-defence, when BSF patrols are gheraoed and attacked by a dah (a sharp-edged weapon) etc. It was specified that the BSF does not discriminate between criminals based on nationality,” it said.