We, as Indians, Must Not Shy Away From 'Nationalism'

The reluctance to use the language of nationalism enables a politics where narrow-minded, muscular, domineering nationalism passes off as the only way of being ‘Indian’ and expressing ‘Indian-ness’. 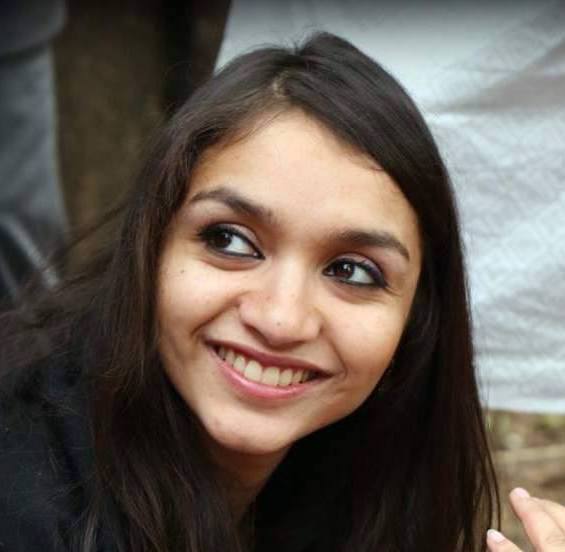 I was recently told that when borders and walls are breaking, it is narrow-minded to speak of nationalism. Responding to the rise in shrill hyper-nationalist rhetoric, a friend once suggested that it is better to speak of Indian ‘society’ rather than an Indian ‘nation’ because nationalism is the language of the extremist right wing. Fellow-academics have shown similar discomfort with the language of nations and nationalism.

These sentiments are understandable. Many of us grew up thinking of nations as ancient, given, concrete and tangible. We felt pride when we read about Gandhi’s fight for India’s national freedom; when we watched Aamir Khan throw the British out of his village in Lagaan; or when others marvelled at India’s diverse languages, cultures, arts and cuisines. But research on nations and nationalism taught us something new, different and unsettling.

First, that nations are not ancient entities with long, continuous histories, but are modern constructs and products largely of print capitalism.

Second, national borders are not naturally given, but are man made and their creation often involved violence, loss, pain and suffering. School textbooks often taught us about Indian nationalism through the framework of the anti-colonial struggle, where the liberation of the Indian people could only be an unambiguous moral good, as if the Partition was collateral damage; a sub-plot barely linked to the story of Indian nationalism. But deeper historical research revealed that the population exchanges and violence of Partition were the direct result of the creation of the Indian and Pakistani nation-states and their borders.

The painful legacy of man-made borders is evident in Israel/Palestine, Ireland, Kurdistan, Serbia, Kosovo, Catalonia, Burma and, nearer to home, in Kashmir and parts of the Northeast.

Third, that nationalism often involves claims of racial supremacy or religio-cultural superiority. This alienates, marginalises or oppresses racial, religious, linguistic or cultural minorities within the nation-state. Nationalism has resulted in forced assimilation, expulsion, even extermination and genocide. Nationalist supremacy also undermines belief in the basic equality and dignity of all humans. This promotes domineering global and regional imperialisms, undermines international cooperation and peace, and provokes bloodshed and war.

Fourth, nationalism has often promoted blind, uncritical pride in the nation-state, preventing its members from adopting an analytical, critical attitude towards the cultures, traditions, history, and towards the nation-state’s policies. This prevents society from being honest about its past as well as its shortcomings and wrongdoings in the present, thus preventing improvement.

These are lessons gleaned over decades of research on nations and nationalism within the humanities and social sciences. Yet, despite its unsavoury past and present, we must not renounce nationalism.

Why must we hold on to an ideology with whose distasteful and harmful history we are so well acquainted? My arguments stem partly from facts about the human condition and also relate to self-awareness and realism.

First, humans are inescapably social and must live together in loose or tightly-knit communities. While instrumental relations are often key to their sustenance, solidarity, too, is crucial to keep such communities together. Nations are only a modern form of such community, living with no foreseeable viable alternative in sight.

This is why even those of us who feel deeply uncomfortable with nationalism may turn out to be nationalists upon deeper, honest introspection, particularly if we go by the broadest working definitions of nations and nationalism.

A ‘nation’ is an imagined political community. ‘Nationalism’ is an ideology that seeks to attain or maintain the identity, unity and autonomy of a group of people deemed to comprise a ‘nation’. A commitment to some form of Indian nation is implied in the belief that all people inhabiting India are equal citizens of the Indian state. A belief in a particular type of Indian national identity is implied when we stand up for the values of the Indian constitution.

If you would be saddened by the prospect of India’s balkanisation or by its social fabric being riven by divisive communal propaganda, you are expressing concern for Indian national unity. Or if you feel even slightly wronged by past, present or future Western imperial domination of the Indian people, that may be because you care a little about Indian national autonomy.

At the most basic level, if we feel attached to India; treat it as our home where we belong; feel for it because it has shaped the way we speak, our culinary, musical and cinematic sensibilities, our sense of aesthetics; and if we care deeply about the shape and future of Indian society to the extent that it pains us to see it going in a direction opposite to the ideals we wish it to follow, we may be already functioning within an Indian national frame.

The desire to clarify one’s love for the particular entity that is India, while still maintaining distance from the flaws and evils of nationalism, has led to an attempt to analytically distinguish patriotism from nationalism. The effort to clarify this distinction in Indian political discourse must be appreciated. It seeks to contest the currently-influential hyper-nationalist narrative that is passing off a shrill, chest-thumping, muscular, aggressive, supremacist and domineering form of Indian nationalism as the only way of being ‘Indian’.

Also read: Excerpt: ‘It Is Imperative That We Excavate Patriotism From Within the Debris of Nationalism’

The patriotism-nationalism distinction seeks to show that those who do not subscribe to hyper-Indian nationalism still love India and, conversely, that there is another way of being ‘Indian’ and showing love for India other than subscribing to an aggressive, supremacist, domineering version of Indian nationalism.

Yet, to the ordinary, non-academic Indian ear, unaccustomed to critical, academic perspectives on nations and nationalism and accustomed to thinking daily and constantly in national terms and frames, the distinction is likely to sound strained, pedantic and inorganic; a little too academic perhaps.

“But isn’t it just a simple fact that India is a nation?” they might ask. “Doesn’t love for India amount to nationalism?”

Yes. Things are much more complex, but at a very fundamental level, they also have a point. And this brings me to the importance of political realism.

Despite internationalism and globalisation, the world remains organised along national lines and is divided into nation-states. Each country’s political systems are organised along nation-state lines. This is true even for constitutions. While the Indian constitution does not mention the word ‘nation’, it implicitly assumes an Indian national frame. It also explicitly uses the term ‘national integrity’. The Indian constitution sets out the fundamental political principles that are to guide ‘we, the people of India’; not of America, Britain or Pakistan.

Nations are imagined constructs but are now real and exist, however recent, contingent, fragile and internally diverse and even conflictual these communities may be. We may hold internationalist ideals and trans-national affinities, but we also possess nationalist attachments. Outside of ourselves, feelings of attachment and belonging to different nations are a pervasive political reality. Even as we adhere to ideals, we have to engage with, not side-step, political reality in the quest to realise this idealism.

This is not a call to abandon idealism in favour of realism, but to engage in realism precisely to give idealism the best chance of being realised. In short, it is not a call to repudiate broad-minded ideals of humanist and cosmopolitan internationalism and multiculturalism and relent to the muscular, supremacist, homogenising, imperious, uncritical ways of nation-states. Instead, engaging with the ubiquitous reality of the nationalist frame is the more realistic, quicker path to ensure that community is based on cherished ideals rather than on abhorrent narrow-minded ideas.

Also read: Rahul Echoed Gandhi and Ambedkar When He Said India Is a ‘Union of States’

We can and must craft our own version of Indian nationalism; one that acknowledges and asserts our attachment and belonging to India and even takes pride in various things Indian, but is easy-going, open and diaphanous rather than rigid and overbearing; which remains honest and critical, internally pluralist and democratic, and cosmopolitan and internationalist. Such broad-minded nationalisms have been robustly articulated in the past – Nehru’s being the prime example – and can be conjured once again, and improved upon.

It is particularly imperative that this be done at a time when extremist, authoritarian-populist hyper-nationalism is in sharp ascendance in India and across the world. The reluctance to use the language of nationalism enables a politics where narrow-minded, muscular, domineering nationalism passes off as the only way of being ‘Indian’ and expressing ‘Indian-ness’.

Can we afford to allow people in India, who feel Indian and wish to express their Indian identity, to think that narrow-minded hyper-nationalism and nationalism are one and the same? Can we afford to ignore the sentiments and identities of people and not show them a better way of being an Indian nationalist? The current extremist appropriation of the language of nationalism needs to be challenged rather than succumbed to.

Giving up on the national frame has added to – and is adding to – the power and appeal of a strongly-organised hyper-nationalism. By doing so, we fall into the trap of those ultra-nationalists who claim to be the sole representatives of Indian national interests and delegitimise all alternatives as inadequately Indian or ‘anti-national’. Rather than fear that the use of the language of nationalism enables hyper-nationalism, reclaiming this language is essential to diminishing its power.

‘The battle for the soul of India’ is primarily a fight over India’s national identity – over which principles, values and ideals should define it. If so, is it not time to show a better way of being Indian, and to reclaim India?