Too Much Positivity Can Be Bad for Democracy

While we may salute CJI Ranjan Gogoi’s desire to build a happy and positive world, may we also humbly suggest that it is not Prashant Bhushan’s job to “be positive”.

The Chief Justice of India on Thursday asked activist and senior advocate Prashant Bhushan to “be more positive” as the latter insisted that the government make public the names shortlisted by the Lokpal selection committee, during a hearing on the same matter.

Much mirth ensued in the courtroom, and the CJI pointed to all the reporters present and said that this story would be in the news soon. 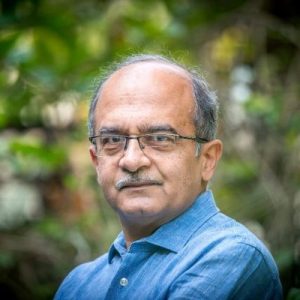 I feel for Prashant Bhushan. I really do. Throughout my life, I too have been told to “be more positive”, especially about structures of power and authority, about which I am told I am “overly questioning and critical”.

In fact, my longstanding problem of “negativity” spiked when the Narendra Modi-led BJP government came to power in 2014. Many of my friends rebuked me for being suspicious of the new dispensation. Some lambasted me, (“Stop being so critical of Modiji and his government! At least he’s doing something!”), some condemned me for not being equally critical of the previous government, and some went so far as to call me a hypocrite! (They were referring to the fact that I am a practitioner of a fairly new branch of psychology called ‘Positive Psychology’. More on that later in the article.)

The CJI’s words in themselves are beautiful. There is no faulting them. They are wonderful advice for anyone wishing to live a happy and content life (because who wants to live a negative and unhappy life?)

But at a time when the body politic and the institutions of Indian democracy are under a great shadow, perhaps ‘positiveness’ is not the chief virtue one should be looking for. Other qualities like diligence, openness, and good old-fashioned courage might be the more urgent need of the hour.

Considering the recent fiasco with typos, tenses and grammar that the Honourable judges of the Supreme Court have been subjected to vis-à-vis the government’s Rafale Jet controversy, one can hardly blame Mr. Bhushan for his insistence on a more publicly transparent selection process.

The Hon’ble CJI’s homily on positiveness, in fact, reminds us a bit of the various exhortations given by senior members of this particular dispensation over the last few years. Speaking at a function organised by RSS-affiliated Indraprastha Vishwa Samvad Kendra in June last year, Lok Sabha Speaker Sumitra Mahajan encouraged journalists to “use beautiful language” and to “sometimes avoid telling unpleasant truths”.

Mahajan told journalists that they could learn “objectivity” from the mythical character, Narada Muni. “Whatever is said should be said in beautiful language. A lot can be communicated to the government using such [polite] language.”

She then went on to quote a Sanskrit shloka, “Satyam Bruyat Priyam Bruyat, Na Bruyat Apriyam Satyam (Tell the truth. Tell nice things. Do not tell unpleasant truth. This is also required sometimes).”

George Orwell, who said, “Journalism is printing what someone else does not want published; everything else is public relations”, might well have turned in his grave upon hearing the Hon’ble Speaker’s advice.

Later, in December last year, Prime Minister Modi also warned the nation to “beware of those who like to spread negativity”. He said, “There are some people who sleep well only after they spread a feeling of pessimism all around. We need to recognise such people.”

It’s one thing when a motivational speaker utters those words. It’s quite another when the prime minister of a country says them, especially one who is not known to encourage questioning and critiquing of himself and his government. The effect turns out to be chilling, not uplifting.

What bearers of office and power sometimes tend to forget is that in a democracy, the opposite of positiveness in not negativity; it is critical thinking. Power loves positiveness, especially about itself. Why wouldn’t it? It does not like questioning and critique. But that is exactly what power needs to keep it in check. A government may be forgiven for praising itself, but it is everyone else’s duty to observe it with a critical eye.

Also read: A Handbook for Citizens in Democracies – and a Warning for India

Going back to my earlier mention of ‘Positive Psychology’, ‘self-help-y’ as it might sound, the field itself is rooted in empiricism and scientific rigour, and was founded by Dr. Martin Seligman, former president of the American Psychiatric Association, along with other respected psychologists like Ed Diener, Sonya Lyubomirsky and Dan Gilbert.

But even experts in a field with a name like “Positive Psychology” are at pains to point out that genuine positiveness does not meaning living in a state of denial about the problems facing society and the world. Positiveness is all about recognising the problem and then solving it, not brushing it under the carpet.

While we once again salute the CJI’s desire to build a happy and positive world, and indeed it is the world we all want as well, may we also humbly suggest that it is not Prashant Bhushan’s job to “be positive”. It is his job and the job of his other colleagues in the judiciary to watch the processes of democracy and law with an eagle eye.

In fact, till such a time as the public’s faith in the institutions of democracy (including the judiciary) is fully restored, it behooves us all as citizens of the largest democracy in the world to do the same.