The Reasons for Low Levels of Adoption in India Are Manifold

There aren't enough children available for adoption because the ratio of abandoned children to children in institutionalised care is lopsided. In addition to this, the social stigma around the issue is quite high, among other factors. 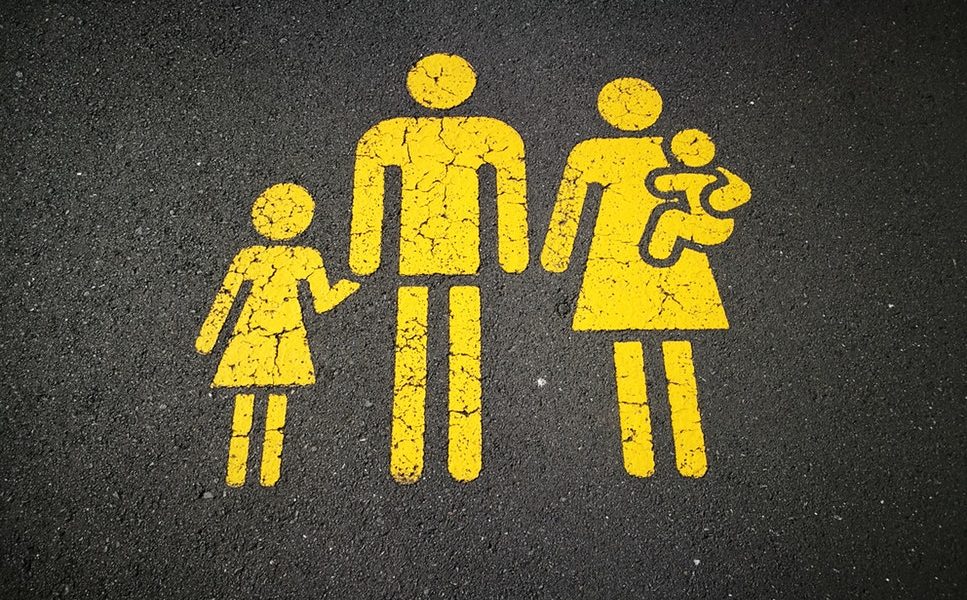 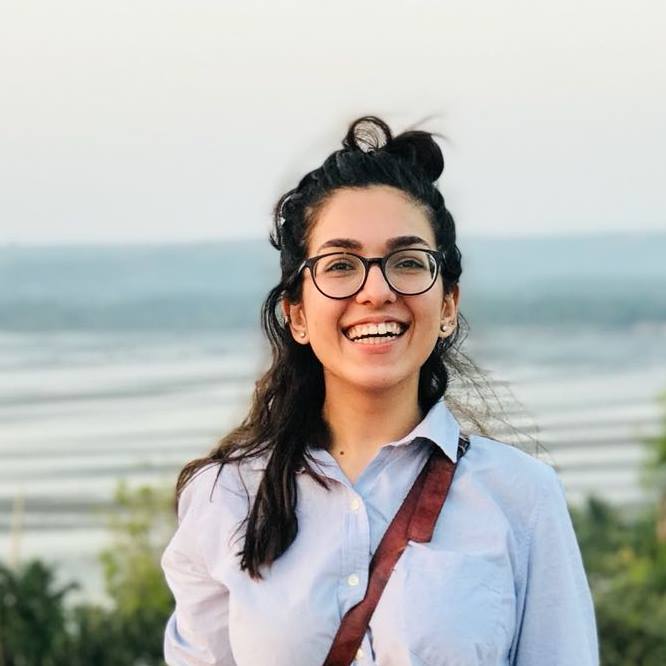 Oldest of six siblings, Monica works as a domestic help in the eastern part of the Capital. She dropped out of school after Class V to work since her father, the only working member of the family, wasn’t making enough money as a rickshaw-puller. The 19-year-old feels happy that all her siblings are in school, and she hopes that her and her parents’s sacrifices and hard work will help them “become something better”. Monica sacrificed her education to give her siblings the opportunity to permanently break free from the suffocating chamber of poverty. There are millions of children across India, who lack basic facilities necessary for survival, let alone encouraging enablers like Monica sacrificing themselves to support them in breaking through to a better life than their parents.

According to United Nations Children’s Fund (UNICEF), India has 29.6 million orphaned and abandoned children. SOS Children Village conducted a study in 2011 and concluded that the former category equals 4% of India’s child population. However, in disconcerting figures provided by Childline India Foundation (CIF) supported by the women and child development ministry showed that in 2017, of these 30 million children (which is most likely an under-reported figure), there were only 470,000 children in institutionalised care. And of these roughly half a million children, only a fraction finds its way into family care because adoption rates in India are abysmally low. This means that there needs to be a huge readjustment in the government’s focus on child development because currently millions of children are being wasted and denied a future of opportunities to realise themselves.

Ironically, while on the one hand there are millions of children without parents, on the other, there is an increasingly rising number of infertile couples for most of whom adoption is the last choice. “In my experience, 50% of prospective adoptive parents who come to us have exhausted all other options”, says Meera Marthi, an Adoption Counsellor at NGO, Families of Joy Foundation. Sunit Mishra (name changed), 64, and his wife adopted their now 20-year-old son in 1998, after trying natural conception and medical treatment for many years. Eventually fed up with medicines and endless trips to the doctors, who they felt were trying to squeeze more and more money out of them, they turned to adoption.

Adoption rates in India have always been low, but they have been dropping in the past few years: The government’s Central Adoption Resource Authority (CARA) adoption statistics show that in 2010 there were 5,693 in-country adoptions, while in 2017-2018, there were only 3,276 in-country adoptions. These are disgraceful figures for a population as mammoth as India’s. And currently, there are approximately only 20,000 parents in line waiting to adopt, compared to the 27.5 million couples who are actively trying to conceive but are experiencing infertility, according to the Indian Society of Assisted Reproduction.

The Department of Community Medicine, Armed Forces Medical College in Pune, conducted a study titled ‘A Study of Knowledge and Attitude Towards Adoption Among Infertile Couples’ and found that 89% of couples surveyed were aware of adoption as a method to have children, and even though 77% had a positive view about it, only 54% were willing to adopt if assisted reproductive technology (ART) was unsuccessful. Beyond the prejudices surrounding adoption, the study also found that only 8% had any knowledge about the legal process of adoption. A 30-year-old entrepreneurial couple settled in Lucknow recently bought an IVF package for Rs 3 lakh that allows them three trials at conception. If they don’t succeed in having a child through medicine, then they will settle without having children at all.

The reasons for low levels of adoption in India are manifold.

Firstly, there aren’t enough children available for adoption because the ratio of abandoned children to children in institutionalised care is lopsided. Marthi says that district level officers are not doing their job seriously enough and government apathy is leading them to function without accountability. “Children on the street is the most common sight in India. The District Child Protection Officer should be taking these children to a childcare institution (CCI), and if their parents aren’t found, then they should be placed for adoption,” she says.

Also read: Why Does Maneka Gandhi Want to Shift Child Adoption From Courts To District Collectors?

The National Commission for Protection of Child Rights (NCPCR) data show there are 5,850 registered CCIs in India. But if unregistered ones are included in the basket, there are more than 8,000 such functioning institutions, and as per regulations, only registered CCIs can be linked to adoption agencies. Further, it says there are 2,32,937 children in all registered and unregistered CCIs. Children in the latter are vulnerable to poor care, physical and sexual abuse, and trafficking, thus all unregistered CCIs should be immediately shut down to reduce the risk of abuse. The government should also devote greater resources on setting up more CCIs along with a strategy to move millions of children off the streets into CCIs.

The second part of the problem is a chicken and egg situation. Most Indians have a skewed perception of adoption as they want “their genes, blood and lineage in their child. And this mindset needs to change because children ultimately do not belong to parents,” says Marthi. The approach to adoption, currently, is very parent-centric, but parents need to make it child-centric. Most Indian parents also want a child between zero- and two-years-old, because they believe the parent-child bond is created during infancy. Also, they have high apprehensions when it comes to adopting children with special needs, and most such children are adopted by foreign couples. Prospective parents presently are thus hung up on a narrow percentage of children in the pool, an approach that of course wouldn’t be applied to natural birth because you cannot send the child back in if it is not fair enough, or ‘normal’ enough. Adoption rates, therefore, will begin to increase both when there are enough children in the adoption pool, and also when more parents are willing to adopt.

A couple based in Hyderabad, however, don’t believe it’s all bad. Shrinkhla Chandhok, 35, and Kapil Malhotra, 40, adopted their first child in 2010. Kapil believes that “statistically the number of couples who think about adopting is much higher than those who actually end up adopting” because there is a dearth of information on the process and also lack of counselling. They are part of a WhatsApp group for adoptive parents and prospective parents, where the most common questions asked by the latter are, “how did you tell your parents?” or “how did society react?” Shrinkhla says that the adoption process needs to be made more transparent and prospective parents should be mentored with adoptive parents for six months at least so that the fear of the unknown is erased. After Kapil and Shrinkhla adopted their now nine-year-old daughter, there have been five adoptions in their family.

The social costs of government apathy towards these 4% children is very high. India has high goals for improving literacy rates, reducing stunting and malnourishment and improving infant mortality rates, among other development goals. But these goals are for children who are on the radar – they exist in some semblance of a family unit, no matter the unit’s economic standing. The 30 million orphaned and abandoned children too need to be moved off the streets, to institutionalised care and to a supportive and protective womb of a family, because “children thrive in a loving environment”, said all Shrinkhla, Kapil and Marthi. This can happen if the government pushes its focus, money and resources to shutting down unregistered CCIs, holding district level childcare officers accountable, and running a country-wide campaign on adoption as another means of having a child. The least the government can do at this stage is work towards providing a supportive home to the roughly half a million children that are already in institutionalised care according to its own ministry figures.

At the end of 2015, 27.3% of India’s population was 0-14-year-olds. These are official figures, but the proportion is likely to be higher. In the October 2018 World Bank report on Human Capital – which measures a country’s investment in education, healthcare, nutrition, etc – India was ranked 115 out of 157, even below the South Asian average. The score for a country, which projects itself as the emerging superpower of the world was a disgraceful 0.44. Prime Minister Modi’s government was quick to dismiss the report, but if the government values economic growth and a bulging GDP, then it needs to pay attention because this score means that a child born in India will only be 40% as productive as it could have been if proper child care had been provided.

India is one of the youngest countries in the world – it is projected that till 2050, half of the world’s population growth will come from nine countries including India. For any country, children are the future capital, an asset, who need to be nurtured if the demographic dividend is to be truly reaped. The government needs to stop placing a blur filter on the 30 million orphaned and abandoned children and bring them into focus by urgently realigning its childcare policies to give them a chance at a life of opportunities, or risk wasting them altogether.