The deadly plague will still come first in Tamil culture when it comes to diseases that have wreaked havoc and inspired artists. Representative image of an elderly woman in Chennai. Photo: Vinoth Chandar/Flickr (CC BY 2.0)

Chennai: Since its onslaught, COVID-19 has unleashed a new cultural phenomenon in Tamil Nadu.

From short films to gaana numbers, from rap to parai performances – artists have employed their creativity to disseminate information, create awareness, give advice or merely document their angst. History tells us that there has been a similar series of events for every disaster.

One epidemic which evoked the same kind of response, if not a stronger one, in Tamil Nadu is the plague. The state has had several bouts of plague from 1903 onwards.

It is surreal that a disease which killed thousands or perhaps lakhs in the state is now a prefix for a deity in Coimbatore – one of the first cities to be affected by it. Folklore has it that a Mariyamman temple was renamed the ‘Plague Mariyamman’ after people offered prayers there, seeking divine intervention to help recover from the deadly disease.

The story has survived. “My grandmother used to say how she had left home with five kids and spent three months in the wild, to escape the plague. People would leave their houses if they saw a dead rat. It was the sign that the plague was coming for them.”

The family decided that they would worship at the already existing Mariyamman temple – maintained by them – by rebranding it the Plague Mariyamman temple, if they survived the plague. The temple continues to be busy though the disease itself no longer threatens.

“If not for this physical distancing, we would now have people worshipping Mariyamman to save us from the coronavirus.” 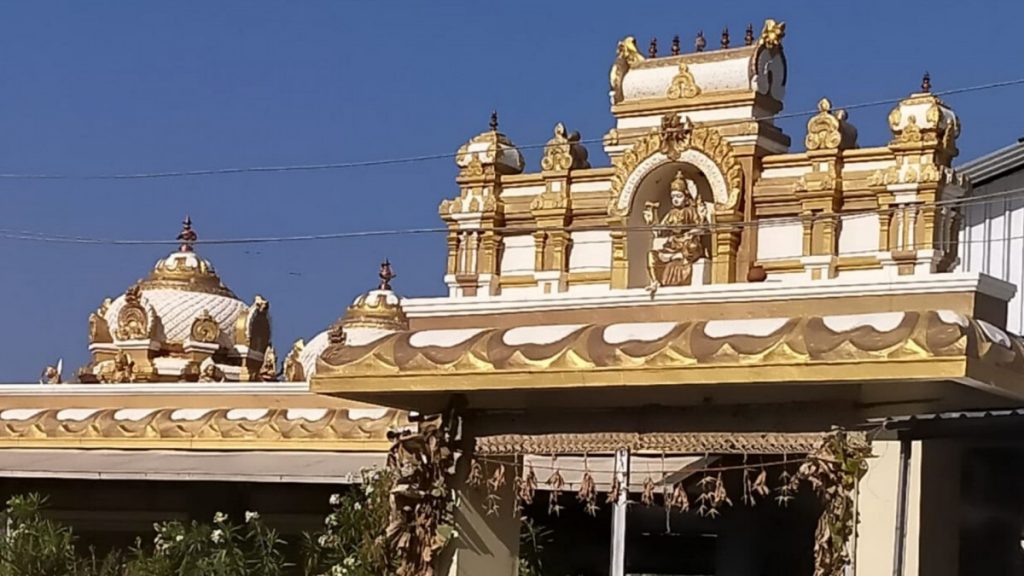 Tamil scholar and historian Stalin Rajangam concurs. “The very ethos of Mariyamman worship is the fight against diseases – especially the ones like small pox,” he says. “The Tamil months of Chithirai, Vaigaasi and Aani [corresponding to mid-April to mid-July] are generally very hot and lead to these diseases. It is a culture to use neem leaves and turmeric – both symbols of Mariyamman worship – in treatment of such diseases. ‘Mari’ in Tamil means ‘rain.’ By Aadi [mid-Jul to mid-August], people pray for rains. Even today, you can see how people living in villages are using neem leaves as a disinfectant against corona.”

The plague found its way into Tamil literature too – largely in the printed folklore that experts think was used to disseminate information.

Sindhu Paadalgal (a kind of musical composition) was predominantly used to sing about the plague. The genre is also known by different names like Kaalana paatu puthagam (‘1.5 paisa song book’), Gujili literature or Thanthanane songs. All of these were basically media of communication but were considered ‘substandard’ by the elite literati. 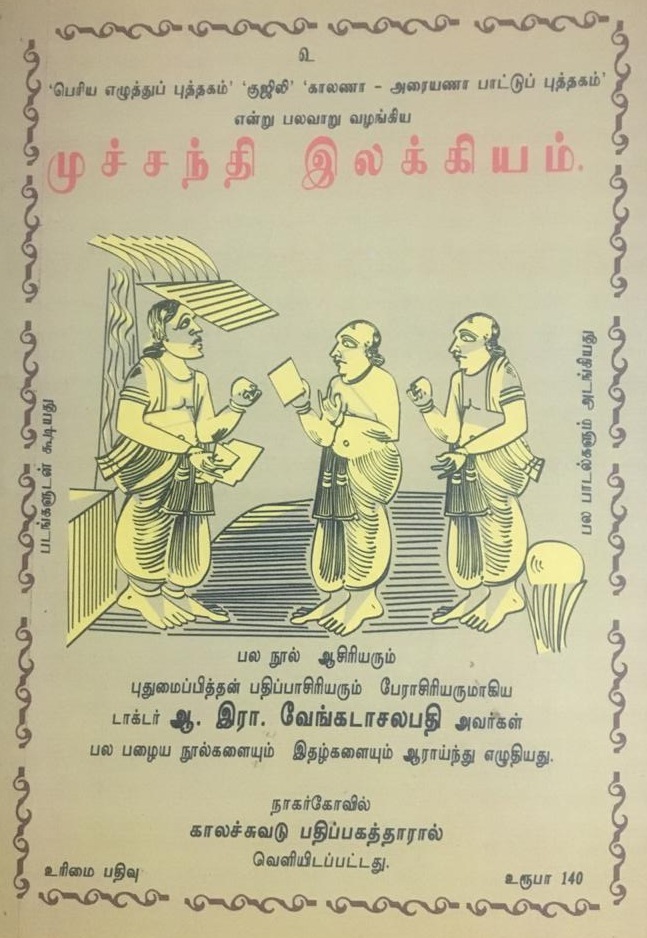 In his seminal work Muchanthi Ilakkiyam (‘Popular Literature in Colonial Tamil Nadu’) writer and historian A.R. Venkatachalapathy says the literature existed from the end of 19th century to middle of the 20th century by way of ‘thousands of small publications in thin papers, cheap ink, large fonts and on various issues, and were hugely popular among the masses.’

Venkatachalapathy also quotes from the preface of L.D. Barnett to A Supplementary Catalogue of the Tamil Books in the Library of the British Museum, published in 1931.

“An interesting feature is the wealth of popular ballads here registered, which deal with a great variety of themes: the attack of the German cruiser Emden during the war, local riots and murders, the ravages of the guinea-worm, the wonders of the aeroplane, social absurdities, and many other matters of topical interest are described in rhymes which, though usually of slight literary merit, are nevertheless of real value for the light which they throw upon the thought and feeling of the masses,” Barnett writes.

Folklore historian A.K. Perumal points to one Anthony Muthu Pillai who has recorded the ravages of plague in the Sindhu format. “The idea was to basically use a popular form of expression as a tool of mass communication.”

In 1924, Anthony Muthu Pillai published Plague Sindhu which has about 46 songs. “This small publication has details about the villages in Cumbum (near present Theni district) which had contracted the epidemic, about who had helped the public, the number of people who had died, how the bodies were buried, etc.,” Perumal says.

“The kind of information you wouldn’t find in the Madurai Manual at that point of time,” he adds. Theni was then a part of Madurai district.

From his songs, Perumal says, it is evident that Anthony Muthu Pillai was trained in Yappu (grammar prescribed for writing verses) and in music.

Perumal also speaks about a particular song on Karutha Ravuthar, a Muslim elder who had voluntarily offered help for people affected by the plague, by procuring medicines for the poor and employing a private compounder for administering vaccines.

“The book also details how the plague came to Theni from Coimbatore and Bombay. When the outbreak was at its peak, it rained heavily in Theni. Along with houses and things, corpses were floating in the rainwater. Two or three dead bodies were buried together without any religious ritual. The plague broke such differences. People who would have picked fault with such burials also fell silent”. A view of sunset near Perumbakkam wetland during a government-imposed nationwide lockdown as a preventive measure against the coronavirus, in Chennai, Saturday, April 18, 2020. Photo: PTI

A similar eight-page publication titled Plague Sindhum varunanaal nigazhntha alongala sindhum (A Sindhu on Plague and One on the Havoc Wreaked by Varunan) emerged from Edappadi in Salem after 1916 – the year when twin tragedies of the plague and the flood visited the district.

According to a 2015 report in Tamil newspaper Dinamani, the publication was written by Muthu Gounder and Venkitarama Reddy – both witnesses to the tragedy. The songs which trace the journey of the plague from Bombay to Bangalore and Salem also speak of the hardships faced by village households.

Echoing Rajasekaran, a song notes how ‘dead rats were a forewarning.’

(The plague did really appear in Edappadi,
And as a forewarning, the rats fall dead).

Before it bids a final goodbye, coronavirus might create its own literature too.