How Social Psychology Can Help Us Understand India’s New Majoritarianism

Two of the most famous social psychology experiments demonstrate that people can agree with opinions that aren't their own and inflict pain on others at the behest of an authority figure.

Excessive obedience can be dangerous to a democracy that is not functioning well. Representative image. Credit: Pixabay

Although social psychology as a bona fide field of study came into existence in the late 1800s, it wasn’t until World War II engulfed the world and the stories of Nazi atrocities became public knowledge that the most important research in the field actually began.

Since social psychology is the field that seeks to understand the nature and causes of individual behavior in social situations, it comes as no surprise that the leading psychologists of the mid-20th century started looking to it in earnest to find answers to the big question that thinking people tend to ask after a period of extreme dehumanisation – “How could this have happened?”

In many ways, the last five years have left many in India asking the same question. For those bewildered at the speed and ease with which majoritarian and discriminatory narratives of hatred and prejudice have spread, two of the most well known experiments in social psychology provide some answers.

If you have ever wondered why so many seemingly intelligent and educated people fall so easily for outright lies (for example, those factually incorrect and dangerously bigoted messages on family WhatsApp groups) and why so many fail to stand up and speak out against strong prevailing opinions, the Asch Conformity Experiment provides some insights.

In 1958, psychologist Solomon Asch conducted a series of experiments in which he found that a surprisingly high percentage of people were quite willing to ignore reality and give incorrect answers in order to conform to the group that they belong to. 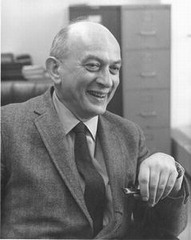 For each experiment, eight subjects were seated around a table. Only one participant was actually a genuine subject for the experiment, the rest being ‘confederates’, carefully tutored to give certain pre-selected responses. Each participant was asked to answer a series of questions, such as which line was longest or which matched the reference line. The ‘confederates’ gave a variety of answers, at first correct, to avoid arousing suspicion in the subject and then started giving deliberately incorrect responses.

The results were interesting. When surrounded by people giving an incorrect answer, the non-confederate in the group also ended up giving incorrect answers! In fact, over one third of the subjects in all the groups ended up voicing factually incorrect opinions.

It is also a somewhat unfortunate fact that the human brain does not like to burn too many calories. It likes things simple, clear-cut, categorised and explained and will gravitate towards the empty slogan much more easily than it will towards the nuanced argument.

That is why, bewildering as it might seem in hindsight, a simplistic, rhyming slogan like “Ab Ki Baar, Modi Sarkaar” and the even more vacuous claim that “Achhe Din Aane Wale Hain” found such enormous appeal in the run-up to the 2014 general elections.

Also Read: An Authoritarian India Is Beginning to Emerge

Clever politicians understand what Adolph Hitler’s propaganda minister, Joseph Goebbels, had figured out a long time ago – that an untruth or a fundamentally ridiculous claim repeated often enough becomes the truth. As the Fuehrer himself used to say, “Tell a lie; repeat it often; make it burn.”

There is, however, a silver lining to the Asch experiments. Follow ups to the experiments showed that, even if only one other participant disagreed with the confederates, the subject was more likely to resist peer pressure. If one is isolated, it is more difficult to resist the majority, but if there is even one more dissenting voice, it becomes much easier to call a spade a spade. Someone, somewhere is always watching and will find their voice hearing yours. As with Hans Christian Andersen’s The Emperor’s New Clothes, it just took one small, insignificant boy, to point out the emperor’s nakedness.

A much more disturbing set of experiments was conducted by Stanley Milgram in 1961. Conducted at Yale University, these experiments measured the willingness of men from a diverse range of occupations with varying levels of education, to obey an authority figure who instructed them to perform acts conflicting with their personal conscience.

Participants called ‘teachers’ were led to believe that they were administering electric shocks to ‘learners’ – actors they could hear, but not see. The teachers quiz the learners and every time the learner answered wrong, those on Milgram’s team (called ‘experimenters’) would instruct the teacher to give the learner an electric shock. The experimenter (E) orders the teacher (T), the subject of the experiment, to give what the latter believes are painful electric shocks to a learner (L), who is actually an actor and confederate. Credit: Fred the Oyster, CC BY-SA 4.0

The learner had no idea that either the shocks or the resultant screams of pain were not, in fact, real. These fake electric shocks gradually increased to levels that would have been fatal had they been real. What was real enough was the level of discomfort and anguish that many teachers felt as they administered ‘shocks’ of increasing intensity. However, a number of subjects continued to ‘hurt’ others simply out of obedience to an authority figure.

Also Read: ‘A Question of Order’: The Age of Majoritarian Politics is Here to Stay

Before conducting the experiment, Milgram polled Yale University senior-year psychology majors to predict the behavior of 100 ‘teachers’. All of the poll respondents believed that only a very small fraction of teachers (between one and three) would be prepared to inflict the maximum voltage on the learners. To everyone’s great surprise, in Milgram’s first set of experiments, 65% (26 of 40) of participants administered the experiment’s final massive 450-volt shock. Milgram summed up his learnings from the experiment in an article titled, ‘The Perils of Obedience’ thus:

I set up a simple experiment at Yale University to test how much pain an ordinary citizen would inflict on another person simply because he was ordered to by an experimental scientist. Stark authority was pitted against the subjects’ strongest moral imperatives against hurting others, and, with the subjects’ ears ringing with the screams of the victims, authority won more often than not. The extreme willingness of adults to go to almost any lengths on the command of an authority constitutes the chief finding of the study and the fact most urgently demanding explanation.

Ordinary people, simply doing their jobs, and without any particular hostility on their part, can become agents in a terrible destructive process. Moreover, even when the destructive effects of their work become patently clear, and they are asked to carry out actions incompatible with fundamental standards of morality, relatively few people have the resources needed to resist authority.

Timothy J. Snyder, professor of History at Yale University and Holocaust researcher and author, references this experiment in his book On Tyranny. He writes:

Milgram grasped that people are … surprisingly willing to harm and kill others in the service of some new purpose if they are so instructed by a new authority… Much of the power of authoritarianism is freely given. In times like these, individuals think ahead of what a more repressive government will want, and then offer themselves without being asked. A citizen who adapts in this way is teaching power what it can do.

Excessive obedience can be dangerous to a democracy that is not functioning well. As citizens of a country that has suffered the scourge of high-handed authoritarianism over the last five years, it is high time for us to take a solemn pledge that instead of unwittingly teaching power what it can do, we will teach the next government of India what it cannot and should never do.

If we don’t, then we will have no one left to blame but ourselves.