Remembering Nehru as a ‘Friend of Science’

Recalling India's first Prime Minister's scientific legacy today is a must to insulate the upcoming generation from the effects of bigotry and unscientific rhetoric coming from the highest offices of government. 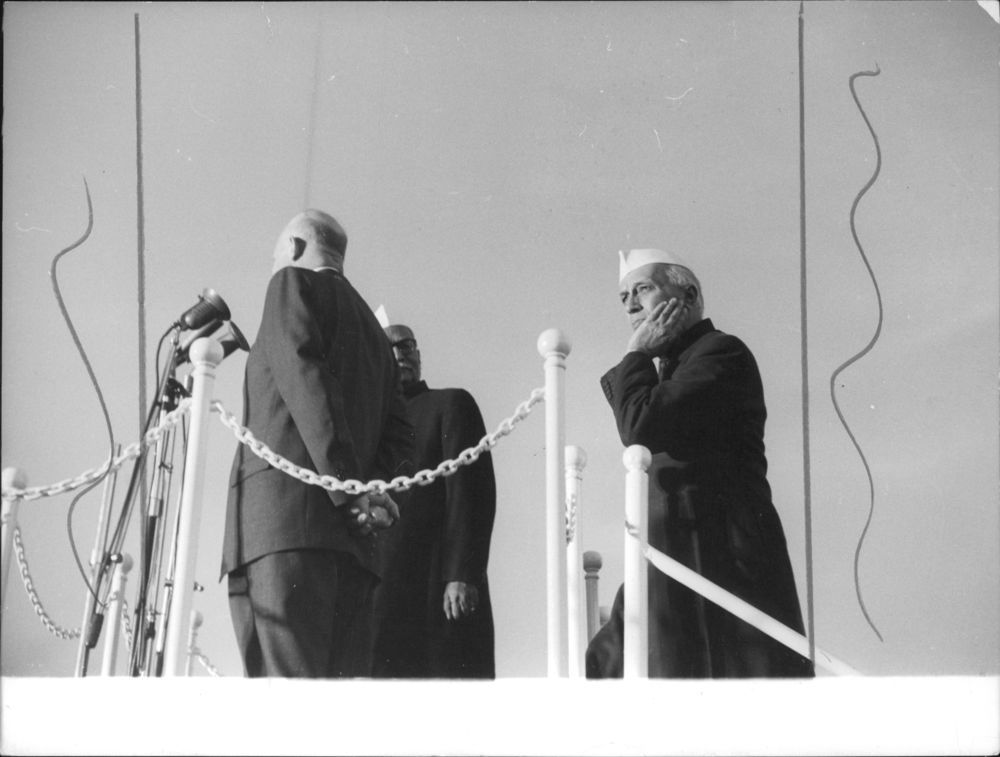 The last few years have seen a sequential erosion of scientific temper in this country. From the head of the legislature to heads of judiciary, science in India has been whipped naked by theocratic, irrational and narrow-minded rhetoric. The day is ruled by suave and not so suave babas and yog gurus, who unfortunately guide the scientific temper in the country through their nexus with the politicians in power. This is in striking contrast with the leadership of the first Prime Minister of the country, Jawaharlal Nehru, who was a strong protagonist of scientific temper in the Indian society. As believers of science it is thus very important that we remember Nehru’s legacy of science and scientific temper on his 54th death anniversary (May 27) because the gradual assault of traditional passé thought on India’s scientific environment has caused a major dent on our credibility in the global scientific community. A reminder of Nehru’s scientific legacy today is a must, particularly for the upcoming generation of Indians so as to insulate them from the effects of bigotry and jargon of unscientific rhetoric coming from the highest offices of the government. 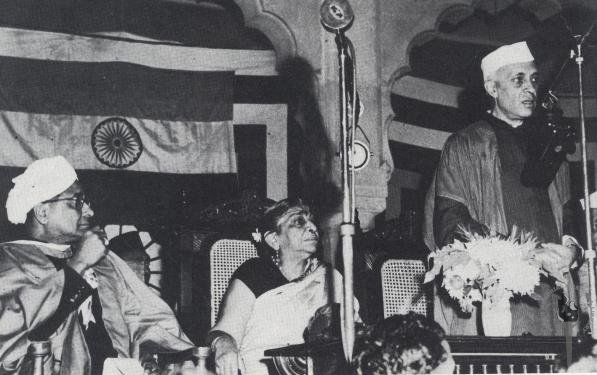 The cultivation of science and its benefits to humanity were crystal clear to Nehru even before independence. He became the first non-scientist to preside over the Indian Science Congress on December 26, 1937. In his address he said:

“It is science alone that can solve the problems of hunger and poverty, of insanitation and illiteracy, of superstition and deadening custom and tradition, of vast resources running to waste, of a rich country inhabited by starving people.”

The above statement is the soul of Nehru’s core belief in the ability of science to solve socially relevant issues, like poverty and hunger.

The country which Nehru inherited from his colonisers had a scientific infrastructure which was only meant to fulfil the economic and defence needs of the rulers. There was paucity of an infrastructure meant to harness science to benefit the society at large. His efforts at opening scientific institutes of research and national laboratories of importance were thus an important step towards the country’s quest for adopting a scientific attitude. New-born India needed inputs of science not through hollow words, but through concrete efforts directed at building the necessary infrastructure from scratch. Nehru galvanised important scientists of the time and gave them freedom in setting up institutes which subsequently became temples of India’s scientific research. Some of the greatest names of the time, including Homi J Bhabha, Sir C.V. Raman, Satish Dhawan, Nalini Ranjan Sarkar, J.C. Ghosh, Meghnad Saha and S.S. Bhatnagar, were given a free hand in establishing the country’s best institutes of scientific learning.

In her interesting book, Growing the Tree of Science, Indira Chowdhury mentions that at the stone laying ceremony of the Tata Institute of Fundamental Research (in 1954), Nehru addressed a gathering of scientists and commoners in Hindi and said;

“Lots of people may not know, why such an emphasis is being put on science. Why so much money is being spent Why did I take the trouble to come from Delhi? The big countries have more power while our country has remained poor….If we wish to empower our country, which is now independent, we have to create a strong base–so we can learn the basics…This may not show immediate results but finally result in the uplift of the country.”

The speech defines Nehru’s total commitment to investment in science even when he realised that we as a poor country had more pressing problems at hand. His visionary outlook could decipher the long term benefits of such an investment.

Nehru’s sincerity to the promotion of science is visible throughout his career as Prime Minister. It is worth mentioning that one of his scientific advisors was the British physicist and Nobel Laureate, Patrick Blackett. Blackett, in an interview in 1967 (after Nehru’s death) had praised Nehru’s intellectual capacity and scientific temperament in loud words. 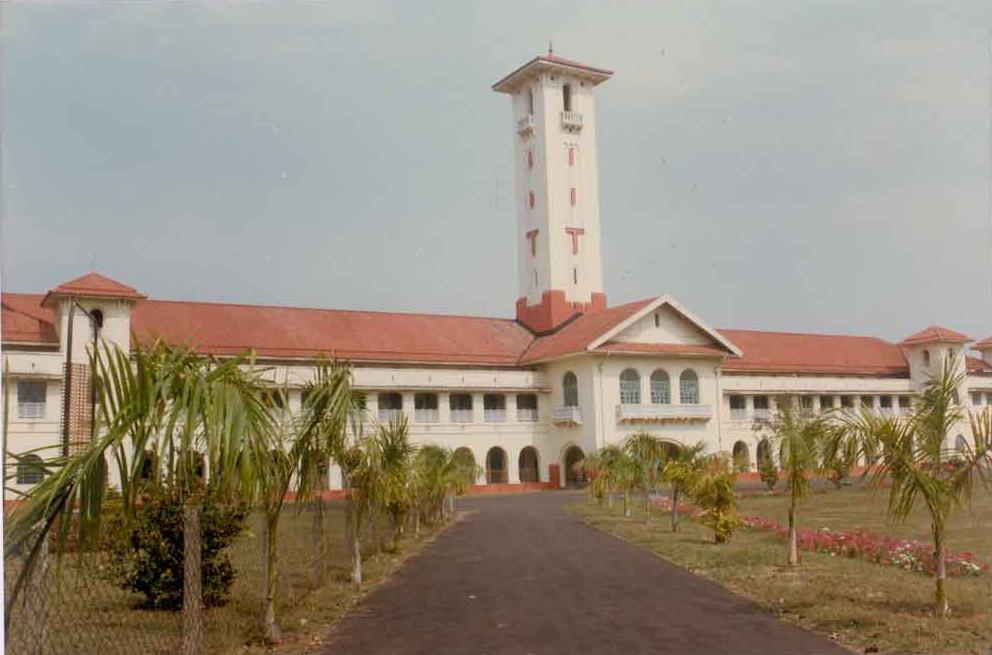 Hijli Shaheed Bhawan in IIT Kharagpur. It was a detention camp during British rule and now houses the Nehru Museum of Science and Technology. Credit: Wikimedia Commons/Saugato Banerjee

It was Nehru again who, in consultation with Bhabha, established the Atomic Energy Commission (AEC) of the country on August 10, 1948 with Bhabha as its head. It may be noted that it was Nehru’s statesmanship on display that despite establishing an important agency like the AEC, he could understand the disastrous effects of atomic research. He had said:

“Today there is conflict in the world between two things, the atom bomb and what it represents, and the spirit of humanity. That is the paradox of the atomic energy-sputnik age. The fact that nuclear tests continue even though it is well-recognised that they are very harmful in the present and in the future, because of the fact that all kinds of weapons of mass destruction are being produced and piled up even though it is universally recognised that their use may well exterminate the human race”.

Nehru had realised that science without technology was like a body without soul. It was his vision which saw the inception and establishment of some of the most important and socially relevant technology hubs of the country. In March 1952, he inaugurated the fertiliser plant in Sindri and on March 10, 1954, he inaugurated the Hindustan Antibiotics Limited in Pimpri. Five Indian Institutes of Technology (IITs) were established on the recommendation of the Sircar Committee throughout the length and breadth of the country. On the inauguration of the first IIT in Kharagpur, Nehru said:

“Here in the place of that Hijli Detention Camp stands the fine monument of India, representing India’s urges, India’s future in the making. This picture seems to me symbolical of the changes that are coming to India.”

Jawaharlal Nehru’s scientific vision can also be seen in his shunning religious and traditional practices. He said that, “science was not merely an individual’s search for truth; It was something infinitely more than that if it worked for the community.” He went on to explain:

“For a hungry man or hungry woman, truth has little meaning. He wants food. For a hungry man, God has no meaning. And India is starving and to talk of truth and God and many of the finer things is mockery. We have to find food for them, clothing, housing, education and health are absolute necessities that every person should possess. When we have done that we can philosophise and think of God. So, science must think in those terms and work along those lines on the wider scale of coordinated planning.”

Unfortunately, Nehru’s legacy of science has been under assault in the “New India” of today. The current onslaught, particularly by the political class against science in our country is dangerous because it is putting faith and religion in direct conflict with science. In a country like India, where a large chunk of the populace is deeply religious, this conflict between opinion and fact can evolve quite dangerously. Nehru’s hard-earned and precious legacy should not be allowed to be wasted by his political successors. On the 54th death anniversary of the country’s best friend of science from among the political class, our venerations to Nehru would be in embracing rationality and science as he wanted us to.

Shah Alam Khan is Professor of Orthopaedics, AIIMS, New Delhi, and author of ‘the book, Man With the White Beard. The views are personal.