Since 2000, India's performance across indicators related to child health, education, labour, marriage and violence has improved, a new report says. 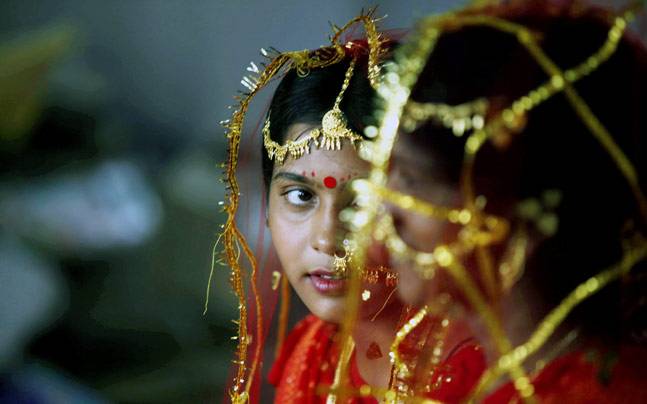 Child marriages are prevalent in many parts of India. Credit: Reuters

New Delhi: The number of girls between the ages of 15 and 19 years who are currently married is down 51% since 2000, a new report says. The country’s average performance across a set of indicators related to child health, education, labour, marriage and violence has also improved.

According to the Global Childhood Report released by UK-based NGO Save the Children, India, with its score on Childhood Index up 137 points, from 632 to 769, has also cut births given by teenagers by 63% since 2000 and 75% since 1990.

The index reflects the average level of performance across a set of eight indicators related to child health, education, labour, marriage, childbirth and violence.

“This reduction has resulted in over 2 million fewer teen births in India now compared to 2000 (3.5 million v/s 1.4 million), meaning progress in India alone accounts for nearly three-quarters of the global reduction in adolescent births during this period,” the report said.

If the rates of girls aged between 15 and 19 years had remained unchanged, there would be 9 million more married girls in India, the report said.

However, even with the improved performance, child marriage prevalence is higher in rural areas as compared to urban areas. These figures are 14.1% and 6.9% for rural and urban areas respectively for age group 15-19 years, the report says.

“India’s gains on its indicators will surely have a multitude effect on the next generation to come. However, while we see progress as per the data in the national averages, we urgently need to focus on narrowing the gaps between rural and urban areas and between people living in different wealth profiles.” the report added.

“Much remains to be done to reach the most deprived children who tend to be the furthest behind and are always the hardest to reach. Development policies and programmes formulated for children must ensure that there is special focus on children belonging to the vulnerable social groups, households in poverty, and children staying in states performing low on development indicators,” it said.

A comparison of End of Childhood Index scores, that evaluates 176 countries on children’s access to health care, education, nutrition and protection from ‘childhood enders’ like child labour and child marriage, finds the overall situation for children has improved in 173 countries since 2000, the report added.