Much of his thought will remain in the oral tradition, for that was the nature of this reclusive thinker. 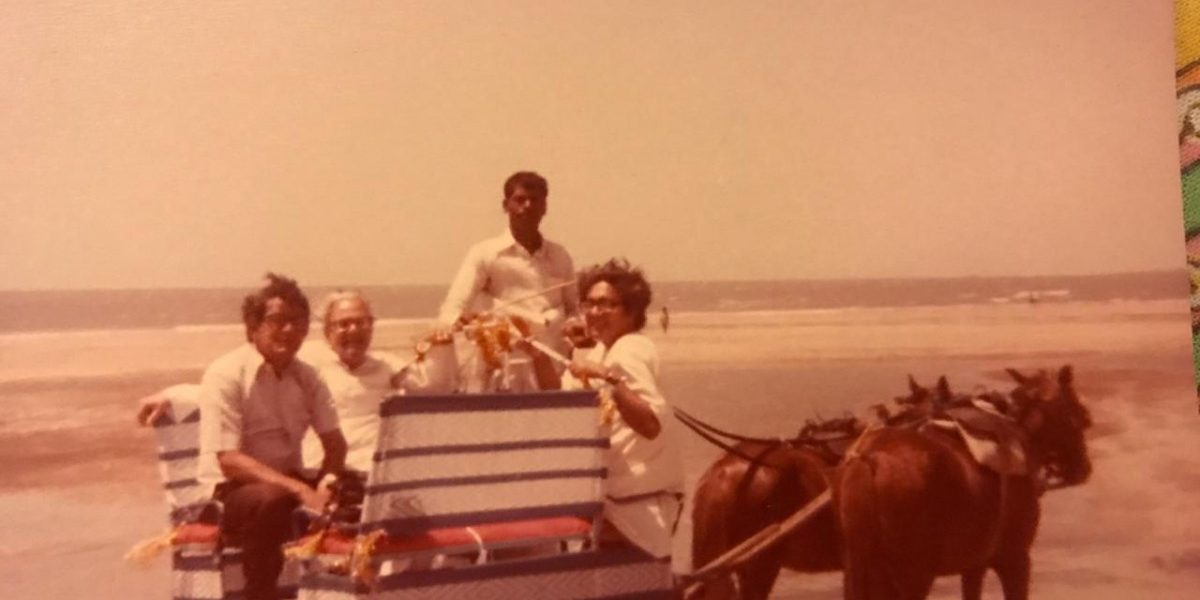 Philosopher, poet, painter Mukund Lath has passed on. He was a friend, brother and teacher to me but widely regarded as a special human being, gifted and generous, modest and self-effacing in an age of intellectual aggression and networking. He was also, my friends reminded me, once an ace fast bowler! 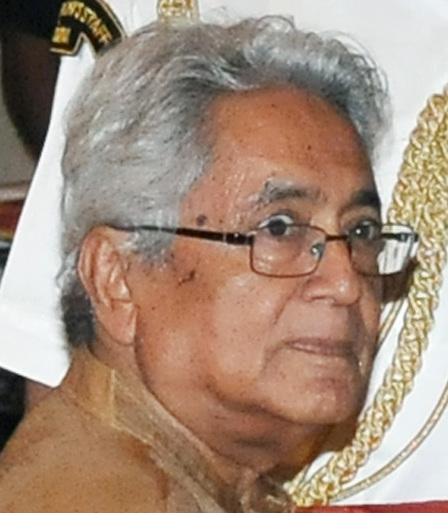 What I have internalised is his work on ethical thought, the idea of concepts and categories from within Indian traditions that can be universalised. Mukund’s book Dharma sankat offers us an ethical ideal in the concept of aanrshamsya or non-cruelty. Building on the Mahabharata, he argues that ahimsa or nonviolence is too demanding a dharma – after all, living requires a degree of violence. Aanrshamsya has more than a negative connotation signifying “good-will, a fellow feeling, a deep sense of the other” and “occurs often with….anukrosha, to cry with another, to feel another’s pain”.

Among its exemplars are the dharmic butcher who teaches the brahman and the parrot who refuses to leave the withered tree that had once protected it, and with the help of Indra’s boon is eventually able to revive the tree. Aanrshamsya is conjoined with abhyudaya, the flourishing of all.

Mukund’s doctoral work had been on Datillam, a text on ancient India’s sacred music. The thesis was heavy and when one of his examiner’s got a heart attack, I would tease him that it was the weighty tome that was responsible! He had been very close to my parents, Francine and Daya Krishna. The latter recommended his work to G.C. Pande, who created a position for him in the Jain Studies Centre of the Department of History and Culture, University of Rajasthan. The move to Jaipur resulted in two important English translations, both also beautifully illustrated and produced, as Kalpasutra and Ardhakathanaka – Half a Tale, the latter being the first Indian autobiography ever, authored by a 17th century Jain trader from Agra called Banarsidass.

The world of thought fascinated him and he drew upon the resources of Sanskrit, Prakrit and the Indian vernaculars as also on his training in classical music with Pt Maniram and Pt Jasraj. Daya Krishna wrote to the anthropologist Alan Babb, “Mukund has written a marvellous paper, incredibly so. It is on music and explores the questions of the identity of a raga [comparing it] to the interpretation of a character in a play…and …to a ‘concept’ which undergoes a continuous interpretation at the hand of successive thinkers and yet remains in a strange way the same.” The alap of the raga was the unfolding of vichara or thought. The paper would grow into a book on music and thought.

Also read: Fahmida Riaz Has Left Behind ‘A World of Possibilities’

In the 1980s he got involved with the Samvada project spearheaded by Daya Krishna and M.P. Rege. Mukund and Arindam Chakrabarti shared in what Arindam called “their life-long dialogical philosophical adventure”. “What Dayaji wanted was that it should become a movement” – this dialogue between traditional and contemporary thought, Mukund declared on a panel that I had put together at the Jaipur Literature Festival. My mother and he helped Daya Krishna co-edit the volume of a wonderful dialogue on Bhakti published by the Indian Council for Philosophical Research. He shared with my mother also a passion for thrillers and many books would be exchanged – P.D. James and Colin Dexter being particular favourites!

The Jaipur group was also involved in another Decolonising Knowledge (mansik swaraj) project and had formed a group around a philosophy journal in Hindi of which the other two editors were G.C. Pande and Yashdeo Shalya.

Mukund began to write increasingly in Hindi and he wrote slowly – there was little recognition to begin with except by a discerning few. But his prose was elegant, indeed musical. He wrote the Introduction to the Philosophy of Yashdeo Shalya, a brilliant mind, making lucid his abstruse philosophy.

He had a Marwari background but his family very early recognised that business was not his forte. Nonetheless, he inherited a wonderful art collection and was both theorist and connoisseur of the arts and became artist as his health began failing. A small personal collection of manuscripts also took him deeper into Bhakti and he worked on the Hindi verses of Namdev, the great 14th century poet-saint of Maharashtra.

Much of his thought will remain in the oral tradition, for that was the nature of this reclusive thinker. Many discussions at dinners together come to mind. Conversation on ganikas (courtesans) and brahmans and a Sanskrit text in which a brahman-ganika conflict is resolved by rasikas after the ganika has placed her foot on the brahman’s head. She was, after all, following the title of his well-known essay, the svatantra istri, the free woman!

We spoke of ancient Indian cities and the rich intellectual life of the sampradayas. Jayanta Bhatta’s Agamadambara, the ninth century Sanskrit play, which begins with a fight between Buddhists, Vaishnavas and Naiyayikas. Jayanta Bhatta eventually declares Nyaya right and Buddhists wrong but upholds them all as respectable traditions – even the truth of the Shaiva agamas – the only exception were deviant Shaivas!

Mukund was, however, like the rest of the Samvad group, a rationalist, critical of blind traditionalism. On the famous story of Shankara’s encounter with the Chandala who it is said turned out to be Shiva he quipped, ‘What if the Chandala was not Shiva in disguise and the dogs were not the four Vedas?’ Shankara’s metaphysics is radical but his social thought contrary to it as he falls back on the Dharmashastras and Smritis, he told me. Instead of universality it ends up in irrationality! Despite the theological principle of atman in all living beings, Indian society over the centuries institutionalised social hierarchy and untouchability in its social structure legitimised by the Dharmashastras. The story cannot be dismissed as mere hagiography or myth for, as GC Pande points out, “if the anecdote were unhistorical it would be difficult to explain its fabrication in later times. The very fact that it was accepted even as part of the Shankara legend is not without significance.”

The blurb to the Bhakti volume asks, Is bhakti possible without belief in personal God or any God whatsoever? Bhakti ka lakshana kya hai (What is the defining characteristic of bhakti), Mukund had asked of the gathering assembled at Vrindavan.

Others will record their indebtedness to Mukund in reading texts – Monika Boehm-Tettelbach, Winand Caellaewart and Daniel Raveh among them. Let me record my own: his facility with medieval vernaculars helped me interpret Mewati narratives on which we spent long sessions when I did my doctoral work. The Pandun ka kara, is a Mewati Mahabharata of which the author, performers and audience are Muslim. We realised that the text is a dialogue between two sampradayas, Gorakhnath, the great guru of the Naths and his disciple Aughar who represents a tantrika theology far more radical on questions of caste, gender and sexuality. Last year we read the Isha Upanishad, the text that was hugely inspirational for Gandhi and Sri Aurobindo. The Sanskrit was read along with several modern commentaries including in Bangla by Sri Anirvan.

The philosophy (and poetry) of Mukund Lath related deeply to a strand of 20th century’s critical and cosmopolitan spirituality including of Sri Aurobindo and his close disciple, Sri Anirvan whose student he had been. Purnata and shunyata, wholeness and nothingness, the Vedic and the Buddhist traditions could thus be brought in dialogue. Last year Mukund shared his translation of the Prthvisukta a section of the Atharvaveda as Ode to Earth proving that it much more than about magical incantations.

Mukund and Neerja’s “Ghar” (so named by “Bijji” Vijay Dan detha) had been my parental home in Jaipur after Francine and Daya Krishna passed on! On Friday as I left Ghar after the cremation I missed his presence at the gate. But in the end the struggle with life had become too hard. A common friend, Vivek Dutta, had learnt of the Jain practice of santhara from Banarsidass’ account. Was this the reason for Mukund’s withdrawal from food? Or the conviction that the body is akin to the kechuli that must be shed as is done by the snake, as he puts it in a poem?

Shail Mayaram is author of Resisting Regimes: Myth, Memory and the Shaping of a Muslim Identity (Oxford University Press, 2017, 2nd edition) which discusses the Tablighi Jama’at.