Modi Is Everything That Your Parents Taught You Not to Be

The disturbing reality of today’s India is that our prime minister has come to exemplify the exact opposite of the values our parents brought us up with. 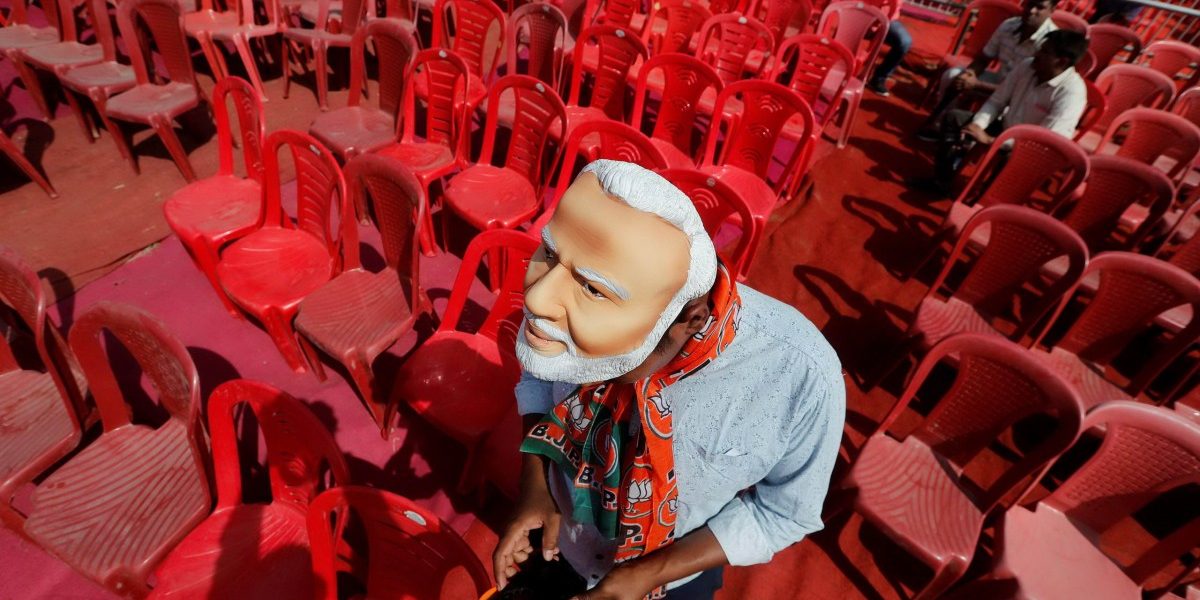 Modi, it is now clear, is the adult version of the kid your mom told you to stay away from. Credit: Reuters

I have yet to meet parents who did not want their children to grow up to be good human beings. This also includes parents who do not feel they have been shining examples and sterling role models themselves.

One could call that list ‘morality basics’ or ‘Behaviour 101’ but it was the very least that was expected of us. In turn, it is the very least we expect from others – including our leaders.

It’s a sad commentary on our times that the last place we look for morality is in our political leaders, but even there, we expect at least a modicum of goodness. That’s why we find it is so inspiring (and rare) when a public figure actually shows strength of character and is honest even to his or her own hurt. It makes us sit up and take notice.

That’s why we revere leaders like, say, Nelson Mandela, who even after spending 27 years in prison, did not take revenge on the white population of South Africa or incite others to do the same. That’s why we respect Jacinda Ardern for going the extra mile in reaching out to the Muslim community after the tragic mosque shootings.

The disturbing reality of today’s India, however, is that the prime minister of our country has come to exemplify the exact opposite of the values our parents brought us up with, and that we want our children to grow up with. Let’s examine the list:

Don’t lie: We find it extremely hard to believe what our prime minister says any more. When he says terrorism in India has come to an end and his own government’s data proves the opposite, and when he says that demonetisation did not cause a rise in unemployment and the data show that 50 lakh people lost their jobs because of it, we know the man is suffering from a serious lack of credibility.

Don’t keep bad company: Despite severe public censure and criticism, Modi continues to follow abusive trolls on Twitter. A man is known by the company he keeps. Modi’s choice of online friends is deplorable, to say the least. His choice of ministers and candidates is even more so.

Don’t abuse: By calling a deceased prime minister “Bhrashtachari No. 1” at the point of his death, the prime minister of India has now dragged public discourse to a new low. Lamenting Modi’s remarks on the late Rajiv Gandhi, Rajmohan Gandhi who once stood against Gandhi as a candidate from Amethi, said, “Even if someone then believed that Rajiv had tolerated corruption, would they say to his son 28 years later that ‘your father ended his life as India’s most corrupt man?’”

Take responsibility for your mistakes: To this day, the prime minister has not apologised for the trauma that demonetisation has caused the people of India. Never mind an apology, he has not even acknowledged that the note ban was a colossal mistake and an unmitigated disaster.

Apologise when you hurt somebody: Humility, it has been said, is the soil in which all human graces grow. The ability to genuinely apologise shows humility. One can thus understand why Modi, who has never been known for his ability to acknowledge wrongdoing, is clearly devoid of such graces.

Also read: Democracy Is Not a Monologue: Rahul Gandhi’s Self-Effacing Critique of Modi

Do your homework, study for your exams, don’t cheat: A prime minister whose own educational abilities and achievements remain shrouded in mystery and controversy can hardly be expected to be a role model for India’s children and youth, ‘Exam Warriors’ and nationally televised pariskha pe charcha sessions with school kids notwithstanding.

Be civil and courteous to others: By calling Mamata Banerjee ‘speed-breaker didi,’ Sonia Gandhi ‘Jersey Cow‘ and Rahul Gandhi ‘hybrid bacchda’, Modi has told the country that civility and courteousness are not his core values.

Aristotle, the 4th-century Greek philosopher, wrote in Rhetoric – his treatise on the art of persuasion – that there are three primary ways to influence people – through logos (logic), pathos (emotion) and ethos (one’s own character.) Of these, he believed that ethos, a person’s character, communicates the most effectively and powerfully.

Unfortunately, a lack of character also communicates clearly and strongly, and coming from the highest office bearer in the land sends out the unambiguous signal that decency, courtesy and civility no longer matter.

Modi, it is now clear, is the adult version of the kid your mom told you to stay away from and is a living example of all the things she taught you not to be.

It is time we replaced him with someone we are happy to let our children emulate a bit more.