From a community of hijras to two brothers who donated their piggy bank to the poor, tales of heartwarming positivity emerge from the uncertainty of the disease and lockdown. 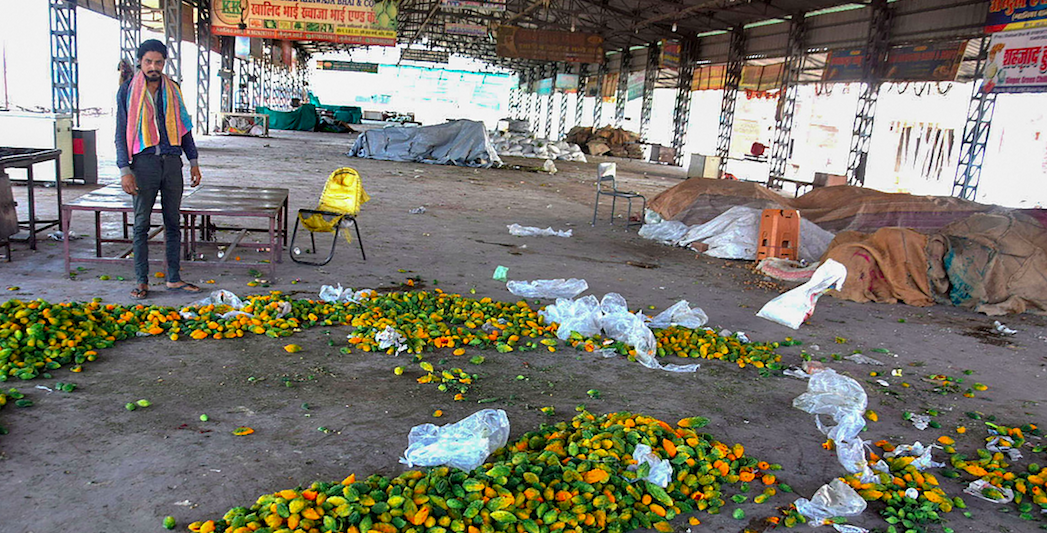 A deserted view of a wholesale vegetables and fruits market which has been shut for the past five days after a trader was detected COVID-19 positive, in Bhopal, Sunday, April 5, 2020. Photo: PTI

Bhopal: In the video below, hijras who are usually seen crowding intersections for alms are seen distributing wheat flour, rice, pulses and salt to the poor. The video was made six days after Prime Minister Narendra Modi gave four hours’ notice before imposing the 21-day nationwide lockdown.

This is just one of many such videos emerging from Madhya Pradesh’s Chattarpur district, a part of the Bundelkhand region, where more than 65-70 rural households live under the poverty line and where seasonal migration for work is a routine part of life.

After the lockdown announcement, hundreds of migrant workers have tried to head home. Left stranded, their families have struggled to feed themselves.

Amidst the crunch, the hijras of Panna Nakka locality, close to Chattarpur Collectorate office, have been distributing essentials to the poor.

“We are donating food to the needy as blessings. We pray to the gods that they keep them healthy. At a time like this, they need two square meals the most,” said Neetu Kinnar to The Wire.

Hijras have long since been designated as ones to either bless or curse other people. For Neetu and her colleagues, this has proven an effective opportunity to transform blessings into tangible offerings.

A 10-year-old boy and his 12-year-old brother have also decided to donate the entire savings from their piggy banks to the poor at this time of disease and lockdown.

The brothers Devraj Singh Parihar and his elder brother Keshav, are residents of Khedli village in Neemuch district in Western Madhya Pradesh. The two walked to Kanjarda police post where they donated Rs 5,060, which they had saved in their piggy banks.

“They told the police that after hearing about the pandemic, they thought of donating their savings. When asked why they gave the money to the police, the boys said it was because policemen knew everyone in the area,” Kanjarda post in-charge Anil Singh Thakur told media persons.

On Wednesday afternoon, Dr K.K. Silawat, posted in Deori Primary Health Centre (PHC) at Raisen district was informed about his mother’s death. As he was the only on-duty doctor at the PHC, instead of rushing home, Silawat reached home only after attending to all the patients.

Ashraf chose to stay and finish his job of sanitising homes, so people were safe from the virus, before leaving for home. Ashraf went in the afternoon for the burial and returned to work afterwards as well.

According to Jan Swasthya Abhiyan (JSA), Madhya Pradesh appreciates the step taken by its new government of taking over private hospitals to fight the COVID-19 crisis.

“In view of increasing cases, the state needs to increase capacity at level of sample collection as well as testing facilities. Besides that, adequate PPE, masks and other protective equipment for all health care professionals, frontline health workers, and workers engaged in essential services in all districts must be provided,” Amulya Nidhi, health activist, said.

The state is without a home minister and health minister at this trying time. But it still has a trusted set of good Samaritans to tide it through.