Lotika Varadarajan, a Flawless Blend of Tradition and Modernity

In a culture where people seldom speak their minds to friends, the historian and international textile authority could be a fierce critic when she felt one was going astray. 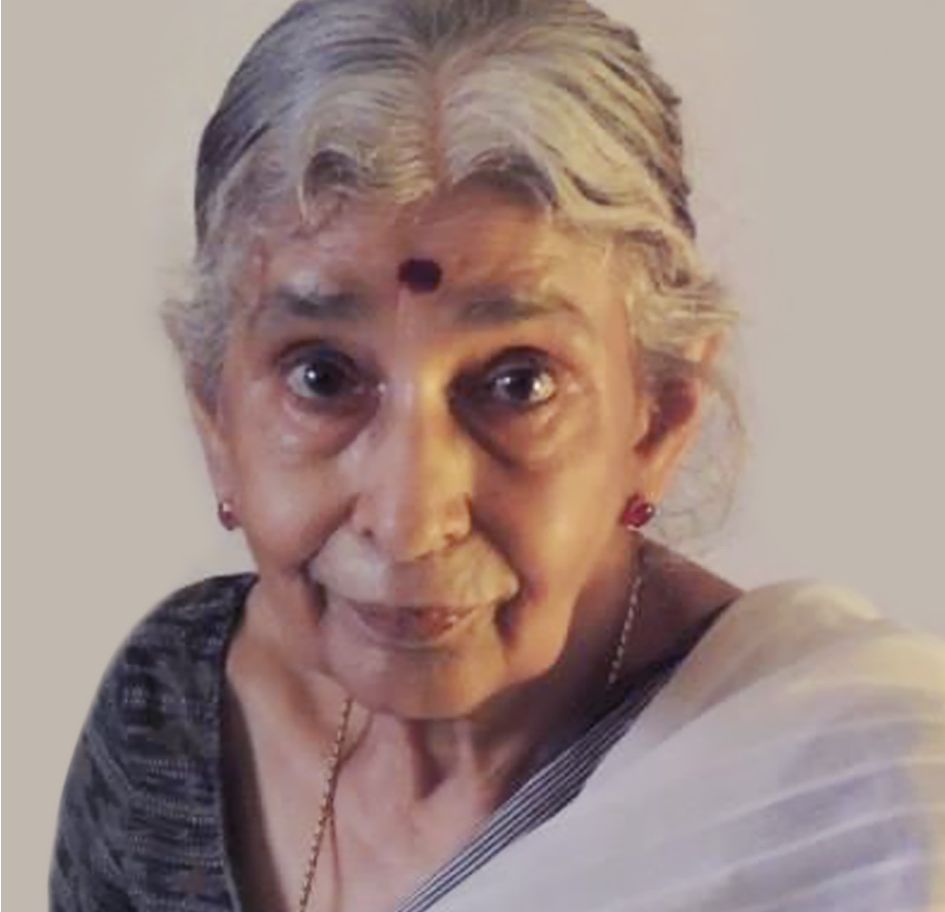 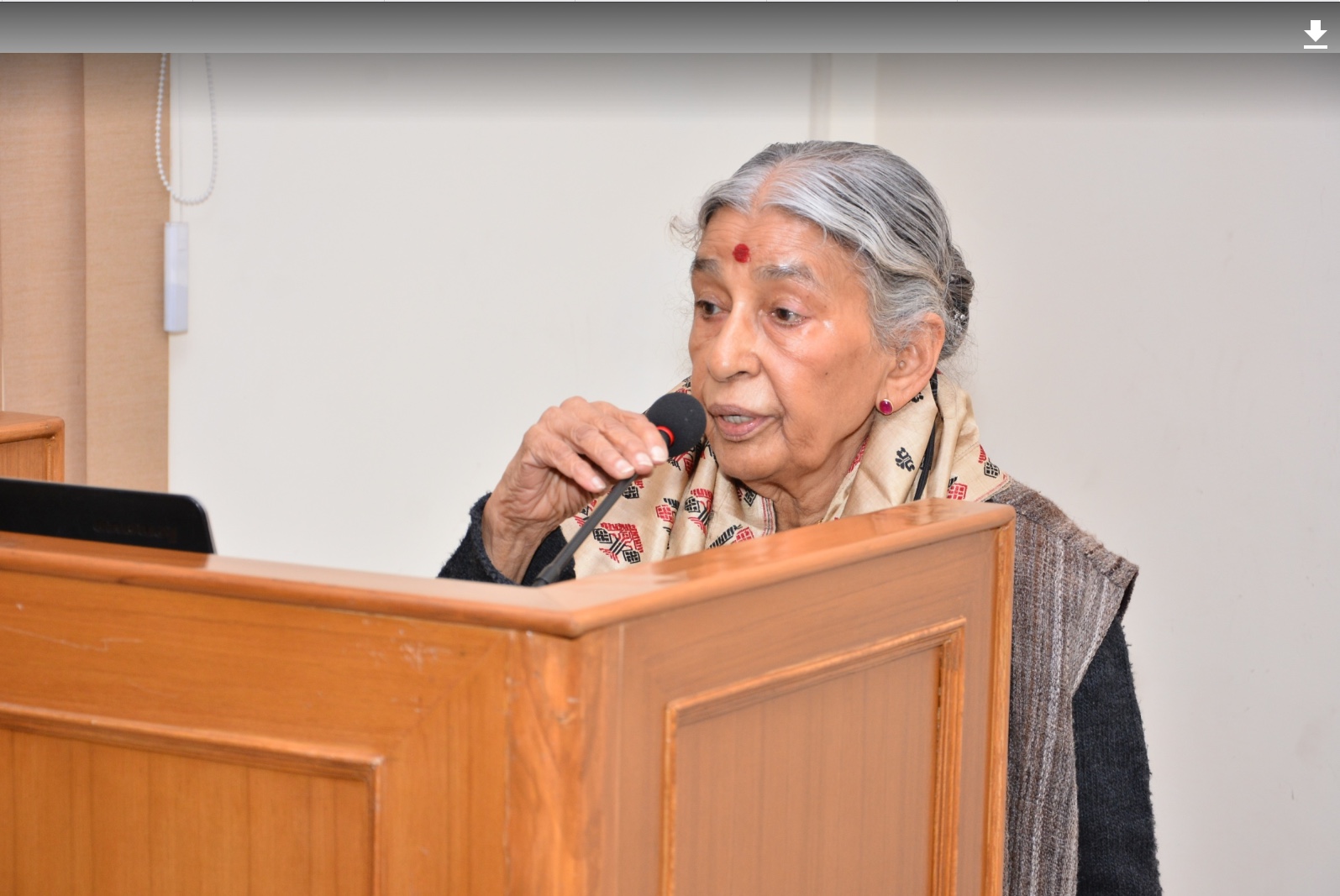 Lotika Varadarajan, the historian, international textile authority, inspirational teacher and an intrepid traveller, passed away a few days ago. She was a friend for over three decades; a source of knowledge, support and inspiration, serving too on the board of Dastkar in the 1980s. Even more valuable, in a culture where people seldom speak their minds to friends, she could be a fierce and articulate critic when she felt one was going astray.

I Ioved her passion, her drive and dedication, her mischievous humour. Her esoteric unexpected bits of knowledge about everything from the 17th-century trade routes, which brought my ancestors to India from Yemen, to the flowers that cows were fed to make their urine more yellow (an essential element in the original kalamkari process). Her delight at a new snippet of information or the achievements of a craftsperson. The unforgettable way her rather serious face would suddenly light up with a radiant smile, her luminous brown eyes (always heavily outlined with kohl) glowing with warmth and fun. She loved a joke, and cracked many, often at her own expense or that of her frequently malfunctioning hearing aid.

Her small, neat figure, always in a firmly-wound handloom sari, the pallav tucked in at the waist, will be much missed in craft discussions and forums, her head cocked to hear every last word, her precise, carefully chosen but never minced words, her determination to get to the bottom of everything, regardless of the ticking clock or the place. I was once captured by her in Khan Market and cross-examined for 15 minutes on the provenance of my sari while a road jam of cars blew their horns in increasingly loud disapproval. Varadarajan was impervious, having discovered a variation of Siddipet weaving she was unaware of.

How disappointed she was when someone’s depth of knowledge or curiosity didn’t match her own. Learning of my family’s Arab roots, she was aghast at how little I knew of their voyages to India. “But Laila, you must find out! It’s very important…..” I remember her saying reprovingly. She herself knew the type of ship they must have travelled on, the wood it was made of, the shape of the sails and prow, the seasonal winds that blew them to the sands of Cambay…. Medieval maritime trade was one of the many areas she made her own.

Others included Kalamkari and Ajrakh block printing, Paithani weaving, Indo-Portuguese embroidery, indigo dying, Kerala and Kutch boat building, the ethnography of Karappur royal garments, the Fustat textiles, Konyak tribal traditions, loom technology, the contents of Shivaji’s toshakhana and the calendrical systems of the Nicobar islands. In each case, folk memory was her favoured source material, as vital as the historic documents she tracked down in libraries all over the world.

Her list of publications and papers is mind-boggling, as she travelled from the Northeast to the Andamans, Lakshadweep and Indonesia, to Portugal, Italy and Greece, to the USSR, South America, Southeast Asia and Australia; speaking at conferences, uncovering and sharing data and information, making friends and admirers everywhere. She wore her scholarship and international renown lightly but was never casual about scholarship itself. Nothing made her crosser than superficial generalisations unbacked by research and hard facts. She was a purist too, disliking some of the aberrant directions Indian craft had taken in search of new markets. Her disapproval of “those horrible synthetic black mannequins” we used to display garments at Dastkar exhibitions was a fond joke.

Nevertheless, she was far from the stereotype singleminded strait-laced academic, beginning with her inter-community romance and marriage in England – a Bengali girl marrying a Tamil-Brahmin in the 1950s. At her remembrance service, one of her research students told a lovely story of Varadarajan opening her wine cabinet one evening and discovering its rather meagre contents. “Put on some lipstick and let’s go,” she urged the young researcher, and off they went to a reception at one of the embassies, where they had several glasses each of a more satisfactory vintage.

And when she was invited to spend several months in Europe as a visiting scholar in the 1980s, she landed up in the office with a wonderful old Himachali woollen pattu, demanding I design a stylish coat for her, one that she could wear with her saris. I enjoyed that and so did she.

My favourite memory is when, in the midst of some scholarly get-together at the India International Centre, a long-lost male acquaintance came up and regaled us with rather raunchy anecdotes of their shared university days, (she was at Miranda House and then Cambridge) and how her voluptuous hourglass figure, in a tightly wrapped sari even then, was the cynosure of adolescent masculine eyes. It’s the only time I saw her disconcerted.

As much a part of her as her scholarship was her enormous generosity of spirit. She was always ready to share information, to introduce a researcher to a source, to act as a host and go-between for two people she felt would enjoy meeting one another. In the secretive, often suspicious world of academia this was quite rare. Her home was a haven to family, friends, visiting international scholars, young students. She opened many doors for me, both of knowledge and friendship, over the years. One sentence will always resonate: “To sacrifice craft traditions at the altar of modernity is tantamount to adding yet another dimension to the poverty of the mind.”

Thank you, dear Lotika. Rest in peace. I will miss you.