Corporate social responsibility activities are guided less by what is deemed good for the society in the long run and more by the short-term compulsions and interests of a company. 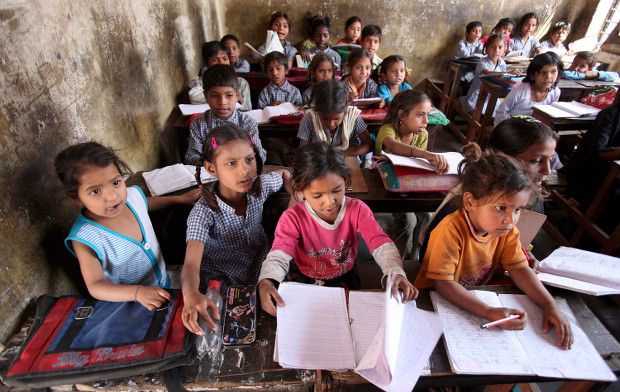 Clause 135 mandates companies above a certain size to spend 2% of the average profits of the last three years on social development projects, or what are popularly referred to as corporate social responsibility (CSR) activities. What these should be are defined in schedule 7 of the Act, which has been progressively broadened in recent years to include many more categories.

Though theoretical and empirical research on all philanthropic giving for social causes is still slim, the mandatory nature of clause 135 has spawned a whole array of organisations and professionals to offer advice to companies and others on how to do CSR better, to evaluate progress of CSR as a whole, or to work on CSR projects. The Equal Innovation Consulting’s recent report titled ‘India’s CSR: Taking Singles Instead of Hitting Sixes’ belongs to this genre.

Based on independent research and interviews with 39 leaders of some of the largest NGOs based in India and the US, the rerport evaluates the state of CSR in India after the 2013 mandate. For this, like most others, it lumps both corporate giving and other independent philanthropies by individuals and families under clause 135, making no distinction between the two. In fact, there is an important difference.

While philanthropy as a concept is essentially that of voluntary giving arising out of concern for one’s fellow beings rather than any benefit – even intangible – that can be derived from it, mandated CSR is really an attempt by the government to involve business in the nation’s sustainable development goals and to supplement government efforts in this regard. It gives only a limited freedom to donors on how they can spend their philanthropic rupee – limited to the categories mentioned in Schedule VII of the Act, and in ways mentioned therein.

In independent philanthropy, a donor is free to decide – to whom, where and how he/she will give. While in true philanthropy there is no expectation of a quid pro quo, companies are motivated to be socially responsible mainly because of the possibility it offers of promoting their brand, and by the benefit it offers for better labour relations and a good corporate image. The moves to align CSR activities with a company’s core competence makes good business sense and are guided less by what is deemed good and necessary for societies in the long run, and more by the short-term compulsions and interests of a company.

CSR is the result not of a personal philosophy or passion of one individual or family but a considered decision of the board, and part of corporate policy and action. By having to take a common view it is likely to lack the passion which leads to pathbreaking changes. However, it must be admitted that in the short run, the outreach of CSR is likely to be far broader than much individual philanthropy. Only a few philanthropic investments are truly path breaking.

Companies partnering with NGOs for CSR

The distinction not withstanding, it has to be admitted that all additions to the philanthropic pool to improve the condition of society are welcome if they indeed lead to an improvement of the social condition. What is not so welcome is the fact that more attention has come to be focused on the use of profits and not on how those profits have been made. The latter can adversely affect society, offsetting any gain from giving to society.

A second reason for disquiet is that the bulk of the CSR discourse has come to be focused almost exclusively on CSR as additional funding for NGOs, rather than a way of building major institutions, or conducting research in green field areas or investing in social enterprises which might have a larger social impact. Given their increasing difficulty in accessing foreign funds for development due to the government’s hard line on this, and the fact that government funds are meagre and inflexible, the NGO interest in CSR funding is understandable. Even company interest in NGOs is understandable, given that few companies have core competence in undertaking social development activities and therefore have looked to NGOs to partner with them, at least in the short run. At the same time, one needs to be aware that CSR funds can also have a social impact in ways other than through partnering with NGOs.

Be that as it may, the report’s conclusions and recommendations are a cause for introspection by companies. The report concludes that contrary to expectations, though large NGOs have seen a spike in donations from companies, the grants given have neither been as large as expected nor transformational. They have not led to scale in the operations and impact of NGOs; nor have they led to policy changes or to the strengthening of the development sector as a whole.

The report acknowledges that this has partly been due to the fact that companies, which are now required to spend upward of Rs 6,000 crores on CSR, have been busy getting organised for CSR as mandated – in setting up board committees, hiring professional staff for the CSR work, identifying good NGO partners and so on. Even granting this, the fact remains that most companies have been more concerned with the tax and compliance implications of CSR than with the impact of their contributions. Consequently, barring a few, the efforts are amateurish.

The report has identified several reasons for the low impact. For one, CSR departments are poorly staffed, both in numbers and quality. Instead of strategic leadership and trained staff, most CSR functions are looked after by some other company department like corporate communications, marketing or HR. They do not focus on achieving impact by building a sustained relationship with the NGO partners they have chosen. Nor have they, as yet, developed in-house expertise in development issues.

To illustrate good practice, the report gives case studies of corporate-NGO partnerships that have achieved scale in both coverage and impact, namely, the Akshara Foundation supported by the Omidyar Foundation, the Akshaya Patra Foundation and Infosys, the Public Health Foundation and multiple donors.

Recommendations on improving philanthropy in India

Taking a cue from the successful impact of these organisations and the suggestions of civil society leaders, the report makes several recommendations for better impact from CSR funds. These may not be new to many but are nevertheless sensible and useful. The most important ones are:

The report strongly recommends corporate investment in the capacity building of the NGO sector, and of other Indian institutions such as universities and research institutions by skilling their staff, helping them partner with similar organisations abroad in various fields, especially in the fields of agriculture, technology, health research, energy and the like.

Finally, it recommends that companies and donors based in the US but working for India should invest in academic sectors that are sending professionals to the US; invest in American ideas which can be adapted to India, especially in new technology like big data or 3D printing, among others.

The report’s analysis, conclusions and recommendations will undoubtedly be useful to NGOs and companies alike. I must admit to some surprise at the report’s reading of government intentions behind the mandating of CSR. According to the report, the Indian government was keen to develop a philanthropic sector that can experiment with ideas, support organisational growth and try approaches government cannot and to create programme models for public policy which can be transformative.

While this has been the goal of civil society and what they have been asking government to support through policy and finance, I am not aware of any official statements that this was government’s intention too. Apart from this measure (the Companies Act) which was, most people believe, to get private support to supplement its own development efforts rather than to stimulate philanthropic innovation, government has done little to encourage a dynamic donor sector. There have been few dialogues with high net worth individuals or foundations on what could stimulate philanthropy, and lead to imaginative solutions of social problems.

To conclude, one wishes that the report had addressed the question of whether and how CSR will affect private philanthropy. It is likely that wealthy individuals and families who have business connections may believe themselves absolved of the need to give and consider company giving as a sufficient contribution, though this needs empirical research to support a conclusion, either positive or negative.

Pushpa Sundar is the author of Giving with a Thousand Hands: The Changing Face of Indian Philanthropy and Business and Community: The Story of Corporate Social Responsibility in India.