A fantastical view of the stupidities, fallacies, misconceptions, whims and fancies regarding Aadhaar. 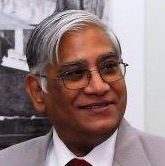 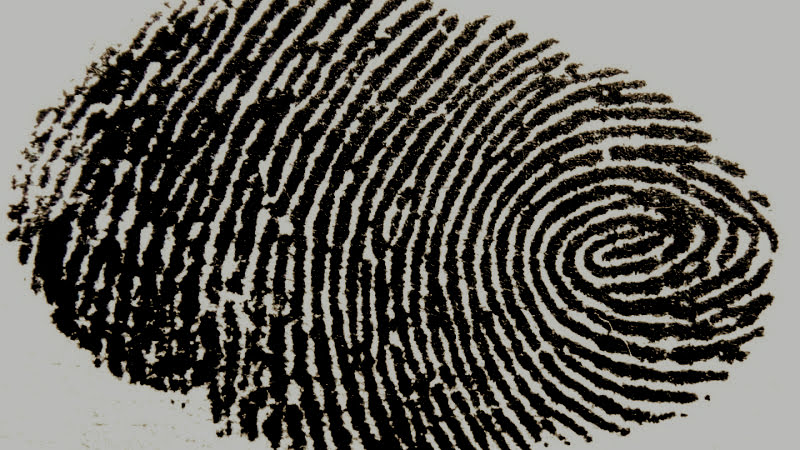 The system sees me as a ‘cantankerous old guy’, or cog in short. Maybe a cog is what I am. How else can I explain that even as I disagree with anything and everything that the establishment mandates, everyone totally disregards what I have to say?

One of the reasons for my contrariness is my irritating habit of harking back to the basics. If there is a text, I must refer to it. If there is any legislation, I must go to the bare Act. And if there is nothing at all, I must go to guru Google. No wonder my friends find me a source of constant amusement and, at the same time, ridicule.

These days my friends find my outbursts against my weird encounters particularly amusing. They darkly suggest that there is nothing wrong with the world, and that it is I who am weird.

Somehow, I am not convinced. Take for instance my strange encounter with my banker. He insisted that I must link my account with my Aadhaar and wanted to see the card. I informed him that while the number is in fact written on a card, it is not a card like an identity card or a ration card. The fine point of the number being written on a card and yet not being a card escaped his banking instincts altogether.

“Sorry sir, but you must link your account with your Aadhaar card. We have our orders. They must be followed.”

“Didn’t some people in central Europe say the same thing about following orders in the early part of the last century?” I countered. “Look at the Aadhaar Act please. It speaks of targeted delivery of freebies so that no freeloaders can usurp what should be enjoyed by some other undeserving layabouts. This is my money and my account. I am not getting any subsidy or benefit and, frankly, very little service. So why should the Aadhaar number be linked?”

But the blighter wouldn’t budge. “No sir! I can’t allow your account to be operational if you don’t link your Aadhaar card with it.”

I soon had another weird encounter; with the ‘Avoidaphone’ fellow. He also wanted to see my Aadhaar card. I refused. He patiently explained to me, as if humouring some child, “You see, this is to prevent the misuse of the phone.”

Difficult as ever, I demanded, “Define misuse, mister!”

“Well, the phone could be used by a terrorist.”

“Let me understand this; if the Aadhaar number is linked to a SIM, the phone shall stop functioning if it is used by a terrorist?” I posed innocently.

Also Read: Who Is Running the ‘Orchestrated Wine And Cheese Campaign’ Against Aadhaar in the SC?

“No, Sir! Don’t be ridiculous,” said the executive, his patience obviously running out. “It means that if a terrorist uses the phone, we shall get to know his identity. Then he can be nabbed.”

“I doubt it,” said I, the eternally doubting Thomas.

“What do you mean?” exclaimed the ‘Avoidaphone’ man.

So I waxed eloquent with all the wisdom I had acquired from guru Google.

“You see,” said I, “If the gentleman is a suicide bomber, there would be no difficulty in nabbing his dead body. But even an intellectually challenged terrorist would use a stolen phone or a pay phone. Or he would buy a cloned SIM from the paanwaallah at the nearest chauraha. If he is a sophisticated attacker, rest assured he shall use a SIM obtained in Timbuktu. Further, my understanding is that Aadhaar data cannot be shared with the law enforcement agencies; so where is the question of nabbing a terrorist from the biometrics?”

“No Sir, but rules are rules.”

“Look my good man,” said I, quite exasperated, “Executive instructions, no matter how elegantly drafted, should not defy common sense. Even if they do, they cannot be in contravention of the legislative intent and spirit.”

Also Read: A Pakistani Spy and Lord Hanuman Walk Into an Aadhaar Centre. What Does the UIDAI Do?

“Yes sir, but rules are rules!”

“Well, it’s a bloody expensive mousetrap to catch a terrorist! The financial burden of this exercise far outweighs any damage that could be caused even by 72 terrorist strikes!”

“Sir, it shall also prevent anyone else from taking a connection in your name.”

“Oh for heaven’s sake! What’s the big deal? Let anyone take a connection in the same name as mine. Can’t there be two people with the same name? I am sorry but maybe there is a logic gap somewhere!”

Then I had to buy a train ticket. Another weird encounter. The railway clerk insisted that everyone should quote the Aadhaar number and also show the ‘original card’. I entered into a futile argument because he would not listen.

“Why are you shouting?” he said. “You are the beneficiary of a subsidy; you avail the senior citizen discount, don’t you?”

“Ah yes, I do. But the Aadhaar is needed for targeted subsidies. The senior citizen discount is not targeted to a specific individual. You would give that discount to anyone above the prescribed age.”

But the railway clerk was not willing to be educated.

“Rules are rules,” he ruled. And the ignoramuses behind me in the queue booed. They booed me; not the railway clerk!

At the hospital too, I could not see any doctor. “I don’t have an Aadhaar number!” I declared.

“Well you must get one. It is compulsory,” said the petty tyrant responsible for issuing OPD slips.

I attempted to educate him that there was no compulsion about it. It is an entitlement! The Act entitles every resident to obtain an Aadhaar number through the prescribed process. I had just started explaining the differences between ‘entitlement’ and ‘obligation’ when the rude people behind me in the queue started shouting. At first I thought they were shouting at the OPD clerk, but it soon became clear that they wanted to lynch me for holding up proceedings.

Also Watch: Interview – UIDAI Has Lost Control of Its Ecosystem and Virtual ID Falls Too Short of the Problem

The next encounter was worse. The income tax chap was not only adamant but downright threatening. He ordered me to show my Aadhaar card. I asserted that Aadhaar is a number and not a card and that the Permanent Account Number (indeed written on a card) had been given to me by the income tax guys and it had been working fine for the past several years. All my financial dealings are already known to Big Brother through the PAN. Why start complicating matters now?

“But sir, we now have instructions that your PAN should be linked with your Aadhaar card.”

“You mean to say that the PAN, which I was told was a permanent number, has now become a Perfectly Antiquated Nullity?” I posed.

“Sir, the Aadhaar will help us keep track of your taxes…”

“Do you mean to say that till now you could not!” I blurted out. “Like a fool I have been paying taxes and now you tell me that my PAN wasn’t good enough to keep track of them? I could have as easily not paid at all?”

“Sir, I repeat. We have our instructions and they must be followed.”

“Don’t you think you are rogering the happiness of far too many people at far too great a cost for benefits which to me seem totally illusory?”

I had another weird encounter when I recently called on a neighbour who had had a close call. After a couple of weeks in the CCU, HDU, ICU, ITU and other expensive abbreviations, he was back home. I thought he would be overjoyed to see my cheerful face; as indeed he was. Except that he screamed the moment he saw me.

He explained that he had had an exceptionally vivid dream while in the CCU, in which Lord Yama had appeared with a face exactly like mine. He said that the god of death had come to take his soul, but because he did not have his Aadhaar number, Yama refused to take him. 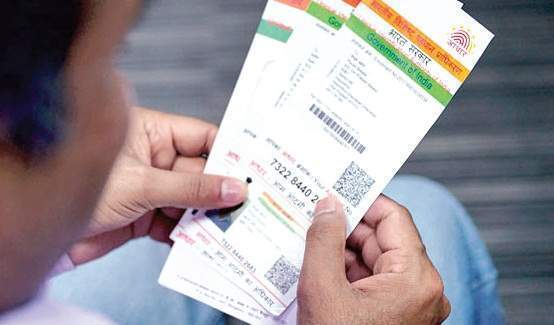 I have had Orwellian nightmares while getting my driving license renewed and while trying to obtain a passport. While applying for both, I had to produce my Aadhaar and give proof of residence. Ironically, neither the driving license, nor the Aadhaar, and now not even the passport, is considered valid proof of my address!

At one government office, the pompous protector of the hallowed gates not only wanted a self-attested photocopy of the ‘Aadhaar card’ but also contended that only people with ‘local’ cards would be given entry!

I am now getting into the habit of reminding people that the Aadhaar number or the authentication thereof shall not, by itself, confer any right of, or be proof of, citizenship or domicile in respect of an Aadhaar number holder. What a humungous waste!

Further, compelled by my cantankerous nature, I try to educate sundry imbeciles that the Aadhaar Bill was passed as a Money Bill, and should be related only to issues affecting the Consolidated Fund of India. But does anyone listen to a cog in the system? No, they merely repeat that rules are rules!

That is why you have to link your Aadhaar number with your Demat account, your provident fund, your salary, your purchase of a house, your purchase of a car, your life insurance policy, your savings in the post office and for admission of your child in primary school. Next you won’t be able to have a haircut or buy jalebis without quoting your number. And you won’t be allowed to drive on the road without the number. And then you won’t be allowed to breathe without the number!

Also Read: Aadhaar Isn’t Just About Privacy. There Are 30 Challenges the Govt Is Facing in Supreme Court

One of my friends – part of the same brigade that makes fun of my conscientious nature – insisted that the Aadhaar is an elegant instrument, almost futuristic in concept and architecture.

I could not resist shooting back, “Then why do you entrust the administration and application of this scheme to medieval babudom? Haven’t you heard the old saying that to a man with a hammer, the whole world appears to be a nail?”

This cog in the system is of the view that the Aadhaar, and Aadhaar card, is often demanded by such demanders who have no possible connection with good governance or efficient, transparent, and targeted delivery of subsidies, benefits and services, from the Consolidated Fund of India or otherwise.

The demanders also have no means of verifying the information being provided. Thus, in Aadhaar, every tuppenny bureaucrat has discovered a new instrument of harassment. Each of these petty tyrants finds ever expanding applications of Aadhaar. They have the hammer, and they have to use it.

I have come across any number of stupidities, fallacies, misconceptions, notions, whims and fancies regarding Aadhaar. Possibly the only Kafkaesque stipulation I have yet to encounter is the need to have an Aadhaar number in order to apply for an Aadhaar number.

K.C. Verma is a former head of India’s external intelligence agency, the Research and Analysis Wing.