While other parties cry foul, ABVP says that its text campaign is meant to save paper. However, it raises several questions. 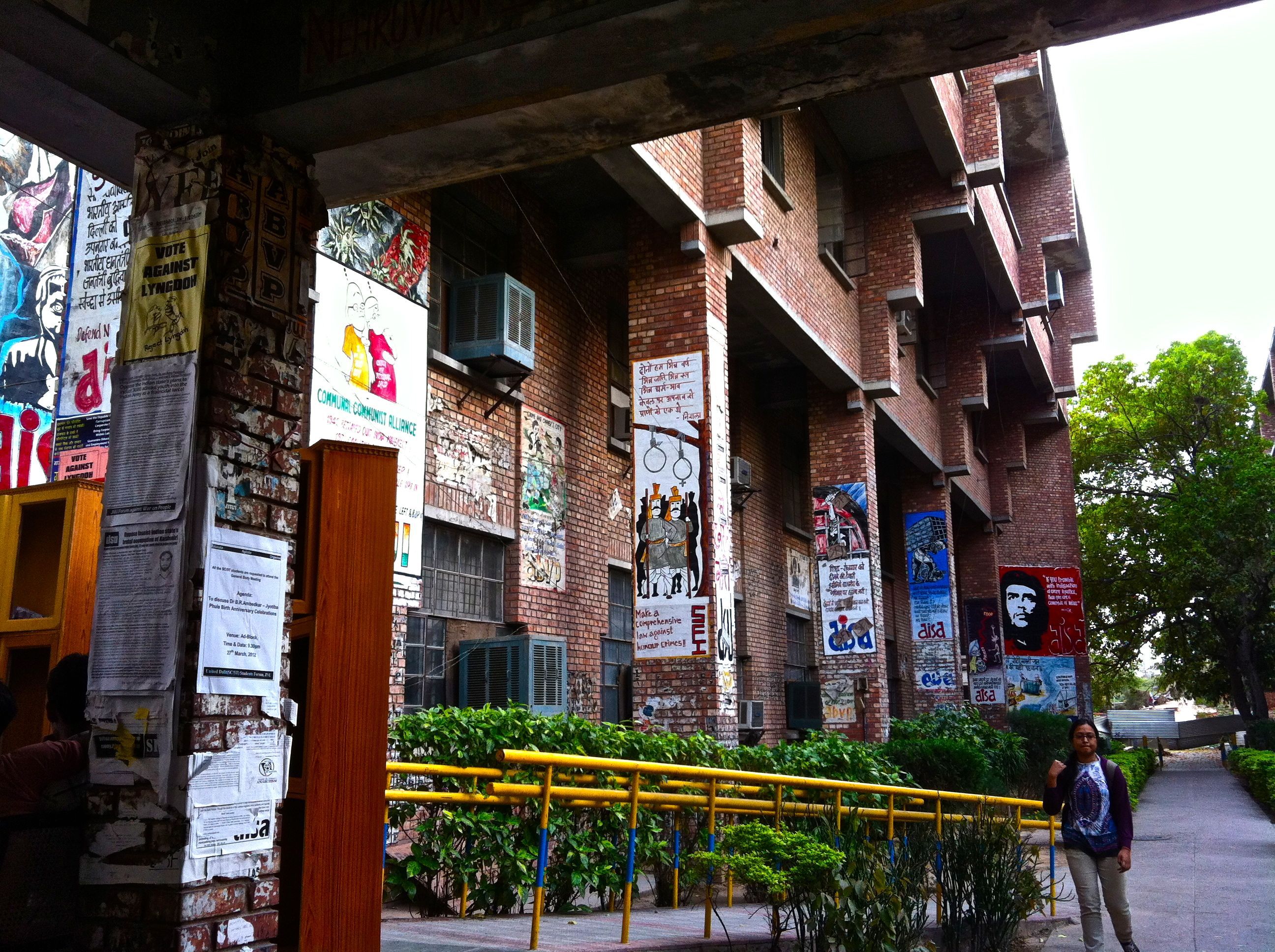 New Delhi: Students in JNU woke up yesterday to messages from the ABVP, wishing them a happy Ganesh Chaturthi and inviting them to support the organisation in the upcoming JNU students’ union  (JNUSU) elections. The ABVP has been campaigning for the 2016 JNUSU elections via mass text messages that have been going out since Sunday, September 4. A large number of students reported receiving a number of text messages from the ABVP yesterday and many took to social media with screenshots of the same.

Students have alleged that the administration is working in collusion with the ABVP. “Where else will they get the phone numbers from?” says Upasana Hazarika, an SFI activist.

So far, there seems to have been six such mass texts. The first three text messages have simply been the announcement of the ABVP panel for this year. The next three are more aggressive. The fourth, fifth and sixth messages that the ABVP sent.

Concerns have been raised by other students on how this method of campaigning gives the ABVP an unfair advantage.

An MPhil student from the Centre for Historical Studies said, “I may choose to not listen to any of the campaigns by any of the parties. But by [ABVP] persistently texting me, I have no choice. There is no choice to block them.”

This means that ABVP can directly access a larger number of students with greater ease as compared to the other parties, who have traditionally campaigned by painstakingly going from door-to-door, where they are often unwelcome.

She was also worried about the invasive nature of these texts. When asked by The Wire if the ABVP could have compiled phone numbers from WhatsApp groups, she said that the level of systematisation seems to lean towards an access to a database.

“Even if it was not the administration, one has to ask how they are getting the numbers and how legal their methods are. Why should I be contacted by an organisation that I don’t have anything to do with?” she said, reiterating that it was a breach of privacy.

Apart from the question of access, the question of finances also comes up. How is the ABVP paying for this extended outreach? Popular myth in JNU has been that the ABVP is well-funded. Whether or not that is true, the directives of the LYNGDOH committee that guides the process of elections in JNU only allows a maximum expenditure of Rs 5000 per candidate.

However, this expenditure is accounted for only after the elections, when bills are submitted to the administration by the parties.

“So, if I claim to have printed only 2000 pamphlets, and show a bill for that to the administration, that is what will go on record, irrespective of whether I printed 2000 pamphlets or more,” said a PhD scholar from the school of languages.

The Wire spoke to Gaurav Jha from the ABVP, who said that the text messages were part of ABVP’s green campaign to save on the massive amounts of paper that is wasted every election. However, students have reported receiving paper pamphlets from the ABVP as well.

This does not, however, explain, how they managed to get the phone numbers of a vast majority of left leaning students who do not subscribe to the ABVP, but still received their text messages.

About the question of funds, Jha said that there are several free messaging services of the internet that has facilitated their campaign, so no extra money was spent on the mass texts.

AISA and SFI have come together are contesting the elections with a Left alliance panel. Hazarika said that the alliance has lodged a complaint to the election commission of JNU today about ABVP’s mass texting campaign. The administration has registered the complaint, but said nothing could be done at present, as an enquiry committee has to be constituted to look into the technicalities of the matter.