Have the Bullies of Yesterday Become the Bigots of Today?

The choices we make during our formative years do in fact form our character. 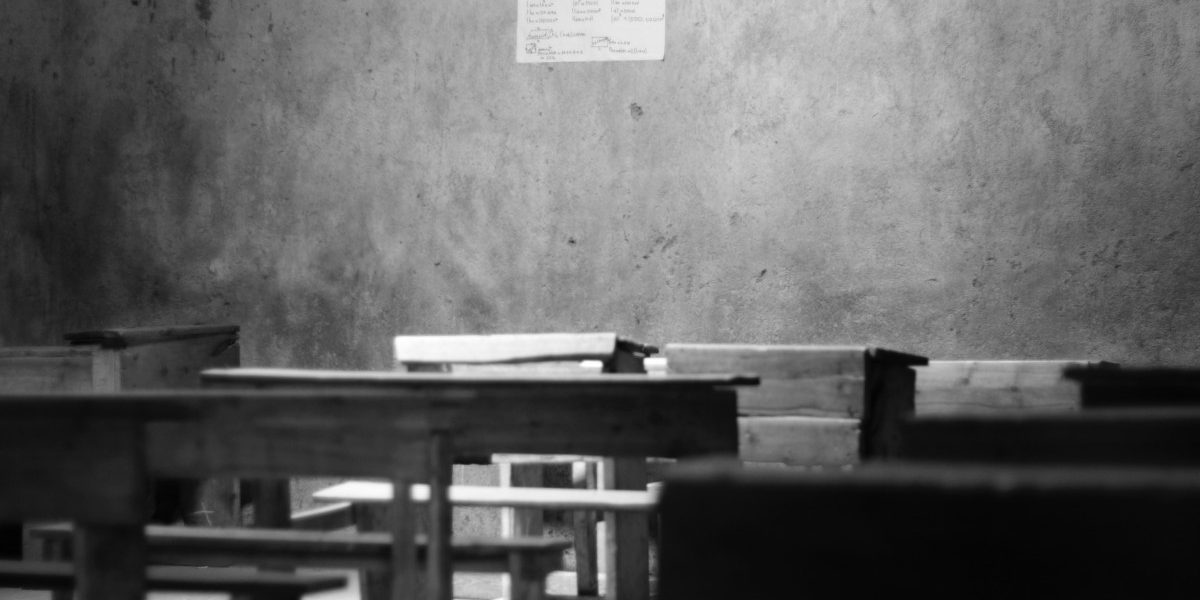 On an international flight back to Delhi some months ago, I witnessed an event that disturbed me profoundly. Three Indian men standing next to the pantry area at the back of the plane and talking loudly were asked to sit down by a stewardess as the flight was about to land. As they returned to their seats in different parts of the plane, each cast a long, obvious glance at a Muslim man seated in the middle rows of the plane and said loudly and deliberately to each other across the plane, “Jai Shri Ram!”

I felt a flush of anger. It was a cheap, boorish and bigoted thing to do – the kind of thing you would expect from a school bully, not a grown-up adult. This was no expression of religious devotion. This was a taunt! The plane began its descent and landed shortly thereafter. The three boors pushed their way to the front of the plane and disembarked as quickly as they could. (No surprises there.)

Also read: You Cannot Hate Whom You Know: The Importance of Meeting Anti-CAA Protesters

I felt guilty for not being having been able to do anything in that situation, that I had not been able to say anything to those men besides glare at them from my seat. But I did manage to go up to the Muslim man as we walked towards Immigrations and said, “I’m so sorry for what happened on the plane. That was not good.”

The man looked surprised, and then he smiled a bit, touched my arm and said, “Thanks, brother.”

As I rode back home in a taxi, my ‘inner teacher’ kicked in (I teach high school kids) and I began to wonder what these men would have been like in school as boys, and as I did, I realised that these chaps were probably exactly like some of the guys I grew up in school with many long years ago.

About a decade ago, I caught up with my high school classmates after a gap of 25 years. It was a fun reunion, full of reminiscence and mirth, and I came away from it feeling warm and fuzzy. We all became friends on Facebook thereafter and stayed in touch with each other for the next few years via social media.

Our online interactions were light and pleasant till Narendra Modi came to power in the summer of 2014.

It was then that I started noticing a shift in my schoolmates’ Facebook posts. Some went very quiet and some became very loud. Many of the latter practically began deifying Modi, and every time I posted something critical of the government, I found myself on the receiving end of strong invective and vituperation. I couldn’t understand it. From whence this sudden devotion and love for a majoritarian leader with a clear Hindutva agenda? I tried to keep these debates as polite as I could – social media is a public place after all – but found that my attempts to keep things civil were only met by more and more acrimony.

Also read: The Importance of Being a Good Political Science Teacher in Modi’s India

I found myself increasingly exhausted and upset by these exchanges till one day, a realisation of sorts dawned on me. The most pro-Hindutva, pro-Modi, pro-majoritarian chaps on my Facebook wall were also, sadly, the biggest bullies back in school.

As I thought back to my time in high school, I realised that the bullies back then had three things in common:

1. They tended to hang out only with those like themselves. If someone came along who was a bit different than the rest, instead of befriending them and making them feel included and accepted, the bullies would make fun of them and pick on them till the hapless newcomer either went into a shell and led a somewhat isolated existence in school or ended up joining the gang of bullies themselves. The only social dynamic the bullies seemed to know was, “You are either with us or you are against us”.

2. They did not like to read. You would never find them in the school library. I do not remember a single bully in school who loved books or spent a lot of time reading. (Interestingly, they were also seldom to be found in the fine arts department) And probably because they never took the time to nourish their minds with different authors and different perspectives…

3. It was difficult to have an intelligent discussion with them. Because the moment they realised that your point of view was perhaps more logical than theirs was, instead of either agreeing with it or countering it, they would start shouting and calling you names, even shove you around physically, or just walk away.

The bullies of yesterday, unfortunately, seem to have grown up to become the bigots of today.

Conversely, those of my former classmates who oppose the majoritarianism in India today were invariably those who enjoyed reading a lot. They would often be seen exchanging books with each other, and generally had an intelligent opinion on what was going on in the world around them. They could discuss and debate issues on all sorts of topics for hours on end. In short, they could think for themselves. And even if they weren’t readers or debaters, they were still the kids who were kind and friendly, the type who live and let live.

This, of course, is not to say that everyone who was a bully back then has grown up to become a bigot nor that everyone who loved to read back in the day is fighting fascism today. There are also many sad reasons why kids become bullies. As psychologists will tell us, all behaviour is caused and the causes are many.

The big question I have worried about over the last few years watching the rising tide of hate is – do kids of bigoted parents also grow up to be bigots? The answer, I am grateful to say is, not necessarily. Proof of that is visible in the anti-CAA and NRC protests all around us. The youth of the country are eschewing the prejudices of many of their parents and are coming out on the streets to strongly and non-violently protest the gutting of democracy and secularism. I am proud of them.

Bob Dylan’s advice to parents first given in 1963 continues to endure and instruct:

The only thing I would add to Dylan’s timeless counsel if I may, is – don’t just get out of your kids’ way, lend them your hand at this critical juncture in our history as they fight for a better and kinder India. Fight alongside them.

How do you want your children to remember you? As someone who supported bigotry or as someone who fought against it? It’s never too late to do the right thing. Put away the hate. Your children will love and respect you forever if you do.