This is the age where slogans like 'Make America great, again,' and 'Make India Hindu, again' have gained ground as a mark of populist ethno-nationalism. Arendt engages with the “banality of evil”, by tracking the performance of Eichmann’s language—“empty-talk,” clichés, “language-rules”—with the precision of a humanistic philologist. Photo: Meekrok/Flickr (CC BY-NC-ND 2.0) In her 1950s work, The Origins of Totalitarianism, Hannah Arendt warned that totalitarian governments would emerge from within a civilisation, not from outside.The world today reflects the truth of that observation, as one democratic country after another comes in the hands of proponents of a kind of nationalistic ‘barbarianism’.

In this piece, Harvard professor Homi K. Bhabha reflects on this and other disturbing phenomena of our times. The extract is taken from a speech he recently gave in Mumbai on the occasion of the 50th anniversary of Max Mueller Bhavan, which is part of the Goethe Institute, Germany, named after the 18th century writer, artist and statesman.

Goethe’s concept of World Literature is particularly valuable for our own desultory times because it reminds us of the practical and ethical importance of the Humanities in the paradoxical world we inhabit. Digital technology accelerates time and the Web shrinks distances; concurrently however, divergent political and religious beliefs polarise the planet and drive peoples further apart.

Goethe’s concept of Weltliteratur engages primarily with the necessity of engaging with “foreign” languages and cultures in a global republic of letters, but it provides an intriguing lesson on the possibilities of establishing “foreign relations” in times of geopolitical turbulence. Goethe writes, “…For nations flung together by dreadful warfare, and thrown apart again, have all realised that they had absorbed many foreign elements and become conscious of new intellectual needs. This lead to more neighbourly relations, and a desire for a freer system of intellectual give-and-take.”

Goethe’s argument is counterintuitive and controversial; some would even consider it to be irredeemably utopian. The conflict of war, Goethe argues, creates an enforced and violent proximity between enemies and aliens; and the very act of destruction, which always afflicts both sides irrespective of who “wins,” may open up possibilities of the reconstruction of relationships based on “foreign elements.” Goethe, of course, is talking of wars of occupation, where victors and victims were forced to coexist over time which allowed them some measure of the “absorption of foreign influences” through practices of the administration and regulation of conquest. Goethe was not talking of the shock and awe of technological warfare waged at the speed of lightening; wars executed  by camera-eyed instruments and computerised, prosthetic “strikes”.

Post 9/11, we have witnessed the cold dawn of an Age of Insecurity in the pursuit of an unprecedented expansion of “global security.”

Wars executed in the name of democracy have increased the precariousness of populations already beaten down by despotic governments. In destroying autocratic regimes “abroad,” there has been an ascendancy of authoritarian leadership “at home”. Whether in the North or the South, we are confronted with a dark and desperate irony: “Democracy,” define it as you will, has delivered a strident victory to populist, xenophobic forces at the ballot-box who use the “vote”  to stifle the voice of democratic dissent on the street.

The triumphant will of majoritarianism attempts to obliterate the protection of minorities which is the primary moral duty of  a democratic polity. Majoritarian populism violates the simple truth that each person receives his or her rights as an individual, which is to say, as “a minority of one”. It is only by acknowledging the integrity and authority of the person — her singularity or her “minority” — that we can orchestrate the national idea and identity of the our collective selfhood — we the people.

The democratic ideal of national “neighbourliness” is based on protecting the vulnerability of citizens while enhancing their ethical and political agency; the vainglory of majoritarian, populist demagoguery exploits the weak, exposes the vulnerable and denigrates the disadvantaged.

In the Goethean spirit of a “desire for neighbourly relations dedicated to freer systems of intellectual give-and-take” I want to share a moment with you when Hannah Arendt suddenly finds herself amongst a group of beleaguered humanists in Trivandrum. A “constellation of danger” emerges.

I must warn you, there is a touch of Bollywood patriarchy and paternalism about it all: a rural damsel in distress, a gallant “subaltern” knight from the city armed with answers, and Hannah Arendt’s unexpected presence that doesn’t exactly save the day, or the damsel, but enables both of them to survive better than they did the day before.

I am not wasting your time, dear friends. This is, I should add, a story very much in tune with the humanistic  pedagogies of our times — cultural translation, travelling theory, the displacement of peoples and ideas, and finally an emergent epiphany of “the right to interpretation.”

Professor Sundar Sarukkai, a renowned Indian philosopher and public intellectual, visited the Trivandrum Women’s College in Kerala in 2011, as a member of the board of a national survey on the “stature” of the humanities. Professor Sarukkai was beset by humanists — students and teachers — in a state of insecurity, anguish, and hopelessness.

He writes, “A thoroughly demoralised group stood before us besieged by numerous problems ranging from social and domestic tabooing for joining a course in the humanities or social sciences, to the problems of poverty, unemployment and stark uncertainty about the future.”

A woman student courageously took the floor and voiced her resentment, the professors report, with “a piquant irony.” And, according to a report in EPW, this is what she said,

“Being a Hindu my parents, teachers and friends would have pardoned me even if I had eloped with a Christian or Muslim boyfriend, but they couldn’t forgive me for deserting pure sciences and joining a humanities course.”

To learn to think like a humanist, he tells his demoralised Trivandrum audience, you should read Hannah Arendt’s Eichmann in Jerusalem. In Trivandrum, the city of the Indian rocket launchpad project and India’s first technopark, Sarukkai argues against the curricular privilege afforded to “technical and scientific rationalism” by the Indian Constitution, and warns that the hegemony of  instrumental knowledge could lead to the “banality of evil,” or as Arendt describes it in Eichmann in Jerusalem, “the non-wicked everybody who has no special motives and for this reason is capable of infinite evil.”

I would have loved to have been a fly on the wall in that lecture hall in Trivandrum, or given the heat of the day, a mosquito on the sleepily revolving ceiling fan. In the absence of either of those Kafkaesque choices, I can only ventriloquise Sarukkai’s seminar. 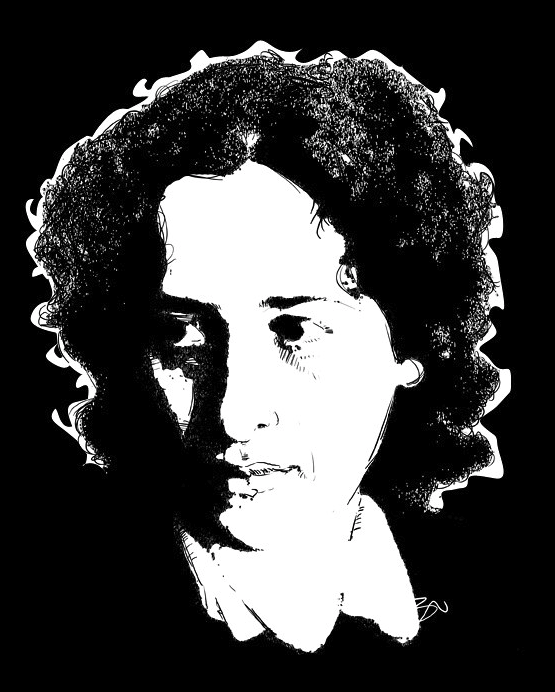 Arendt engages with the “banality of evil”, by tracking the performance of Eichmann’s language—“empty-talk,” clichés, “language-rules”—with the precision of a humanistic  philologist carefully following the inane activity of thought-lessness.

She writes, “The longer one listened to him the more obvious it became that this inability to speak was closely connected with an inability to think, namely, to think from the standpoint of somebody else.”

“To think from the standpoint of someone else requires a convergence between issues of consciousness and matters of conscience..,” Bernard Williams has written in Ethics and the Limits of Philosophy.. Listen to Arendt:

“We call consciousness (literally, “to know with myself”) the curious fact that in a sense that I also am for myself, though I hardly appear to me… [which] is not so unproblematic as it seems; I am not only for others but for myself, and in this latter case I clearly am not just one. A difference is inserted into my Oneness… For myself, articulating this being-conscious-of-myself, I am inevitably two-in-one… Consciousness is not the same as thinking; but without [this alterity, two-in-one], thinking would be impossible. What thinking actualises in its process is the difference given in consciousness.” (Thinking and Moral Considerations)

What does it mean to say that to “actualise the difference within oneself” — actively engaging with the “the two-in-one”— might prevent catastrophes?

What if we turn towards the world-at-large, when the chips are down, and find ourselves impaled at the cross-roads of civility and barbarism, caught between humanism and horror? Bringing Arendt home to Bombay from Kerala is, undoubtedly, an act of cultural and historical translation, but what she has to say at the very end of The Origins of Totalitarianism in the 1950s, bears repeating forcibly today:

“Deadly danger to any civilisation is no longer likely to come from without… Even the emergence of totalitarian governments is a phenomenon within, not outside, our civilisation. The danger is that a global universally related civilisation may produce barbarians from its own midst by forcing millions of people into conditions which, despite all appearances, are the conditions of savages.”

The populist, majoritarian nationalisms that arise amidst our much vaunted “global” age make it daily clearer how great a burden the idea of mankind — the collective human figure of rights and representations — has become for the barbarians within our gates.

In the United States, and more recently in Brazil, England, India, Italy, Hungary, Poland, and elsewhere, Steve Bannon has become the prime proponent of nationalist “barbarism”.

And this is not my language; it is Bannon’s avowed self-description. In a 2018 interview with the Economist, Bannon proudly assumes the mantle of barbarism. Speaking of the 2016 US elections, he describes his ideological mission with a passion:

“The country was thirsting for change and [Barack] Obama didn’t give them enough. I said, we are going for a nationalist message, we are going to go barbarian, and we will win.”

On March 25, 2019, after the publication of the redacted Mueller report, Bannon reinforced his earlier message to Trump “to go barbarian” and goaded him on to “go full animal” (with my apologies to animals.)

More lethal by far, in my view, is the rebarbative iteration of the adverb “again”. If great refers to majoritarian sovereignty and the possibility of nationalist-populist alliances; again references a revanchist temporality of degradation that “goes full animal” by legitimating a mythical, atavistic return to a state of racial purity, a closed-in cultural homogeneity, a walled-in security of territorial sovereignty. The devil is in the details, and the adverb again, is decidedly the devil.

The hegemonic “greatness” of the nation’s-populist-peoples can only be achieved again and again though persecutory and peremptory acts of “rough justice” that are themselves contrary to the spirit of the law.

Every time I hear “never again,” I hear a threatening echo: “Again…again…again…”

Homi K. Bhabha is the Anne F. Rothenberg Professor of the Humanities in Harvard University. This excerpt is being published with his permission.