Guests Who Look Like 'Maids' Not Allowed in Delhi Gymkhana 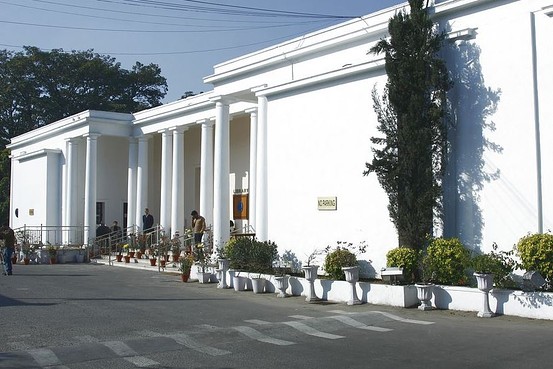 New Delhi: “Can external appearance decide the status of a person?” Well-known women’s rights activist and former chairperson of the National Commission for Women (NCW)  Mohini Giri posed this question in a note mailed to media persons in New Delhi on January 18 after a few of her guests were barred from entering the Delhi Gymkhana Club for not passing muster.

The question was provoked, she said, by “a myopic mindset” she witnessed earlier in the day at the Delhi Gymkhana Club, hallowed watering hole of the capital’s bureaucratic and power elite, where the waiting list  for membeship runs into years, if not decades. When Giri, a long standing member, visited the Chinese Room with with some staff members of her social organisation, the Guild of Service, she found that not all guests were welcome. She was told that ‘maids’ were not welcome in the elite club.

“In all my years of social activism, I have fought for the dignity of the human being. Today, I had taken my management staff to celebrate the success of our projects in the Guild of Service.  I was told in no uncertain terms that ‘maids’ were not allowed in the Chinese room (of the club). I was aghast and could not believe my ears. First of all, they were office staff and not ‘maids’. Secondly, everybody, even ‘maids’, have a dignity that cannot be violated,” Giri wrote.

Speaking to The Wire, she called the incident “bad.”

“Both the counsellor and the accountant of the Guild of Service were in tears. They were called maids by the club staff who wanted them to leave the restaurant. One girl was from the north east, she felt even more discriminated against because so many incidents have happened with people from that region in Delhi. I also want to ask, even if they were ‘maids’, would you behave like that? Where is human dignity in it? Nobody should be insulted for the work they do,” she said.

The daughter-in-law of former Indian President V. V. Giri, she said it reminded her of “the story of how Gandhiji fed his suit the soup at the Queen’s dinner, since he felt it was his clothes that had been invited, not him. He was refused entry when he tried to enter the venue in his famous dhoti, only to be allowed in when he came back suited and booted.”

An incensed Giri posted the details on her Facebook page. “In a democracy, we are told we are equal but obviously not in the portals of the Gymkhana Club,” she wrote, asking “Are we still suffering from the hangover of the British Raj where ‘Dogs and Indians are not allowed’?”

The president of the club, Lt. General I J Singh, brushed aside the incident as “an internal matter,” though he added,“The club, like many other such institutions, have rules that don’t allow members to bring in their drivers and helpers.”

Giri says she was thinking of legal action against the club but is having second thoughts now, “The general called me to apologise for it. I told him, don’t apologise to me but they should be apologised to by the manager so that he remembers not to violate human dignity.”

Established in 1913, the Delhi Gymkhana Club was called the Imperial Delhi Gymkhana Club by the British, meant for use of the then ruling classes comprising officers of the Indian Civil Service, the armed forces and the well-to-do residents of Delhi. After independence, the word “Imperial” was dropped from its name but till today, “Only Class I officers” are allowed membership in the “government” category.