In Merging Scholarship and Activism, Gail Omvedt Made Academic Research Accessible for All

On her passing, tributes have poured in from anti-caste activists, scholars and students who have been deeply influenced by her life and work.

Early this month, sociologist and anti-caste crusader Gail Omvedt’s daughter Prachi Patankar began posting a series of “appreciation posts” for her mother on Facebook. Omvedt had just turned 80 on August 2. Prachi invited Omvedt’s old friends, relatives back in the US, her students and fellow activists who are deeply influenced and moved by Omvedt’s five-decade-long contribution to the vibrant anti-caste discourse in the Indian subcontinent to join her.

The anecdotes were unique, each sharing instances of how they had interacted and collaborated with Omvedt at different times in life. Some talked of her childhood, others of her participation in the people’s movement in India. But they all had one common thread: the accessibility that Omvedt offered – both as an individual and a scholarly thinker. Her simple, straightforward and brutally honest scholarship has resonated with many, more particularly Bahujan communities with whom she worked for over five decades.

An academic, human rights activist and a political thinker who produced a vast body of scholarship with an incisive anti-caste, Ambedkarite, Buddhist perspective, Omvedt died on August 25 at her home in Kasegaon in Sangli district of Maharashtra, due to prolonged age-related illnesses. Even as her health began to drastically deteriorate in the past decade, Omvedt remained active – participating in many public rallies, meetings and academic deliberations.

The funeral ceremony will be performed today in the premises of the Krantiveer Babuji Patankar Sanstha, Kasegaon. 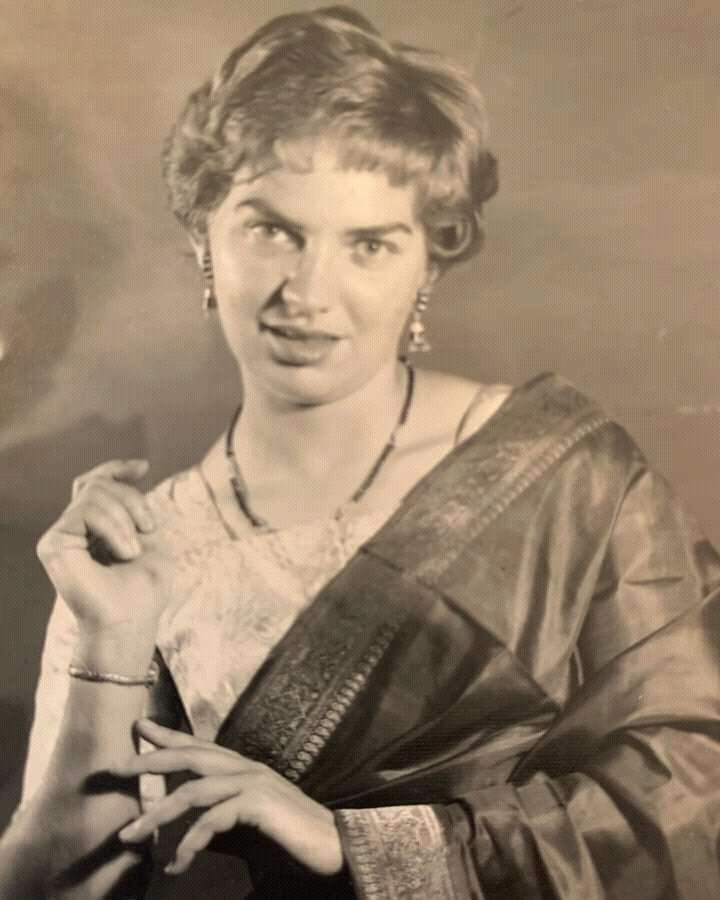 Omvedt, born in Minneapolis on August 2, 1941, first came to India in the early 1960s for a brief period. This short academic journey exposed her to the stark caste and caste disparities and the oppression of Bahujan communities, more particularly the Dalits, in the country. It left a deep impact on her. She returned again a few years later, this time to work on her thesis, ‘Cultural Revolt in a Colonial Society: The Non-Brahman Movement in Western India, 1873-1930’. This time, she stayed on. She met Bharat Patankar, a Marxist, Buddhist, Phuleite from western Maharashtra, married him and settled down in India. A decade later, she relinquished her US citizenship.

Academics fashionably claim to maintain an “objective distance” from the people and subjects they study; Omvedt, however, became one with them. She participated in several anti-caste and peasant movements over the last five decades. She, along with Patankar, co-founded a socio-political platform called the Shramik Mukti Dal (or the Toilers’ Liberation League) which has been actively organising farmers and workers on issues of drought, dam and project eviction, and caste oppression in over 10 districts in Maharashtra. The organisation was the outcome of Omvedt and Patankar’s deep engagement with Marx-Phule-Ambedkarism.

Omvedt was a prolific writer. She authored over 25 books and many dozen academic papers. Between 1975 and ’76, she spent over 10 months working closely with women in different socio-cultural and political movements in Maharashtra and brought out a seminal work, ‘We will smash this prison! Indian women in struggle’.

Omvedt was perhaps the second white American (Eleanor Zelliot, her teacher at the undergraduate school in Carleton College was the first) to have come to India and studied the anti-caste movement here. Omvedt moved across India and taught at several universities and worked with many international human rights organisations.

She headed the Phule-Ambedkar Chair in Pune University, under the Department of Sociology. She also taught at the Institute of Asian Studies in Copenhagen. 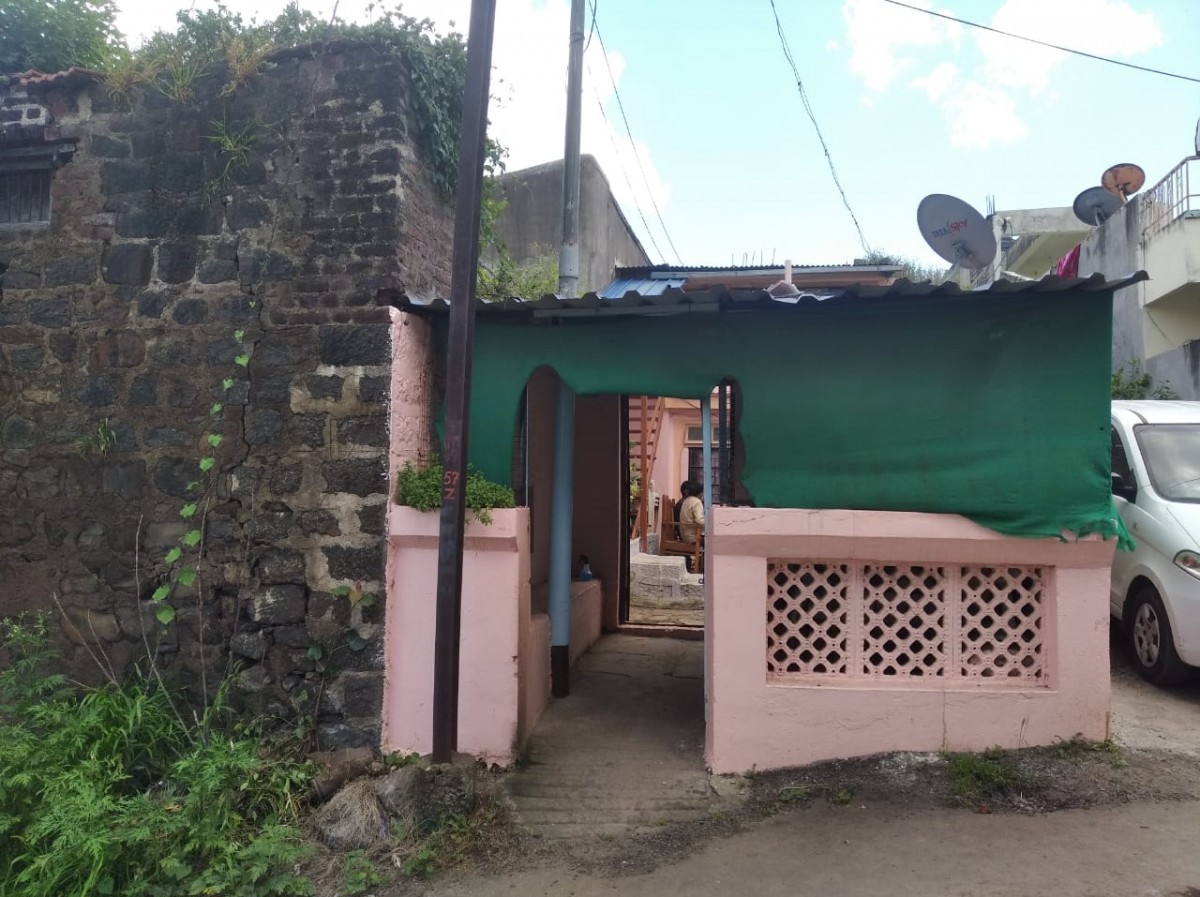 Her understanding of the women’s movement – like the Marxism she and her husband practiced – was rooted in her understanding of the radical anti-caste movement envisioned by Dr B.R. Ambedkar and Jotiba Phule. In an interview conducted in 2008 by renowned poet and author Meena Kandasamy, Omvedt, reiterating Ambedkar’s words, had said,

“Caste can only survive if women’s sexuality is controlled! To keep the jati identity you have to keep marriages within the jati. In Marathi it’s said roti-beti-vyavahar, “exchange of bread and girls” has to be within the caste. For that to happen, girls have to be guarded and married off when they’re pre-puberty, so there’s no danger to the caste. The man is not polluted if he has sex with anyone because the semen goes out; the woman is polluted because she takes it in. (This is the way many anthropologists analyse it). So – Manu says, “Women when young must be under the control of their father, when adults under control of their husbands, when old under control of their sons, women must never be independent.””

In December 2019, in an inaugural lecture on feminist discourse organised by the Department of Sociology, Savitribai Phule Pune University, Omvedt spoke about the need to organise the women’s movement around “the rights of women on natural resources like water, wind, sun, forests and sound waves to have ecologically sustainable, renewable-based and decentralised production processes”. “There is enough scientific base available for doing this. A movement for equitable water rights for organic agriculture could be the best beginning for this. Experimenting for a new kind of commune homes initiated by women could be one of the socio-cultural contributions of the feminist movement,” she said. This was perhaps her last public address. The question of deserted women, she felt, is one that has the potential to find theoretical and practical alternatives to the traditional family.

Omvedt was deeply influenced by her mother-in-law Indutai Patankar, a freedom fighter and a Satyashodhak who too worked among people until her death in 2017.

Ambedkarite organisations across political lines revered her as their own. At the first meeting of the All India Backward and Minority Communities Employees Federation, organised in Nagpur in 1971, Omvedt was a keynote speaker along with the federation’s founders Kanshiram and D.K. Khaparde. 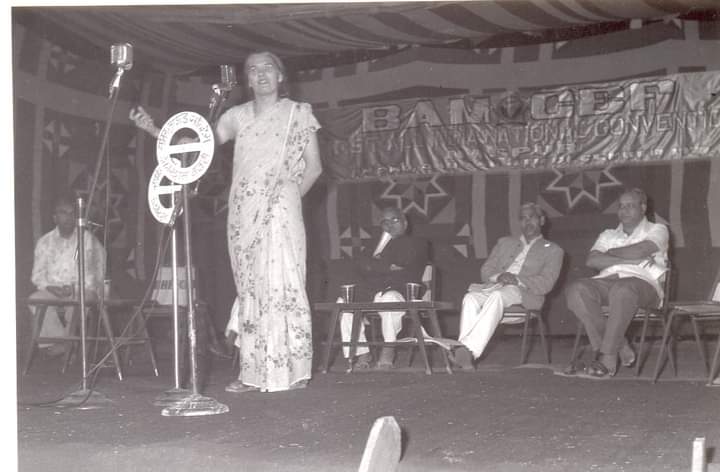 The first BAMCEF meeting in Nagpur in 1971. Gail Omvedt was invited as a keynote speaker. BAMCEF founders Kanshiram and D.K. Khaparde are seen in the background. Photo: Special arrangement

Prakash Ambedkar, a seasoned political leader and founder of the Vanchit Bahujan Aghadi in Maharashtra, remembers Omvedt as a sharp intellectual who has been an active part of the Phule-Ambedkarite movement along with the women’s and Adivasi movements. “Gail kept her connect with grassroots all over India and remained strongly involved with all Bahujan movements. Very rarely do you come across an academician who remains equally committed to people’s mobilisation,” he told The Wire.

Also read: Gail Omvedt on the Indian Feminist Movement and the Challenges It Faces

Despite her five decades of highly influential community-oriented work, Omvedt did not get the recognition she deserved. Young documentary filmmaker and PhD scholar Somnath Waghmare, who is presently working on a film on Omvedt and Patankar, feels if the same work was done with a Gandhian and not Phule-Ambedkarite approach, she would have become a darling of both the state and academic circles. “But what matters is her work did not stay trapped in the academic space, she reached the masses. The people she cared and worked for remain her true admirers. And that is her biggest reward,” Waghmare says.

Waghmare, a resident of Kolhapur, has closely worked with the couple. He began filming them two years ago, and Omvedt’s health condition had by then drastically deteriorated. “She remembered mostly things from her childhood and life in the US,” Waghmare said in one of his conversations with this writer. 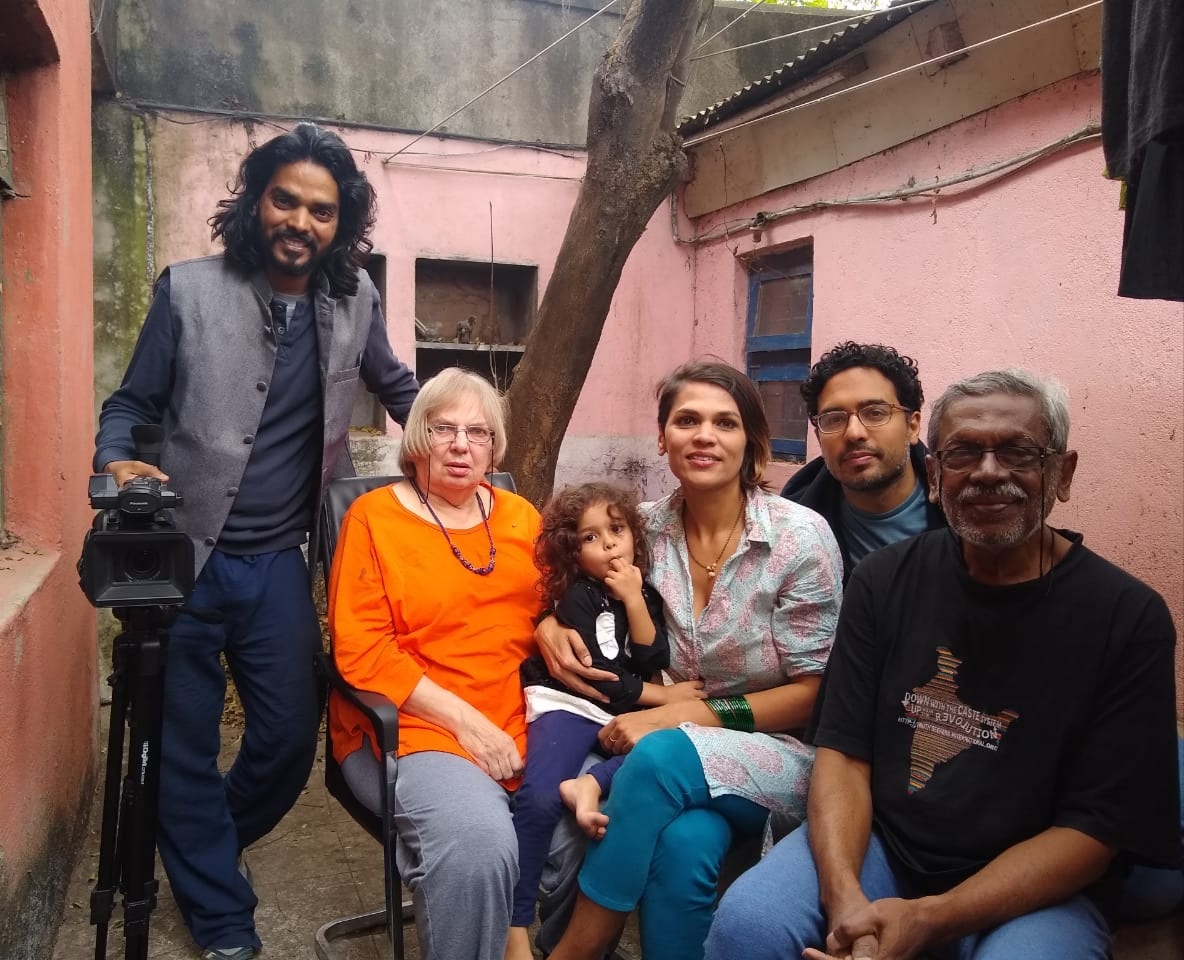 Omvedt did not mince words. She provided a sharp critique, even of some of the strong people’s movements that had wide acceptance. She was critical of the appropriation and erasure of the anti-caste and Adivasi movements which urban, upper-caste activists would claim as their own.

The anti-Narmada movement started in the early ’70s, essentially organised and led by the indigenous residents of the affected villages in Maharashtra, Gujarat and Madhya Pradesh. Later, though, it came to be attributed to the activist Medha Patkar-led Narmada Bachao Andolan. Omvedt disapproved of this strongly. In an open letter, written to author Arundhati Roy in early 2000 for supporting the Patkar-led NBA movement, she had said: “I hope you understand. When you are dealing with villages that are nearly 100% Adivasi, why are all the leaders from the urban elite, and how democratic exactly is their relationship to the rural poor they are organising?”

She translated the poem ‘Stage’ by Waharu Sonawane, a young leader from the Adivasi community, to highlight her point.

We did not go on to the stage,
Neither were we called.
We were shown our places,
told to sit.

But they, sitting on the stage,
went on telling us of our sorrows,
our sorrows remained ours,
they never became theirs.

Omvedt dedicated her entire life and scholarship to subaltern thinkers like Ambedkar, Periyar, Phule and Iyothee Thass. She and Patankar have together translated a large amount of historic anti-caste literature and poems from Tukaram to Chokamela to Buddha.

Omvedt, a white woman, married to a Maratha caste man, remained a revered name in Ambedkarite households in the state. On her passing, many anti-caste leaders, scholars and students shared their experiences of having met her, interacted with her and read her.

Omvedt’s reverence in the Ambedkarite community defies the fallacious understanding of the anti-caste movement. The movement, often misunderstood and belittled for being “exclusive” and propagating “identity politics”, has revered Omvedt for her contribution and considered her to be one among them.  Filmmaker and award-winning film critic Rajesh Rajamani says, “Brahmins and Savarnas often accuse Dalits and other Bahujans of ‘gatekeeping’ anti-caste movements. They say even ‘well-meaning’ Brahmins and Savarnas aren’t supposedly trusted and given their due. But the love and tributes pouring in for Dr Gail Omvedt from Ambedkarite and Buddhist circles are proof of not only her radical legacy but also the politics of the anti-caste Bahujan movement.”