The minister of state for minority affairs has made clear that minority status can be only be granted by the Centre after "consultations with various stakeholders," including the states. 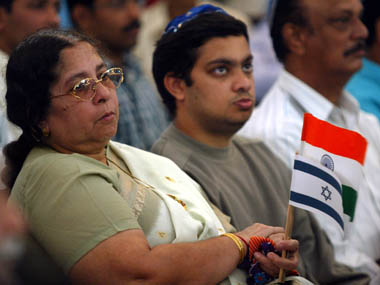 New Delhi: The Jewish community in India, which, according to the 2011 Census, has about 4,650 members,  has been awaiting minority status for a long time. And according to a reply by Mukhtar Abbas Naqvi, the minister of state for minority affairs, to the Lok Sabha in the ongoing session, the community will first have to cross the hurdle of “consultations with various stakeholders” before it can expect access to any more welfare measures as a minority group.

During Prime Minister Narendra Modi’s visit to Israel earlier this month, there was no discussion or announcement on according minority status to Jewish people in India. However, the nomenclature of the ministry’s response on the demand for according the minority status appears to have changed slightly.

This response marks a departure from what the ministry said in 2016 in response to a similar query: “Office of the Registrar General, India, has intimated that the population  of Jews/Judaism religious community as per 2011 Census is not yet published.”

The Centre had last year also categorically stated that the government is not considering opening a Jewish minority university in the country. It had stated that “Office of the Registrar General, India, has intimated that the Jews/Judaism religion is classified under the category ‘Other Religion and Persuasion’ in the Census of India.” But it added that “no time line has been fixed by the central government to take a decision to declare Jewish community as minority community.”

In October 2016, Maharashtra became the first state in the country to give Jewish people the minority status. The decision was based on the Maharashtra State Minorities Commission Act, 2004, which empowers the government to declare a community a minority. Prior to that, the state had in 2006 declared Muslims, Christians, Sikhs, Buddhists, Parsis and Jains as religious minorities.

The Indian Jewish Federation had submitted before the state government that the community had a population of between 2,000-2,500 in the state as per its own estimates and had sought the minority status to avail schemes meant for minorities.

The grant of minority status also enables the government to come up with special schemes that may suit a community.

Following the grant of reservation by Maharashtra, Rabbi Ezekiel Isaac Malekar of Judah Hyam Synagogue in Delhi had stated that he was hopeful that the Centre too would follow the Maharashtra model and grant minority status to the Jewish people.

The issue was raised in the Lok Sabha by Dinesh Trivedi of the Trinamool Congress who demanded that the Centre grant a “special status” to the community, saying it would be the befitting response to Israel according a warm reception to Modi during his recent visit to that country. “I have once led a parliamentary delegation to Israel, the people to people contact is very warm,” he said.

To this, all that Naqvi had to say was that minority status to any community can be granted only after clearance of such proposals from the stakeholders including the states. “Even granting of minority status for Jains by the central government was done only after several states have granted the same status to the Jain community,” he explained.