For How Long Will Indians Hold on to Their Obsession With Fair Skin?

India is one of the few cultures where a race that is itself predominantly shades of brown places a high premium on being a different colour. 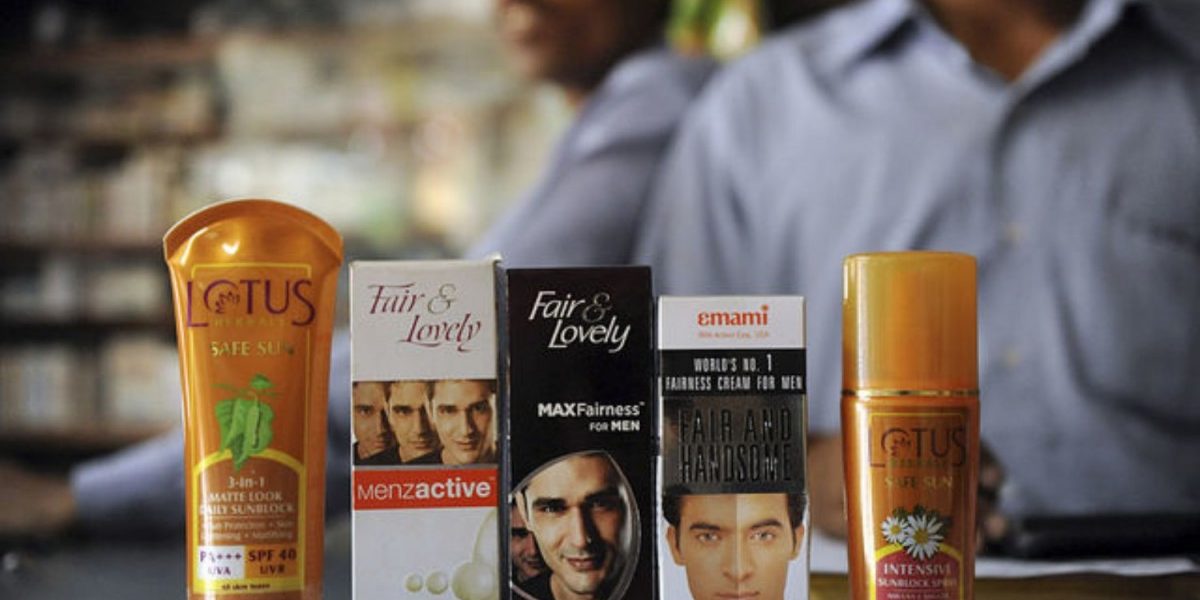 “World is not fair but you U-B fair,” says the full page ad in my morning newspaper. It is promoting yet another fairness cream with the slogan: “Ab Star Dikhega….”

Meanwhile, my car mechanic, no beauty himself, sneers, “She’s so fat and dark, who will marry her?” about a young customer.

I am a medium beige colour. Somewhere in the middle of the Indian skin colour range. A Marie biscuit rather than the peaches-and-cream of Himachal and Kashmir, or the milky coffee of South India.

I am calm about this – not pining to be fairer, nor a consumer of whitening creams. But I can’t help being aware that a large number of my fellow Indians, both male and female, are totally obsessed with the colour of their skin and even more so with that of their children’s prospective partners. This preoccupation is illustrated daily in the matrimonial ads – yards of fine print stress the importance of being precisely that right shade of fair.

I was on a trip to north Bihar in the 1980s, immediately after the earthquake and floods. The village houses were deep in water, and everyone was frantically shifting goods, goats and cattle to higher ground. People’s lives were in actual danger. Nevertheless, two elderly ladies, wrinkled and toothless, took me aside, water lapping round our thighs, and asked me what I did to remain fair. The granddaughter of one was reaching a marriageable age and would have more suitors if she had a lighter complexion.

More recently, my goddaughter Urvashi’s mother asked if we would house a young village boy from Madhya Pradesh for a couple of months in exchange for a little sweeping and dusting. He needed a quiet place with electricity to study for his Class 12 exams. He came to Delhi accompanied by Sunil, one of the older family domestic workers. As we settled him in, wide-eyed and nervy on his first visit to the city, Sunil recounted how the boy had spent the whole night on the train applying Fair & Lovely cream every half an hour, hoping for a transformational miracle. To him, fair skin was a prerequisite for success in the capital. I see this ubiquitous Fair & Lovely tube, by no means an insignificant cost, in so many village homes – even those that still use a twig instead of toothpaste, recycled rags instead of sanitary napkins.

At the other end of the social spectrum, one of my most beautiful friends recently went back to her ancestral home in Andhra to see her 90-year-old uncle, who was dying. Bedridden, in semi-coma, he peered up, focusing blearily on this niece he had not seen for 20-odd years – poised, elegant, at the peak of her career and stunningly good looking. “Oh dear,” he said in a quavering voice, “I’d forgotten how dark you were.”

Where did this extraordinary complex come from? The manager at my bank says people don’t want to be security guards because being outdoors darkens their skin. It appears comparatively recent. In early miniatures of maharajas and their maharanis, there seems to be no effort to portray themselves as fair. And even in early photographs of royalty (in Pramod Kumar K.G.’s book Posing for Posterity: Royal Indian Portraits, for instance) there are not any noticeably very fair wives, which would have surely been the case if fair was considered a perquisite of beauty at the time. In fact, in the 13th century, Marco Polo mentions in his travelogue The Travel (translated by R. Latham and published by Penguin in 1958), “For I assure you that the darkest man is here the most highly esteemed and considered better than others who are not so dark. Let me add that in very truth these people portray and depict their gods and their idols black and their devils white as snow.”

From Shahrukh Khan singing “Yeh kaali kaali ankhein, ye gore gore gaal” in Baazigar to “White white face dekhe, dilwaa beating fast…” in Tashan, countless popular songs celebrate fair skin. A (very fair) flight attendant once told me that their airline had a policy only to employ fair hostesses as cabin crew; it was okay if ground staff were dark.

How did this happen? India is one of the few cultures where a race that is itself predominantly shades of brown places a high premium on being a different colour. Normally, people regard what is not akin to themselves as comic or ugly. The Japanese poked huge fun (‘like raw pigs’ was their unflattering epithet) at the strange reddish colour, straw-like hair and long noses of the first Westerners they encountered. Only in India, dusky ourselves, do we pass judgment on others a shade or two darker. We abuse and beat up African students who dare try to date Indian girls – just because of their colour.

Can we blame this, as we do so many of India’s ills, on the British? A huge colonial chip on our shoulders, brought on by our pinky-grey conquerors? It’s true that the Brits were fond of describing races by colour – as “black”, “yellow” or “red” – and that they were obviously not only colour-blind and confused about nomenclature, but thought their own self-styled “white” was top of the pops. But do we need to mindlessly adopt these same prejudices?

It is sad that over 70 years after we threw off their colonial shackles, such demeaning brainwashing survives. I switched my service station after the mechanic’s appalling comment, but how do we change these attitudes? The only thing whose whiteness we should worry about is the Taj Mahal, rapidly turning a dingy yellow-green. Meanwhile there are suggestions from so-called nationalists to bulldoze this Mughal relic. Perhaps we could demolish our crazy Raj colour hangover instead?