COVID-19 Is Leading to a New Wave of Social Stigma

Segregation leads to the institutionalisation of stigma – a process by which stigmatising behaviours become routine, everyday. 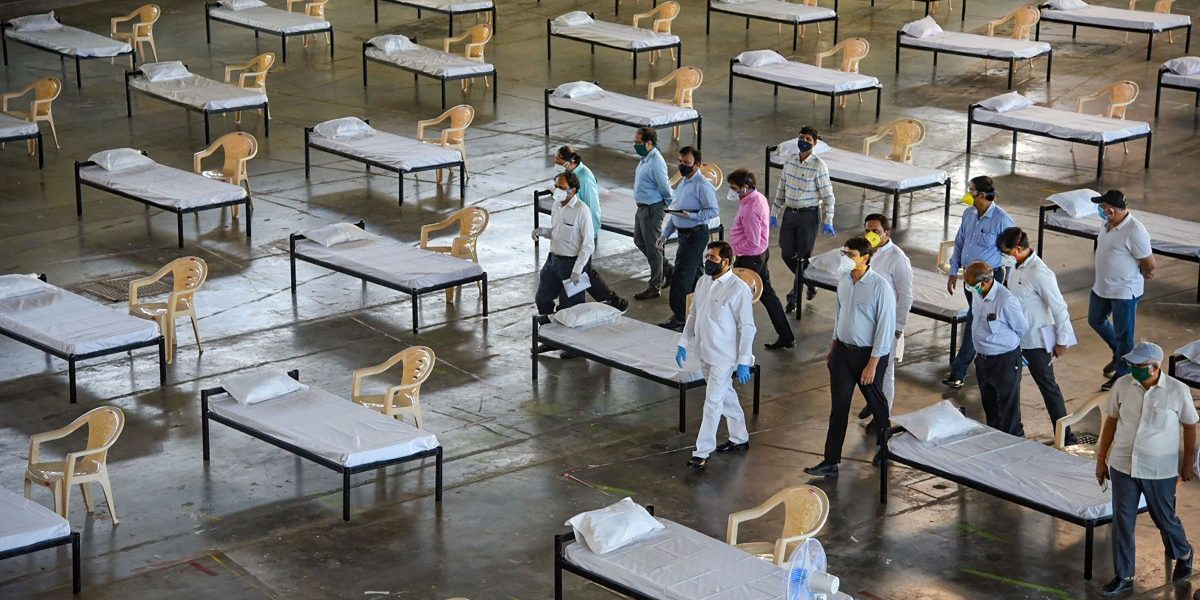 The Odisha high court’s interim order instructing the state government to “ensure that all migrants who are in queue to come to Odisha should be tested negative of COVID-19 before boarding the conveyance” can be faulted on at least two grounds.

The first of course is legal, where the Supreme Court will now examine among other things whether the high court order violates migrants’ right to free movement anywhere in the country. Imagine a situation where a migrant plans to seek treatment at a place of her choice in Odisha, but she cannot because the order prohibits her to travel within her own country.

The second issue is, however, social. Should the Supreme Court accept the high court’s logic, the social consequences will be damaging. An immediate corollary will be the stigmatisation of those who test negative for COVID 19 or are imagined to suffer from it.

Segregation underpins stigma. It vests sections of society with the power and privilege to declare themselves as ‘normal’, because they meet certain socially accepted norms, and others as ‘deviants’, because they are seen as defying those norms. The sick and those testing negative of COVID-19 fall into the latter category.

To the common people, the demand for segregation will therefore appear reasonable and gain social acceptance. To be sure, India, and much of the world, has a long history of such segregation, especially in times where diseases do not have a cure. The British government established sanatoriums, asylums and other kinds of institutions for persons suffering from tuberculosis, leprosy and mental conditions. In 1897, it framed the Epidemics Act that provided legal cover to segregate infected persons. Independent India also framed laws that allowed divorce on grounds of leprosy; the laws prevented persons affected with leprosy from obtaining a driver’s licence and contesting elections, and forced several of them to live in asylums.

Also read: Next Barrier After COVID-19: Stigma and Discrimination in the Time of Pandemic

Segregation leads to the institutionalisation of stigma – a process by which stigmatising behaviours become routine, everyday. Its outward manifestation is setting up of places such as quarantine or detention centres, and separate test facilities. Recently, the Air India crew complained of stigmatisation when health authorities stamped ‘Quarantined’ on their houses. That they helped bring home stranded Indian citizens receded into the background. Similarly, local authorities in Delhi put up notices outside houses of people who were placed under home quarantine.

The stigma does not only attach to those who are sick (or suspected to be sick) but also to those who tend to them. We have seen this in the case of COVID-19. Neighbours denied entry to doctors and nurses, and they had to spend nights in cars and hotels. Close association with patients with mental illness led to psychiatrists being labelled ‘pagalaon ka doctor’, and dealing with thieves and thugs stigmatised police personnel.

Institutionalisation results in alienation. Those suffering from it tend to exhibit one of three kinds of behaviours. Those who feel deeply discredited blame themselves for their ‘undesired differentness’. Self-stigma shows itself when the affected person isolates himself from the community and leads a shielded life. We have not yet heard or seen this in the case of COVID-19, but should the virus persist, the media will uncover stories where people have resigned themselves to their fate.

A second category of patients learns to manage their health condition. Such patients may undergo quarantine or segregation from the rest of the community, but may not let others know about it. Hiding facts or symptoms of disease is a common strategy that people adopt to fight stigma.

Finally, some who have been victimised confront or challenge the normative expectations that people around them have. They demand rights, seek concessions, form associations as seen in the case of HIV and leprosy or they may simply protest. In COVID-19, we witnessed an extreme manifestation of protest when groups of people in Indore turned violent and attacked doctors.

Discrimination occurs when stigma becomes visible. While the Central and state governments have repeatedly asked citizens not to discriminate, television screens and social media are full of stories of discrimination between urban and rural, rich and poor, and Hindus and Muslims. Despite well-meaning policy intentions, stigma often becomes visible when policies and programmes roll out.

Also read:  It is Islamophobia – Not Only Communalism – We Encounter Everyday in India

As long as the police treats the poor and the hapless harshly, it will be difficult to deny the existence of discrimination. Similarly, several agencies, NGOs and individuals have tirelessly worked to ameliorate the suffering of the poor and the hungry, but their efforts are dampened when political leaders make incendiary remarks (such as ‘Corona jihad’) about certain communities.

Discrimination directly relates to perceived peril, that is, the extent to which others feel physically, psychologically or morally threatened by the stigmatising condition. People shun behavioural involvement with those whose condition is perceived as risky for physical or social well-being. COVID-19 lies at the unique intersection of disease and social contact. A drug or vaccine will cure the disease, but it remains to be seen whether it can tackle stigma and discrimination.