Out of Work, Her Future in Doubt, a Woman Finds Refuge in TikTok

Life is hard for women like Arti, and the lockdown has added new burdens – but the social platform keeps a secret star shining amid the grit of Shamli. 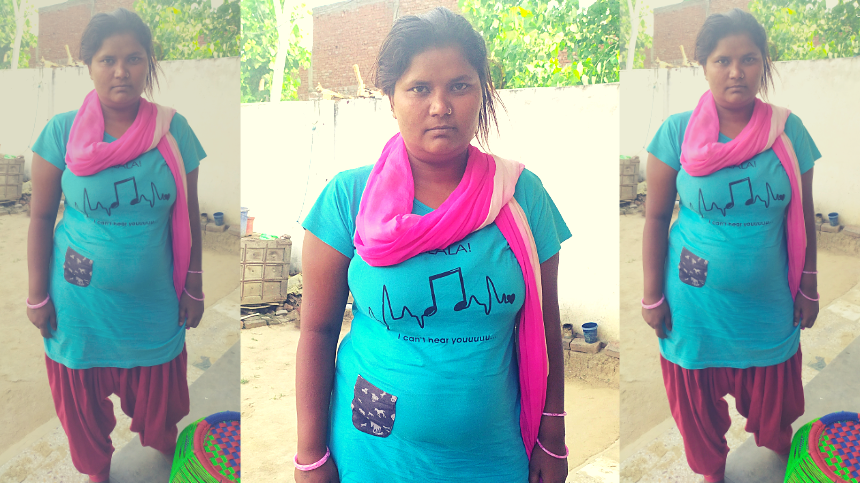 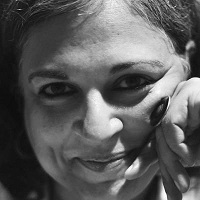 Shamli (Uttar Pradesh): The funniest people in this world are those who don’t know it.

As a factory worker who has not been paid her last month’s salary, you would think Arti would be angry or frustrated or wrung out, tired at the very least. And she may be all of that. But on the hugely popular social media app TikTok, a whole other persona is unleashed.

A worker by day and TikTok queen when off the clock, she has 2000 videos to her credit, most made in the post COVID-19 lockdowns. An archive of those would be on display here if it hadn’t been for the fact that Arti’s phone was stolen a day before this interview. And she does not remember her TikTok ID, so all her artistry is lost for now. 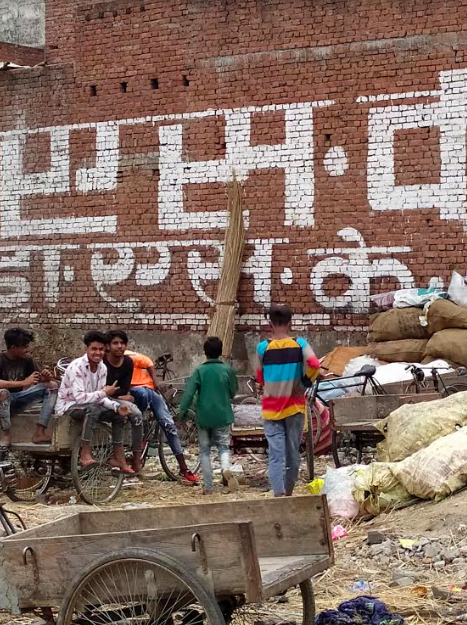 Not being able to keep up with such sundry details is part of the mix and has to do as much with her tough background as her individual quirks. She does not know how old she is, for instance, or the name of the factory she works in.

In her life, those details are of little consequence.

Arti lives in a tiny two room tenement with her two young sisters. It’s opposite a spoon-making factory where she and one sister have jobs as assembly-line workers. She gets paid Rs 8,000 a month. It was about to become Rs 10,000 when the lockdown happened. Her factory sent her rations for a few weeks and said, sorry, they couldn’t pay her salary for now.

This much of her story is like hundreds, probably thousands, of workers in Shamli district in western Uttar Pradesh. Shamli is an industrial wasteland with mounds of unclaimed garbage framing its horizon. You cannot walk down a single road without fleas and faeces and the powdery bits of both getting stuck as grey grit in your nose, your hair and all over your skin.

People were out of work here long before three lockdowns took the bottom out of the place.

There aren’t that many women factory workers; most work is on a ‘dehadi’ basis, subject to the arbitrariness and machinations of contractors who get a cut of the daily wages. They are not on any employment exchange; most do not have Jan Dhan accounts, nor ration cards, as the number of days of work lost in procuring one didn’t seem worth it to many, until now, when rations are the new gold.

Arti had counted herself lucky to still have her job, or that’s what she was made to believe.

When the initial lockdown was enforced with a four-hour notice period on March 25, Arti and her three sisters were in Panipat in Haryana to see relatives. They were stuck. They needed to find a way back home.

Three times, in the middle of the night, the sisters – along with an infant niece deposited in their care – rode pillion with their uncle and cousins to the Haryana-UP border. Each time, they were turned back. The fourth time, they decided to walk.

On day one, their relatives took them on bike through long circuitous routes inside villages to the last motorable point, Samalkha in Haryana, where they spent the night. That was still 52 kilometres away from Shamli.

The next morning, they figured out how to cross the Yamuna river – sitting on a used rubber tyre and row it across. “We got on at 5 am and reached the other side at 9 am. It took long because we had a child with us so no one wanted to ferry us on a tube and take such a big risk,” Arti said. They walked the rest of the way, eight hours a day for two days, till they were home.

There is so much in Arti’s life that might break her, but she’s saved it all up for her new escape vault – TikTok.

It came out quite matter-of-factly, almost in an undertone, “TikTok bana lete hain, bas aur kuch nahi (I make TikTok videos, not much else).” 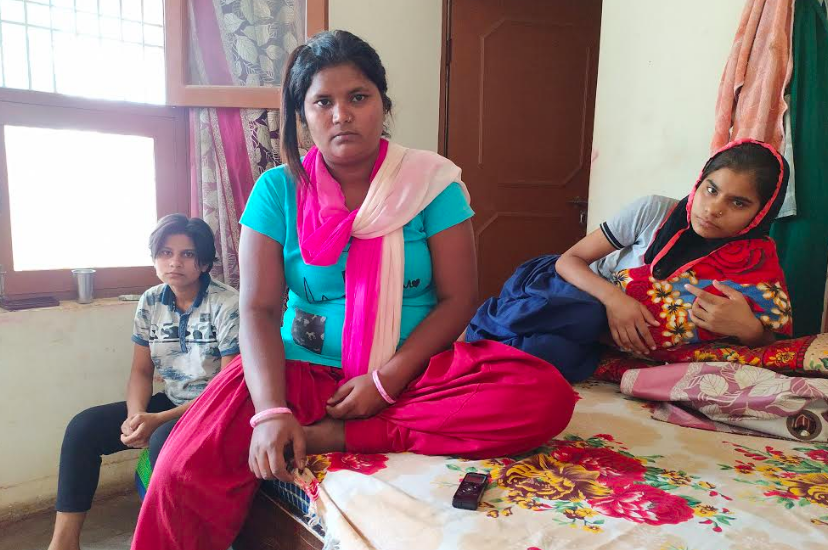 Arti (centre) with her sisters, Jyoti, to her left and Manisha to the right. Photo: Revati Laul

Everything about Arti, from the way she carries herself to her clothes point towards an inner defiance. She is not one to be reduced to a sum of her circumstances. The person who could wade across a river on a tyre if she had to, would use the make-believe to live out an altogether different life online. It wasn’t original and it wasn’t the stuff that Indian Idol is made of. But the performance was in the doing and in what its afterglow left on Arti’s face.

I saw this in the two videos she made with a new ID we created, on my phone. As I requested her to do a demo, I saw the drama unfold. Her eyes shone like two stars in her face and she sprung off her single-bed-cum-sofa, picked up a hand mirror and comb and disappeared into the adjoining room, slamming the door behind her.

She recorded her solo video in secret, shared at the top of this story. The second was a duet we recorded together, that allowed both of us to momentarily forget the traumas Arti had dealt with.

You wouldn’t know by seeing this, how Arti lost her father early in life and spent her adolescent years washing dishes in people’s homes with her mother. That nine months after their son was born, her husband disappeared without a trace. That her son, Dipanshu, would have been nine now, but he died of undiagnosed cancer. There is a portrait of him above the bed and the shelves on the wall opposite were stuffed with teddy bears from his birthdays.

Arti lost her mother in 2015 and now lives with the only close family that’s left, her sisters Jyoti and Manisha.

She lives from one day to the next and tries to get on with the business of living. “If this factory doesn’t re-open for some reason, we’ll just find another job elsewhere,” she said. She and her sisters already have one mapped out, just in case they need it.

Revati Laul is an independent journalist and film-maker and the author of The Anatomy of Hate, published by Westland/Context. She tweets @revatilaul.