Coronavirus and the Neo-Tribes of an Increasingly Fractured India 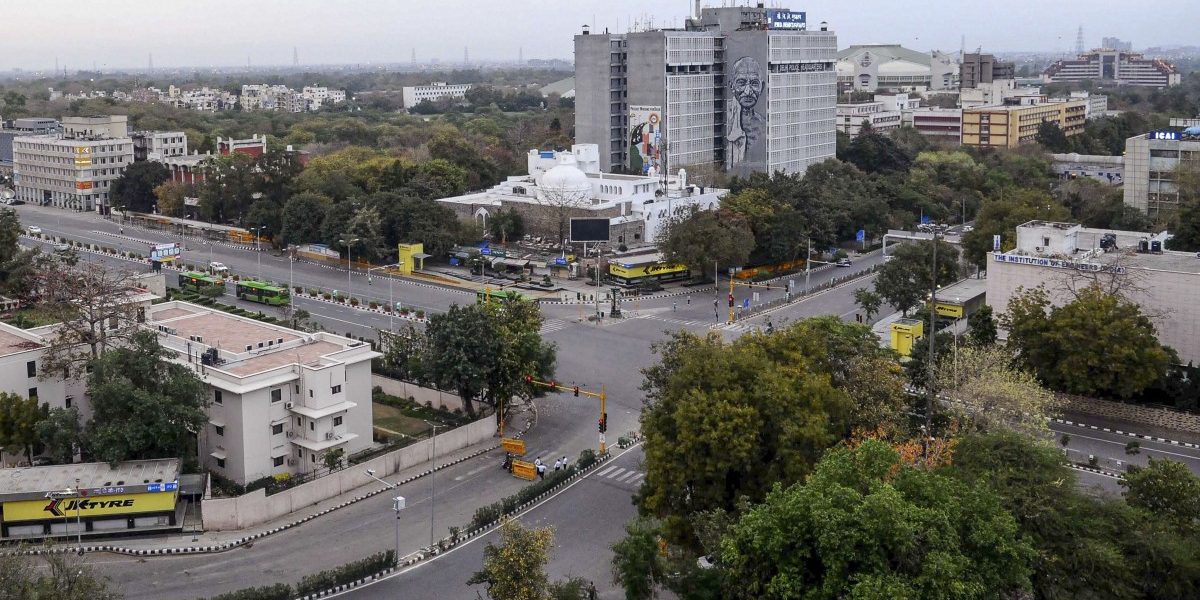 An aerial view of New Delhi during the lockdown. Photo: PTI

A residential building in a suburb of Mumbai, where a coronavirus patient died, found that other neighbouring buildings had ‘blacklisted’ it, ordering maids and service providers not to go anywhere near it.

A maid was quoted in the newspaper as saying that she would lose six other part time jobs if she entered the first building, where she worked only in one apartment.

Meanwhile, Air India, which as always rose to the occasion and fulfilled its public duty by bringing back Indians stuck abroad, issued a statement criticising ‘vigilante’ Residents’ Welfare Associations in Mumbai and Delhi for ostracising their crew and even calling the police simply because the flight staff living in their colonies had gone abroad.

In Mumbai, a tenant who had come back from a foreign country was summarily ejected from his apartment by a landlord and in some parts of the country, those from the North East of India are being mocked with cries of ‘coronavirus’.

Social prejudice and bigotry are an essential part of the Indian DNA. RWAs and cooperative societies – two complete misnomers – are the global champions of vigilantism, arrogating to themselves the power to decide the social life, food habits and even sexual orientation of their residents. They are the self-appointers upholders of morality and values, and are always on a sharp lookout for any transgression of the arbitrary rules they have set up.

Prejudice in India has largely been around caste, religion and community and in recent years, a new dimension, class, has been added. The gated community, with expensive flats in skyscrapers hermetically sealed off from the neighbourhood, is the epitome of class insulation, based on incomes and social standing. Builders proudly promote these enclaves as ‘exclusive’ and ‘away from the chaos of the street’. A  resident in one of these could go from the apartment to a the car parking in the basement, drive to the workplace, then the club, and return home without interacting with or noticing the rest of the city. For him, Work From Home is a bonus,  not a punishment. This complete secession from the harsh realities of quotidian urban life is further enhanced by good connectivity and home delivery services.

But that cozy universe has now been severely dented. The above instances – by no means isolated – demonstrate that even class solidarity (and presumably of other kinds too) – can crumble in the face of a crisis. Forget empathy, even compassion evaporates when there is any perceived external threat. Just when there is need to offer support to a victim’s family, or, as in the case of the Air India crew, acknowledge the heroic effort, their social peers reject them. We saw a bit of that during demonetisation, when everyone rushed to the bank to change notes and no quarter was given to even the old and the vulnerable–it was each to his own.

The coronavirus victim and his family and neighbours would more or less be of similar backgrounds as the residents of other buildings in the vicinity. They may have mixed socially in normal times and it is possible they helped each other on occasion. Mumbai is known for its large heart. During the 2005 flash floods in Mumbai, when the city was submerged in a sudden deluge and many were stuck far away from home for hours, there were countless instances of strangers offering assistance, including food and a place to sleep. That must surely be happening even now, but we are also seeing examples of collective social ostracisation which is unprecedented.

It is fairly certain that many of these self-same residents of housing colonies and complexes were out in their balconies and compounds banging thalis and ringing temple bells on Sunday in response to Prime Minister Narendra Modi’s call to show appreciation for the countless medical staff working tirelessly to fight the virus. But that was in the abstract, from a safe distance. It doesn’t call for a personal touch. 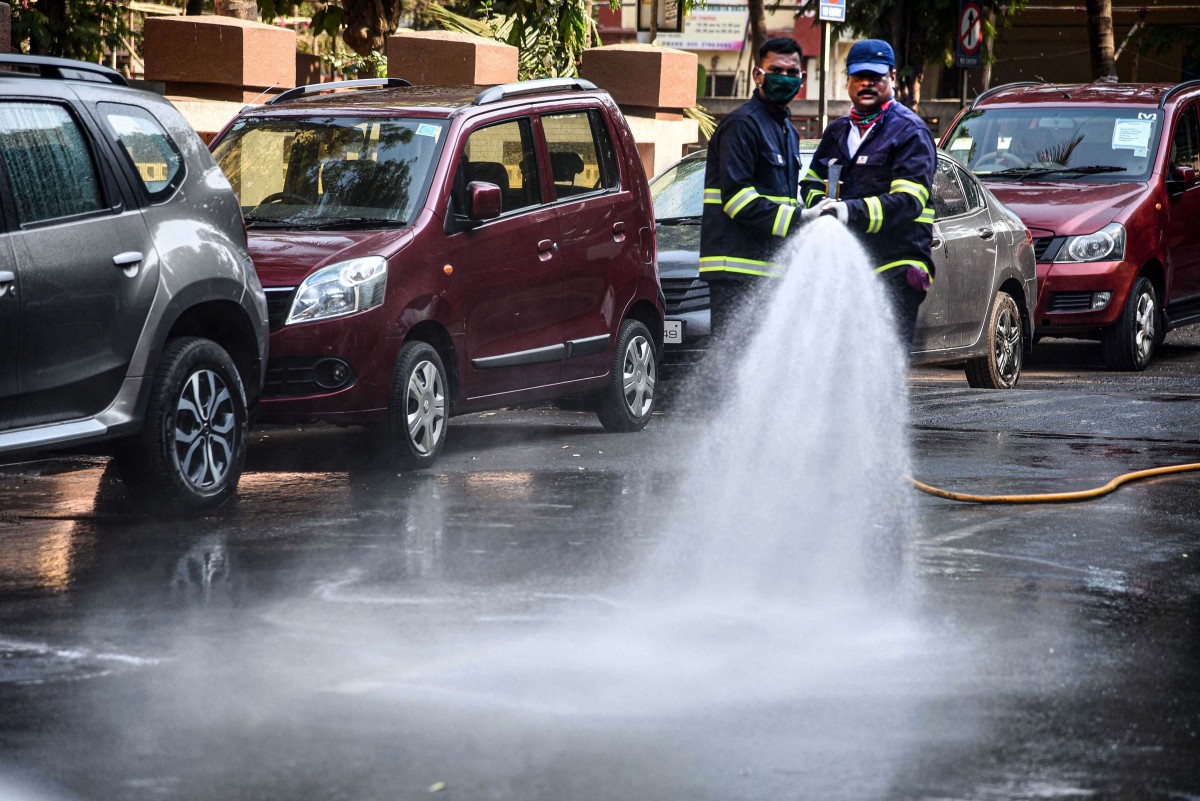 Disinfectant being sprayed in Navi Mumbai during the lockdown. Photo: PTI

We are seeing the emergence of a new form of tribal identity that transcends religion, caste, community and class. This kind of tribe is based on common, selfish interests. It bands together as a unit when it perceives a threat and reacts by shutting it out. It is also has a fluid structure, and should one of its own turn rogue in any way, or become a hazard, it won’t hesitate in throwing them out. If a resident from one of those buildings that imposed a boycott were to get infected, there is a very good chance that their household too will face the same kind of banishment.

A notable feature of this grouping is that most of the members belong to a class that can be called privileged. Residents of cooperative societies in Mumbai or colonies in Delhi are more likely than not people with jobs or businesses. They would fit the general social profile of those who are educated, reasonably aware about the world around them and consume not just goods but also leisure. They are not poor by any definition.

The segment that the lockdown has hit the hardest are workers and daily-wage earners, who live on their daily earnings. Our policy makers and political leaders seem to have forgotten them – no one, barring some state governments, has so far talked about any measures to help them by giving them cash, food or any kind of economic security. The Centre is reportedly mulling over such proposals, but a decision is yet to be announced.

And ironically, they are the ones who have been the least affected by the virus itself. In Mumbai, a maid who was infected got it from her employer who had returned from the US. Local infections may yet rise, but it is not yet a full blown ‘poor man’s disease’ – it is now directly affecting the middle and upper middle class. If it had been only among slum dwellers, say, it would have been easy to stay away from them, since no self-respecting middle-class person really enters a slum.

In that situation, the usual prejudiced stereotypes – ‘you know how these people live’ – would have been all over WhatsApp chats. Maids would have lost their jobs. Now, those very maids are desperately needed, and it’s a dashed inconvenience that the driver cannot come whenever he is wanted. Though of course many housing complexes have simply banned the entry of domestic workers – who knows what other disease they have. But any domestic worker would now be in their rights to tell their employer, “I’m afraid of getting it from you.”

The lockdown is in its early stages; there is no saying how long it will go on and how it will shape up. If the cases climb, the lockdown may become even harsher. The lives of every citizen, even those who are materially comfortable, will be affected in ways we cannot predict. Food and other supplies could run out. For those who have vulnerable people at home – the old, the sick – it could have devastating consequences.

At that time, will we see social cooperation or more social fractures? Will people step forward to help their neighbour or to shun him? Will humanity assert itself, as it must, in times of crisis? Or will more tribes form and fight each other, and then, in the face of repeated and growing threats, explode into fragments of hyper-individuality, where each one will be for themselves, the others be damned.