The Real and the Virtual in the Post-Coronavirus World

Perhaps this is the beginning of another era, where we are well and truly inside the machine. 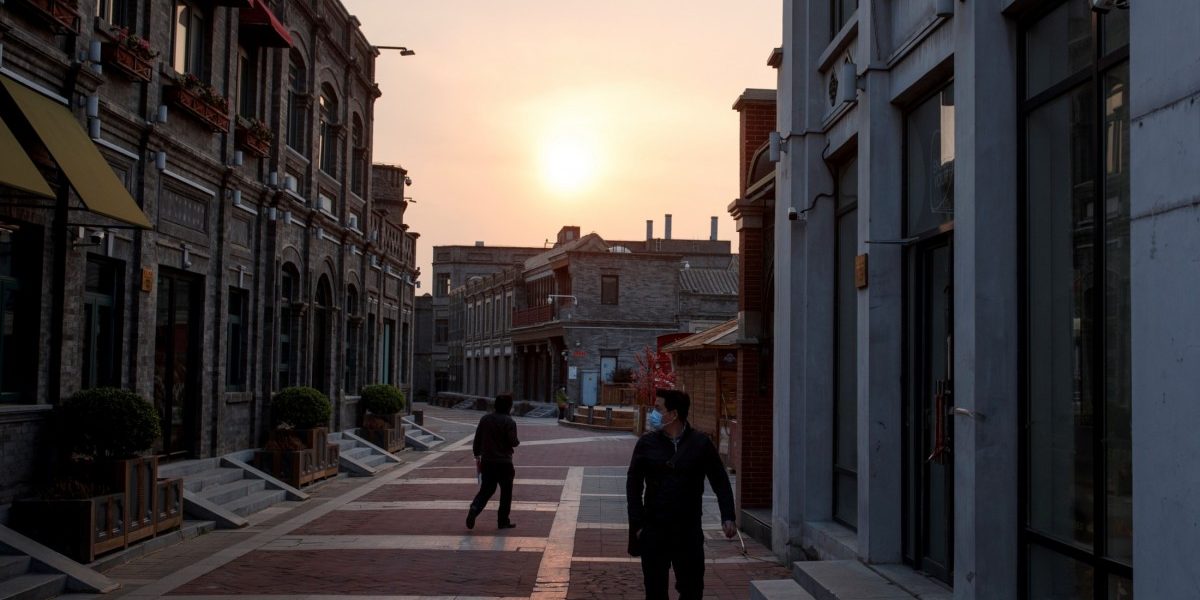 File photo of the Qianmen district in Beijing, one of the top tourist destinations in Beijing, at the height of the COVID-19 epidemic in China, April 8, 2020. Photo: Reuters/Thomas Peter 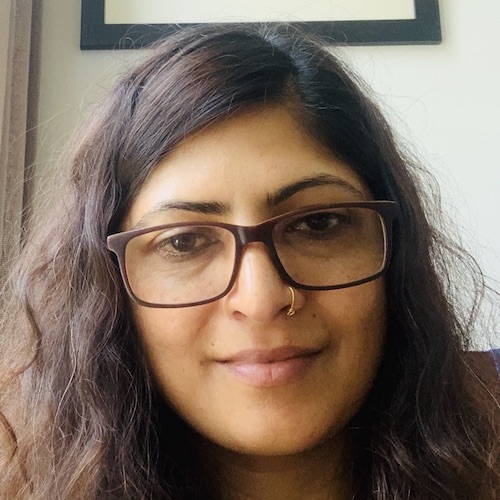 Ever since human beings stopped being nomadic and settled down in towns and cities, the idea of travel has been associated with adventure, discovery and newness. Even as people and communities developed their sense of belonging by growing roots, the feeling of belonging to a land or culture existed because of the difference and diversity that marked human communities even within the radius of a few kilometres.

Travel allowed one to encounter difference, sometimes in order to discover the self. Indeed, the idea of walking as an integral method of acquiring knowledge and wisdom is germane to our imagination of monks, poets and saints, the bhikshuks, who owned little enough to be able to carry their homes in their hands.

By the 15th century, the technology of travel had advanced enough, along with cartographic and astronomic sciences, for human beings to attempt unchartered explorations into distant lands. These voyages often resulted in encounters between vastly different peoples, languages, food, rituals, practices, religions and world-views. Sometimes they led to colonisation, and violent oppression of the knowledge-systems, ideologies and customs of those who were native to the land.

As advancements in science and technology began to eliminate the uncertainty of long-distance travel, journeys began to be marked by an agenda. The very thought of travel, or undertaking a journey came to require a reason, and it was left to the lot of the vagabonds, the mystics, and the fakirs to journey without a goal.

By the early 20th century, the transition to functioning as modern societies was almost complete, and human beings had become reasonably accustomed to a modern sense of time and movement. By the end of the 19th century, on November 1, 1884, to be precise, Greenwich Mean Time (GMT) had been universally adopted at the International Meridian Conference in Washington, dividing the world into 24 synchronised time zones. The primary reason for this was, of course, to do with travel: in order to avoid accidents and prevent trains from colliding into each other, all clocks had to be perfectly synchronised.

Also read: The Coronavirus Has Rendered the Everyday Injustice of Our Times Dramatic

If the 19th century was preoccupied with the taming of chaos – the establishment of rules and codes to absorb the ‘shocks of modern life’ – the 20th century stood for a spectacular failure of any attempt to do so. Georg Simmel, Siegfried Kracaur and Walter Benjamin, insightful observers of the modern experience in early 20th century Germany, propose that there is a neurological concept of modernity which they describe as a fundamentally different register of subjective experience. They suggest that the modern experience is characterised by the physical and perceptual shocks of the urban environment, a hyper stimulus. The experience is, as visual theorist Ben Singer tells us, “indicative of the radical increase in nervous stimulation and bodily peril experienced in modern societies”.

Hungarian filmmaker Bela Balaz believed that film draws upon the grammar of urban order and chaos in constructing its own language and form. For the first time in human history, recording technologies like the gramophone, photography and cinema, made it possible to exist within a disembodied time and space. Through such recorded sounds and images, one could be transported to another time, another place.

Walter Benjamin suggests that the mechanical or technological intervention into possibilities of human perception, of the relationship between ‘reality’ and representation, hurtle the technologically reproduced image into the realm of politics, making it democratic, accessible, and commonplace. The 20th century cinematic image, in particular, made virtual travel possible for anyone who could afford to buy a movie ticket.

As filmmakers and documentarists experimented with camera and sound technology in the late 19th and early 20th centuries, much of the grammar of cinematic language began to fall into place, often by way of sheer accident. The now-famous account of how a cinematographer’s lodged crank led to the discovery of the possibility of alternative constructions of the experience of time and space, has resulted in the magical time-travel that editors can put spectators through.

The fundamental aspect of projecting film at the speed of 24 frames per second – although a convention which like much else in cinema, got established through a combination of factors, in which chance played the upper hand – draws currency from the standard speed of narrow gauge trains, whose moving window frames animated the world outside at a speed that the human mind could make sense of. Perhaps the possibility of visuality is rooted in the premise of mobility.

Also read: The Coronavirus Crisis Demands Everyone Act Responsibly. So What Happened to the Media?

In Benjamin’s Paris Arcades Project, people walked around, looking at shop-window displays with desiring eyes held in abeyance by resisting purse-strings. In the Punjabi language, ‘gedi’ describes the upper-class practice of going for a car drive – usually with windows rolled down, blasting loud music – with the express (visual) objective of ‘checking out’ young girls and boys. The Romantic poets in industrial England cultivated the discipline of going on long walks, as a method of subjecting themselves to the inspirational and creative visions of nature.

Varieties of mobility, therefore, generate different ways of seeing. Mechanical technologies of the image replace the unfiltered mental images of human vision with recorded and projected images, a double illusion, that has often been explained through theories of psychoanalysis. The virtually unattainable screen image, that elusive object of desire, can perhaps only be possessed by eliminating the distance between the spectator and the image they behold.

Technologies such as Virtual Reality – which initially were made popular as 3D films, adding a third dimension of depth to an otherwise flat image – are relentlessly attempting to translocate the human spectator into the world of images, and simultaneously to give a corporeal dimension to immaterial images by introducing smell and other tactile and sensory aspects of the kind one might experience in a 4-7 D film screening. The push of these new technological tendencies is towards what Scott Bukatman calls ‘terminal identity’, where the merging of humans with technological machines becomes more and more complete. All mobility, in such cases, is virtual, is stationary.

Donna Haraway’s The Cyborg Manifesto makes a lengthy argument about the possibility of the cyborg as a gender-neutral, and therefore gender-equitable mode of existence. The now iconic image of Haraway’s book cover – with a woman of colour at the end of her computer terminal, fingers spread out over a keyboard sitting comfortably amidst sand dunes and pyramids, while a large white feline rests its face over her head, paws draped around her shoulders in comfortable companionship – might seem uncannily like the post-coronavirus world many of us inhabit.

Shifting all modes of work ‘online’, we have been ushered into existing as digital beings, cyborgs, with almost no warning. The lockdown on individual mobility in many countries across the world, has left us with little option but to learn to restrict our movements.

Also read: We Are Fighting an Infodemic in the Time of ‘Coronoia’

Those who are in positions of privilege have the comfort of their homes, technological devices, and a steady supply of food to tide them through this challenging time. The thousands of migrant workers, daily wage labourers, homeless persons, nomadic communities in make-shift ‘homes’, circus artists, and others for whom mobility has been a constant, find themselves in inhuman situations, surrounded by fear and resentment.

Perhaps the cyborg is a death-wish staring at us. Perhaps this is the beginning of another era, where we are well and truly inside the machine; the ghost in the machine was the joke that might have back-fired upon us. The physical immobility being imposed on us is bound to have repercussions on the scopic regimes of our times.

We are already getting used to interacting with our colleagues, students and co-workers as tiny thumbnails on a flat screen, in virtual meeting rooms and classrooms. The only travel one might be able to do now will be that which the camera or digital technology permits. Our realities might become an entirely technologically constructed hyper-reality. We may exist in what Jean Baudrillard called a simulacrum. Bodies engulfed within images, limbs bound by images, buried, like Anarkali that symbol of doomed love, within image-walls whose rubble thickens around us.

Perhaps, it is a second life.

Rashmi Sawhney is a cultural theorist based in Bangalore.