The Virus of Our Discontents 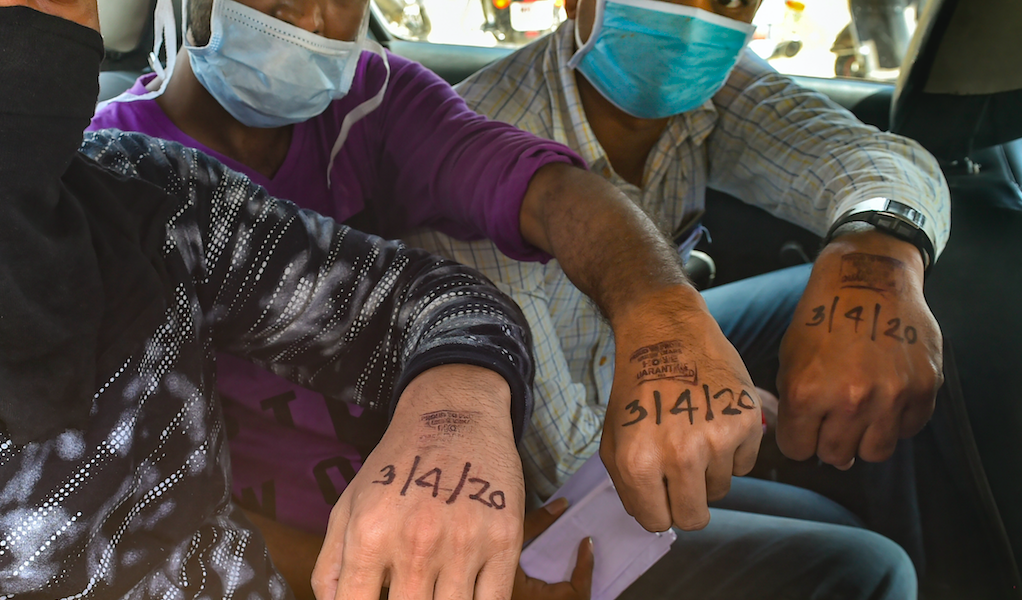 People with their hands stamped in Mumbai. Photo: PTI

I was stunned to read American President Donald Trump’s tweet on March 13, 2021, where he declared March 15 a national day of prayer:

“We are a Country that, throughout our history, has looked to God for protection and strength in times like these…”

Suddenly, it was time, and necessary, to trust in god. For other times, trust in military strength was enough.

When Trump decided to build a wall across the Mexican border to prevent refugees, when he declared war crimes against Iran, and when he boasted of the capability to erase Afghanistan from the map in ten days, what was he depending on? The sheer might of his country.

God was not necessary for these campaigns. At least, he wasn’t summoned to bless America wage or declare war. But there would have been no problem if Trump declared his ambitions by invoking god, because god wouldn’t have contradicted him. It is a historical belief that god sides with power.

God is on the side of the victor. He cannot be on the loser’s side. That is why Arjuna chose Krishna to be on his side during the Mahabharata.

But weak and defeated people also summon god, beg for protection, for mercy. Trump’s tweet is ironic because the most powerful man belonging to the most powerful country on earth is seeking god’s protection. No security can work against an invisible intruder, and enemy. The secret service is of no use. You can’t negotiate, or placate, or issue threats. 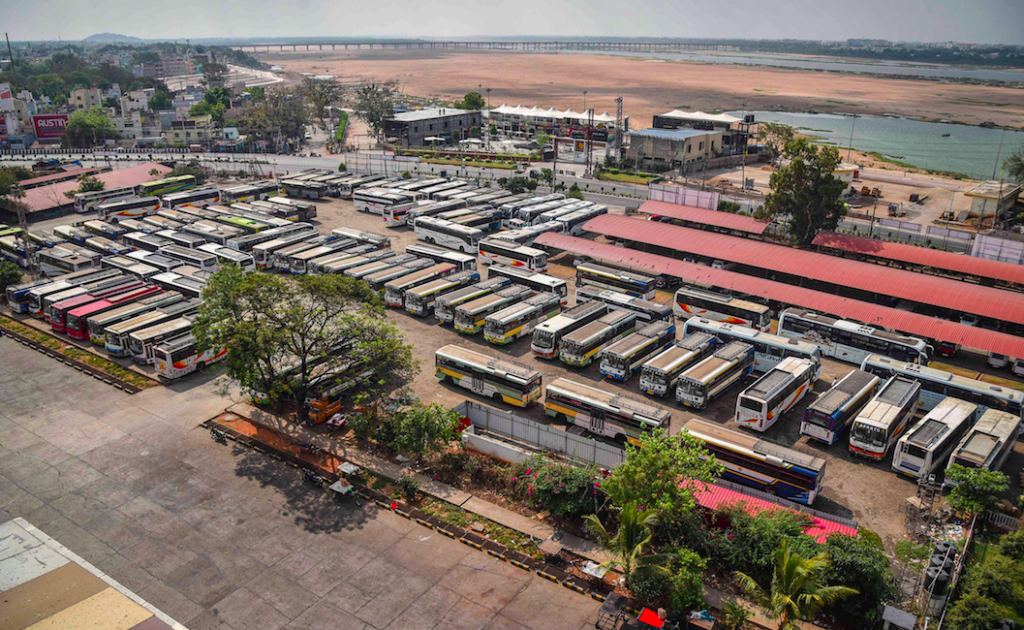 In India, we are living in a time of an internal political war against people who are being described “anti-nationals”, or enemies of the nation. They include people belonging to the minority community, and political activists who disagree with the government. In other words, the enemy is either religious or ideological. Since 2016, a national hysteria has been generated against these “anti-nationals”, some named in television studios, others threatened and abused in the social media. Once the nature of an enemy is declared, everyone wants to contribute to the vigilante culture.

The latest, disquieting incident is the putting up of posters (with names, photographs and addresses) of anti-CAA activists on the walls of Lucknow. It is an old fascist method to whip up social consensus. The manufactured virus of discontent has spread way before a real virus arrived on the scene. The wonder drug against both discontents is not likely to appear soon.

A bizarre video surfaced of angry passengers whose passports were taken away as they waited to be tested for coronavirus at Terminal 3 of New Delhi’s Indira Gandhi International Airport. A man could be heard screaming at the airport authorities, “Shoot us. Please shoot us. Kill us”. The paranoia on both sides is palpable. Paranoia produces violence. It can even invite violence upon oneself.

The Italian philosopher, Giorgio Agamben responded to the coronavirus epidemic with an initial piece in an Italian journal in February, where he warned against governments declaring a state of exception and creating panic amongst people against a viral infection that is curable.

He showed concern about further governmental restrictions on freedom. This may remind us in India of the report in The Wire, where a protester in Shaheen Bagh, asked if they would vacate the site to help precautionary measures against the coronavirus, provocatively said, “We are afraid of detention camps, not coronavirus”.

She prefers to fight for a constitutional guarantee of her negative freedom (of being declared illegal, and detained in a camp), rather than succumb to fear. For her, detention is longer, and more painful, than death. In a rejoinder on March 17, Agamben made clarifications after responses to his earlier piece. “Fear is a poor advisor”, he writes. Agamben explains with aphoristic precision: “Bare life — and the danger of losing it — is not something that unites people, but blinds and separates them.”

We are all susceptible to the enemy of a nation that is trying to save its life. For once, fear and the enemy of fear are both within. We no longer face the imaginary national enemy.

We are all potentially enemies. In an ironic twist of history, (the dangers of) the natural overtakes the political. It’s time to cure the collective symptom of enemy-making. Time to consider our most intimate reality: human life.