The outbreak of racial tension in Guangzhou, which has the largest African community in Asia, last April, did trigger some reflection. But it was not enough. 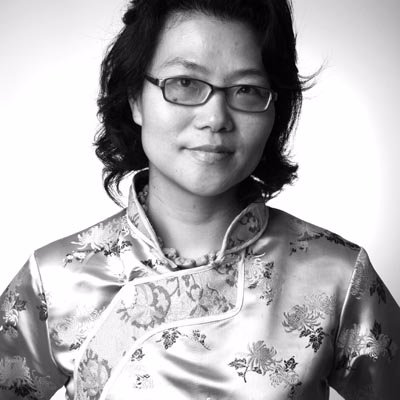 A group of five high school students from Suzhou spent their summer in Guangzhou, not holidaying, but investigating the relationship between Africans and the local residents.

Back in April, during the peak of the COVID-19 pandemic panic, dozens of Africans were evicted and others were barred from entering restaurants and hotels in Guangzhou, home to the largest African community in Asia. The result of the students’ effort, in the form of a short-documentary titled ‘Africans in Guangzhou: Misunderstanding, Discrimination and Communication’ has recently been put up on YouTube.

I watched it with great interest. The teenagers did find tension between the two groups and blamed mostly a lack of communication. The finding seemed a little superficial to me, but I felt encouraged by their candour.

The murder of George Floyd in the United States in May sparked mass protests around the world as people expressed their support for the Black Lives Matter movement. The Chinese government embraced the movement and used it to attack America’s human rights record. “Racism against ethnic minorities in the US is a chronic disease of American society,” commented Zhao Lijian, the foreign ministry’s spokesperson.

Beyond that, the reaction to the BLM in China has been subdued. Apart from LGBT communities, which have been keenly discussing the topic due to rights related issues, the public hasn’t showed much interest. Many haven’t even heard about the BLM movement.

The Chinese media promotes this ignorance because it presents racial inequality as an issue that exists only in the West.

I beg to differ. China has its own ethnic issues. Around 2 million Uyghurs are reportedly being held in “re-education” camps in Xinjiang. I also believe that prejudice against foreigners – Africans in particular – is commonplace in China.

In 1990, when I married a foreigner, a rumour began to circulate in my village in Nanjing that I was married to an old, Black American though my husband was a young Oxford student and white. Interracial marriages were comparatively rare then.

Women who married  Black men were often insulted publicly for 下嫁 – marrying beneath them – whilst women with white husbands were sometimes accused of being “gold diggers”.

It dawned on me that as they grappled with modernisation, many Chinese were placing themselves in the middle of a racial hierarchy: above the black and below the white.

The outbreak of racial tension in Guangzhou last April did trigger some reflection. One unidentified African resident of the city – a man – made a video confessing his love for China and uploaded it on social media. In fluent Chinese he said he had been living in China for nine years, regarded himself as Chinese and considered China his mother. Sadly, he was rewarded with a deluge of taunts and jeers.

“Don’t be a hypocrite!” one Chinese netizen replied. “You love China only because China is richer than your country.” Another slung an insult. “You aren’t a Chinese at all. Don’t outstay your welcome. You lot are cockroaches and rats!” 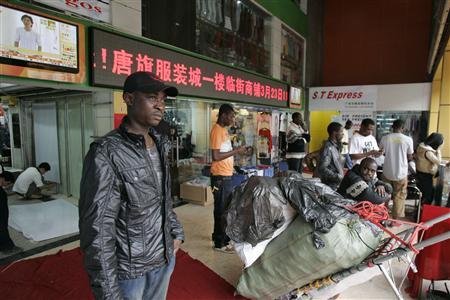 China’s rising position in the world has led to the rise of nationalism, which is all apparent in those messages. With this lack of public awareness, racist discourse has become an integral part of Chinese nationalism.

In a book about race and medicine in China, sinologist Frank Dikötter pointed out that in China darker races were “discursively represented as hereditarily inadequate and waiting to go into extinction.”

As it has rippled across the globe, the BLM movement has forced civil society in several Asian countries to confront their own racial and ethnical prejudices. The result has been a spate of protests and public debates on issues such as the discrimination against Papuans in Indonesia, the privilege of the Chinese in Singapore and the death of Indians in custody in Malaysia.

Let’s face it: racism exists in every society. Professor Barry Sautman, a professor in the Division of Social Science at the Hong Kong University of Science and Technology wrote a paper, ‘Anti-Black Racism in Post Mao China,’ in which he called for an enforced legal deterrent. “Without it, no place in the world can diminish racial discrimination,” he said to me in an interview.

As a Chinese citizen I can only hope that the government will take the opportunity created by the rise of the BLM movement to deal frontally with racism in China, allow its people to discuss and show their support for it and encourage public debate, as Japan is doing.

The Chinese government claims to have “zero tolerance” for racism, but there have been no reports that anyone has been punished for the actions against the Africans in Guangzhou or elsewhere.

Apart from punishment, education is crucial. I believe some of the prejudice against Black people in China is generated by ignorance for, as in India with Africans, the vast majority of the Chinese have had no interaction with them.

It’s not possible for all students to travel to Guangzhou, but the authorities can launch campaigns to educate students as well as the general public about racial equality and social justice.

With China’s growing influence and investment in Africa, it is in China’s interest to build a better relationship with the Africans and a better image of itself as a global leader.

Lijia Zhang, author of  “Socialism Is Great!”: A Worker’s Memoir of the New China is a best-selling writer in Chinese and English, and a commentator in the South China Morning Post.