People in the video can be heard saying, "From today, we Hindus pledge to not buy any item from a Muslim shopkeeper and not to sell them anything. We pledge to not sell or give our lands on lease to Muslims." 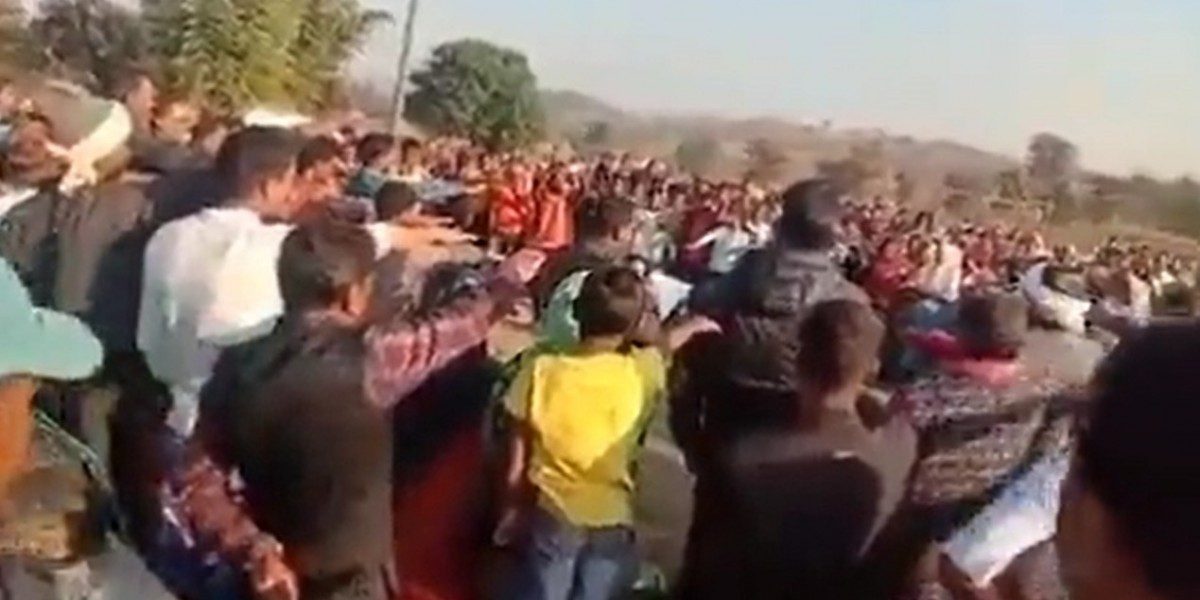 Screengrab from a video, showing residents of a village in Surguja district taking a pledge to neither do commercial transactions with members of the Muslim community nor sell their land to them, taken on January 6 2022.

Raipur: Authorities in Chhattisgarh have initiated a probe after a video, purportedly showing residents of a village in Surguja district taking a pledge to neither do commercial transactions with members of the Muslim community nor sell their land to them, went viral on social media, officials said on Friday.

The video was reportedly shot in Kundikala village located under Lundra police station limits of the district on January 5, and came to light on Thursday, after which senior police and administration officials visited the village and initiated an inquiry.

According to the officials, the video appears to be a fallout of a brawl between residents of two villages on January 1.

Surguj collector Sanjeev Jha told PTI on Friday that after the video surfaced, the district’s additional superintendent of police (ASP) and sub-divisional magistrate (SDM) visited the village on Thursday and gathered details about the incident.

Further action is being taken into the matter, he added.

This video is from Surguja in Chhattisgarh where some Hindutva people are taking oath.

We Hindus will not buy goods from any Muslim shopkeeper.

We Hindus will not sell or rent our land to any Muslim.

We hindu will not work with Muslims. Is Tarah se nafrat failayi ja rahi hai pic.twitter.com/rvekkMdnGD

“On January 1, residents from Aara village, which falls in neighbouring Balrampur district, visited Kundikala to celebrate the New Year during which they entered into a brawl with some locals,” Surguja ASP Vivek Shukla said.

“The next day, a resident of Kundikala lodged a complaint alleging half-a-dozen villagers of Aara (belonging to a particular community) along with some others barged into his house and thrashed him and two family members, including his niece,” he said.

Based on the complaint, six persons were arrested, but all of them got bail from a local court the same day, Shukla said.

Prima facie it seems, taking advantage of that incident, some people provoked residents of Kundikala to hold a gathering and take such a pledge against the minority community, he said.

We are trying to identify those who administered the oath to the gathering, Shukla added.