Practices like Bacha Posh and Bacha Bazi have left indelible psychological and psychosomatic effects on generations of children in the country. Children stand on the roof of their house in Kabul, Afghanistan March 14, 2018. Photo: Reuters/Mohammad Ismail

Chandigarh: Even as the future of Afghanistan’s 19-odd million female population under the Taliban’s Islamist rule remains tenuous and foreboding, the bizarre but hoary practice of  Bacha Posh, in which Afghan parents without sons bring up their daughters as boys, till they attain puberty, continues unabated in the war-ravaged country.

Translated from Farsi and Dari to literally mean ‘girl dressed like a boy’, this socially sanctioned Bacha Posh concept entails parents ‘transforming’ their daughters at the age of three or four into boys for the next 10 or so years.

The girls were given masculine names and boyish haircuts and dressed as males. To further buttress their role they were encouraged to emulate boys in all ways, playing games like soccer, flying kites and even cycling publicly, an activity that is taboo for all females in Afghanistan.

Mixing or playing with children of their own sex was accordingly taboo for Bacha Poshes but the upside of being pretend-boys made it easier for them to secure odd-jobs, run errands and move about relatively freely, rendering them not only useful, but also pecuniarily worthwhile to their families.

Ironically, there were even recorded instances of Bacha Poshes escorting their sisters to public places which, under strict Islamic law, they were prohibited from venturing to without a male companion. Numerous anecdotal accounts from across Afghanistan also revealed that a majority of child street vendors in several cities were Bacha Poshes, thereby bestowing a commercial slant to this phantastic charade that exists nowhere else in the world, except in certain parts of Pakistan’s contiguous tribal areas populated by Pashtuns.

Furthermore, the Bacha Poshes pretence was made all the easier by the fact that other than their parents, everyone else around them like neighbours, family friends and even teachers willingly participated in this formalised gender-deception. However, for the play-actors themselves in this illusionary simulation it temporarily opened up a whole new world, that not only included freedom of movement, but also freedom to frolic, shout and play freely, all of  which was generally deemed illicit for girls.

But as soon as nature asserted itself, as it invariably does and the Bacha Poshes attained adolescence, they had to instantly dump their male identities and revert to becoming real girls once again, with all expected feminine behavioural traits and household responsibilities.

In many instances this transition was obviously hugely traumatic, to say the least, with many Bacha Poshes experiencing untold angst, disorientation and puzzlement; after a nearly decade-long hiatus they were now required to be shy, coy and to act in ways of which they had no notion. 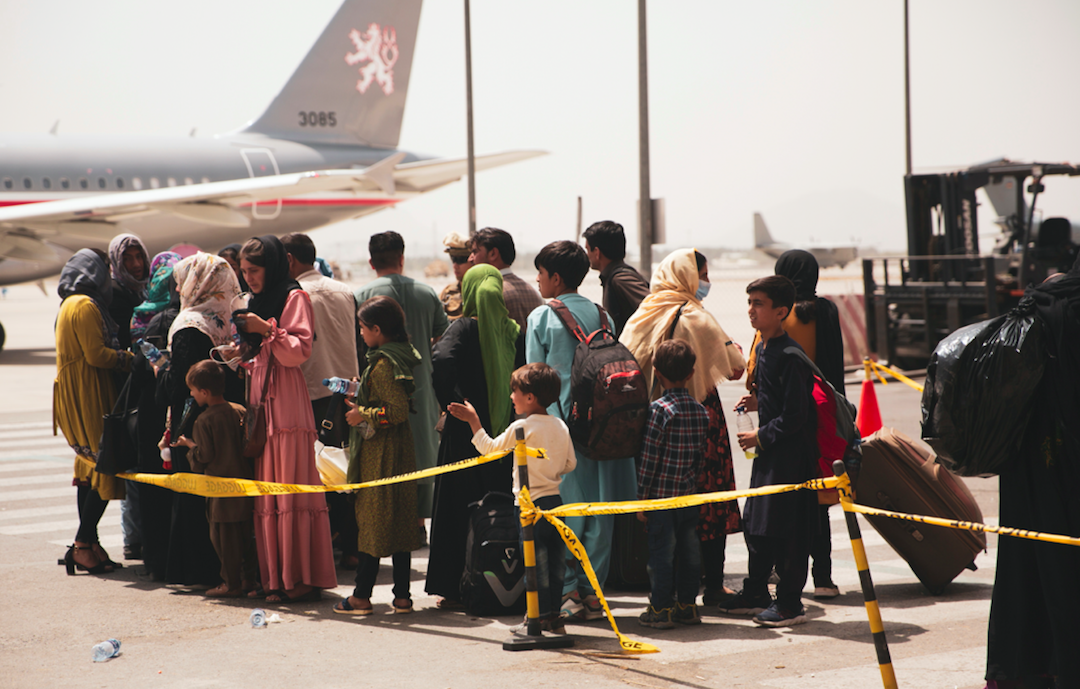 Thereafter, many in their teens were summarily married off by their parents, often to men far older, only adding to their trauma and overloaded psychological baggage. Besides, having briefly experienced a modicum of independence as boys, the Bacha Poshes found it difficult to resign themselves to being submissive wives with the sole role of begetting male offspring.

Any display of even the slightest individuality, invariably prompted brutal punishment and endless beatings from both their spouses and their extended families – a state of affairs vividly but disturbingly and despairingly portrayed in brilliant works of fiction by US-based Afghan writers Nadia Hashimi in The Pearl that Broke Its Shell and Khaled Hosseini in A Thousand Splendid Suns.

No statistics, however, exist regarding even an approximate number of Bacha Poshes in Afghanistan or in Pakistan, but this age-old phenomenon was widely publicised in 2014 by Jenny Nordberg, a New York-based Swedish journalist. In her fascinating account in The underground girls of Kabul: the hidden lives of Afghan girls disguised as boys, the investigative reporter saw the Bacha Posh phenomenon rooted, not in the country’s religious faith, but in its cultural practices.

She also noted that it existed nationally, cutting across all tribal and socio-economic groups that comprise Afghanistan’s complex human mosaic.

Azita Rafat, a well-educated Afghan MP from northwest Badghis  province and mother of four daughters whose life Nodberg examines in her book, for instance, was formerly a Bacha Posh who ended up raising one of her younger daughters as one too. “It’s hard for you to believe why one mother is doing these things to their youngest daughter,” she told Nordberg.

“Things are happening in Afghanistan that are really not imaginable for you as a western people,” she added.

Others like Zarifa Sabet from the non-governmental organisation ActionAid International claimed that the Bacha Posh practice dated back centuries, but that its provenance was unknown. “Being born a girl is Afghanistan is to be condemned to a half-life,” Sabet wrote in the South Asian Monitor in early 2018, adding that this necessitated a resilience difficult to imagine. At best being a girl child is viewed with disappointment, at worst it is a humiliation which calls for desperate measures of which Bacha Posh was one such, she declared.

Sabet goes on to state that having even one boy child was mandatory for good standing and reputation for families in Afghan society, while having none provoked open contempt. She conceded that widespread indigence necessitated the need for parents to temporarily force their daughters into becoming boys, to enable them to work and earn money, however meagre. Superstition amongst the predominantly illiterate population, she said, also buttressed the myth that having a Bacha Posh in a son-less family could actually lead to the birth of a male.

Sons in Afghanistan are favoured for reasons of inheritance, their eventual earning capacity and dowry prospects and accordingly their births were celebrated at a Nashrah ceremony with festivities and prayers. Female babies, on the other hand, invited only derision and their mothers were societally labelled as ‘dokkhtar zai’ or she who only breeds daughters. Conversely, their husbands were dubbed ‘mada posht’, or he whose woman will only deliver girls.

Predictably, in Afghanistan’s male-centric milieu, similar to that of other South Asian countries like Pakistan and  India, women were invariably censured for birthing girls. Society, it appeared, conveniently ignores the biological reality that men determine a baby’s sex, depending on whether their sperm was carrying a corresponding X or Y chromosome. 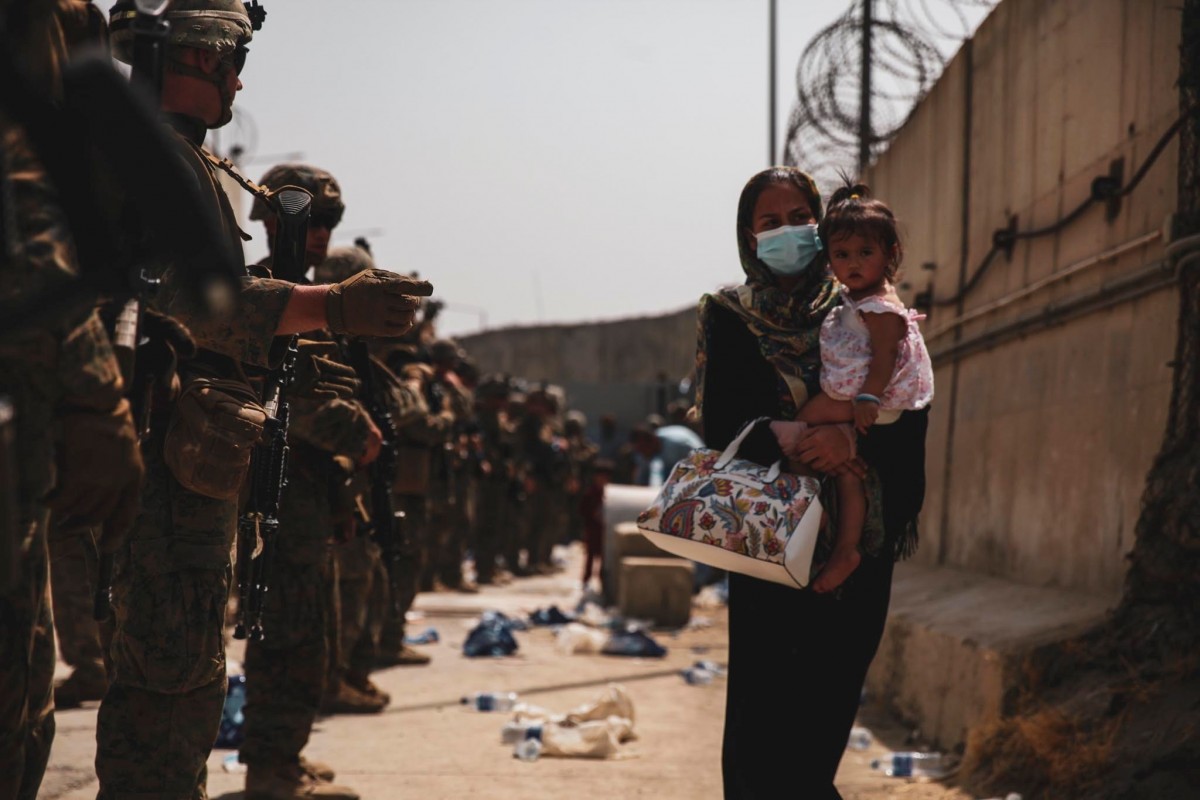 Marines with the 24th Expeditionary Unit (MEU) guide an evacuee during an evacuation at Hamid Karzai International Airport, Kabul, Afghanistan, in this photo taken on August 18, 2021 and released by U.S. Navy on August 20, 2021. U.S. NAVY/Central Command Public Affairs/Sgt. Isaiah Compbell/Handout via Reuters.

Meanwhile, the other tragedy facing Afghan teenage boys is that of Bacha Bazi or their sexual exploitation by powerful warlords, feudal chieftains and important officials across the country.

Over decades dragooning one or more ‘chai boys’, as these local conscripts are called by their paedophile patrons, had become a symbol of power and social status in Afghanistan’s Pashtun areas in the south and northern Tajik regions, psychosomatically scarring large numbers of the country’s relatively young male population. Afghanistan’s median age is  around 18, while two-third of its population, of which around 20 million were males, is below 30 years.

In a 2013 article for Foreign Policy, US Marine Corps analyst Chris Mondloch argued that it was a commonly accepted notion among a section of Afghanistan’s latent homosexual males that ‘women are for children, and boys are for pleasure’. Passed down through many generations and spurred by the vicious cycle created by this paedophile-victim relationship, Mondloch argues, that many Afghan men had “lost their attraction” for the opposite gender. And though social and religious customs dictated that all men must marry one or more women and have children, these unions were often devoid of love and affection and treated as practical and mandated arrangements, he adds.

The Taliban, however, had an aversion for Bacha Bazi and had outlawed it when they assumed control of Afghanistan for five years, till their ouster by the US in late 2001. During these years Bacha Bazi retreated underground, but after the US invasion and subsequent occupation with the assistance of Mujahideen warlords, it resurfaced openly, becoming a ‘normalised structured practice’ across Afghanistan.

Mondloch also disclosed that many Afghan families with several children had been known to voluntarily ‘provide’ a son to important officials, either for familial prestige or monetary compensation, or both, almost institutionalising Bacha Bazi that irreparably damaged its victims. This latter aspect is also written about in intense and moving detail by Hosseini in The Kite Runner, his bestselling novel that also became a Hollywood movie.

The US army analyst goes on to claim that as many as 50% of males in the Pashtun tribal areas of southern Afghanistan pursue boys, making it clear that paedophilia was a pervasive issue affecting entire rural communities. Moreover, many prominent Pashtun men who currently engaged in Bacha Bazi were, in all likelihood, abused as children. Consequently, several present day adolescent victims, considering Afghanistan’s structure and tribal configurations were, in time likely to become powerful chieftains in their own right and, in all probability too would pursue underage targets of their own, further perpetuating the cycle of male sexual abuse in the conflict-ridden nation.