A Nurse in PPE Fainted in a Building. What Happened Next Shouldn't Surprise You.

Ahana Mukhopadhyay, a postgraduate student, rushed out of her apartment and found the young nurse lying on the landing. 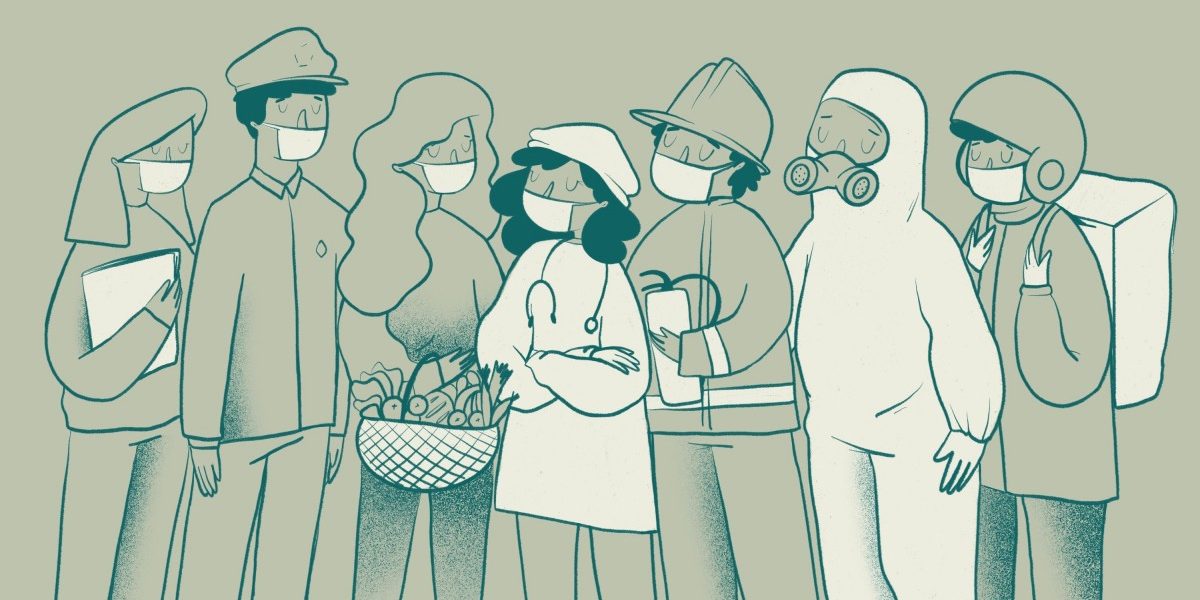 Kolkata: At a time when reports are pouring in of frontline medical workers being stigmatised as potential coronavirus patients, and therefore sources of new infections, a 22-year-old woman from Kolkata set an example on Friday when she put her life at risk and took care of a nurse who had collapsed when attending to a COVID-19 patient in an apartment complex in the city.

The incident took place on the same day 185 nurses had quit their jobs with private healthcare facilities in Kolkata and left for their homes.

The incident transpired at the Mohan Gardens Housing Complex near Kamalgazi, near the southern edge Kolkata. A 40-year-old single mother who works as a nurse at the paediatric department of the AMRI Hospital in Mukundapur tested positive on Friday morning. Two medical professionals, a doctor and a nurse, from the same hospital reached her residence in the afternoon. Since she was the sole caregiver to her six-year-old specially-abled child, the doctor suggested she quarantine herself at home. The nurse who accompanied the doctor, however, entered the wrong building in the complex, and collapsed as she was climbing the stairs.

(The Wire has withheld the name of the patient and of the nurse to respect their privacy.)

Ahana Mukhopadhyay, a postgraduate student at the city’s Basanti Devi College, rushed out of her second-floor apartment and found the young nurse lying on the landing. “She was in full PPE. She could not speak or move. She gestured to me that she was dehydrated,” Ahana told The Wire. “I did not hesitate even for a second.”

She brought the nurse a soft drink from her fridge. The nurse was reluctant at first, and gestured that she was on a fast and was not supposed to consume anything. But Ahana insisted, and had her way.

Ahana’s father Amit, a medical representative, said, “I could sense that she was having an attack of hypoglycaemia. She was breathing laboriously.”

By this time, some of the building’s other residents had gathered on the stairs and cautioned Ahana against going near the nurse. “At that moment, all I cared for was her wellbeing. She was of my age and I felt it was my duty to attend to her,” she said.

Ahana also offered the nurse some oral rehydration solution and two bars of chocolate. “I asked my parents not to come near her since they are both diabetic and immunocompromised,” she explained. “But I am young and I should have done this much. I don’t think I have done anything special.”

By then the nurse could speak, though feebly. She took off her face-shield and used a wet cloth to wipe her face. “I also arranged a table fan near her. She gradually felt better.”

Once the nurse was feeling better, according to Ahana, the nurse said she had been on duty for 15 days straight, almost always in her PPE, and fasting because of Ramzan. “I asked her to remove her PPE because I could see that she was still restless in the extreme heat and humidity. She was okay once she did that. I also felt relieved,” Ahana said.

Strangely, the nurse did not have the contact number of the doctor she had accompanied. She told Ahana their car was parked near the local police station, around 200 meters away. The complex’s security guards found the driver of the ambulance, who eventually took her back to the hospital.

“Before going away, she thanked me profusely and expressed her gratitude with folded hands. I asked her to take rest for a few days. But given the scenario we are in, I doubt if that will be possible,” Ahana said.

The gates of the housing complex have since been sealed. The approach road, which connects the area with the Eastern Metropolitan Bypass, has been cordoned off. The residents of the 250 or so apartments in Mohan Gardens are anxious because a number of people have tested positive for the novel coronavirus in the area. However, they are also proud of Ahana.

In the evening, a number of them came up to Ahana’s door to wish her. “Ahana has shown what it is to be a good samaritan. We all should take a leaf out of her book,” Chitrali Bhattacharya, an author who lives in the complex, told The Wire. “Ringing bells and clapping from the balcony are nice gestures, but Ahana walked the walk. She is a great foodie. Once all this is over, we will definitely treat her to a sumptuous meal.”

“I did see reports of doctors and nurses being heckled and even evicted from their homes for fear of being infected themselves. In that moment, I certainly did not think of all that. I did what any conscientious person would do in my place,” Ahana  said.

Numerous incidents of harassment of doctors, nurses and hospital staff have been reported over last few months from around India. Many doctors and nurses have also reported that it has been very difficult for them to get home after their shifts. On April 23, the Centre issued an ordinance that made physical attacks on healthcare workers a non-bailable offence punishable by up to seven years in prison. In one of his recent addresses to the nation, Prime Minister Narendra Modi pledged a “no compromise” approach to ensure frontline health workers are safe.