'With Us or Against Us?': What to Expect from the India-US '2+2' Ministerial Talks

The meeting in Washington assumes significance in the wake of the US's efforts in the recent weeks to try and wean India off Russian defence materiel and lure it into its own domestic military-industrial complex. 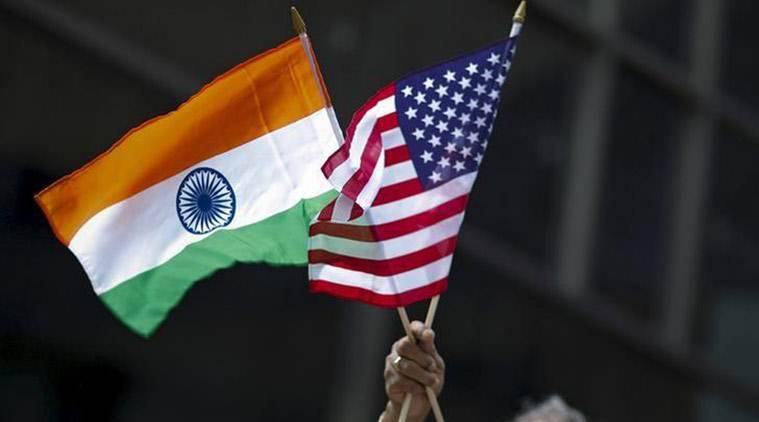 Chandigarh: Other than tackle the burning issue of Russia’s ongoing military campaign in Ukraine, the ‘2+2’ ministerial dialogue between the Indian and US defence and foreign ministers in Washington early next week is expected to see the two sides fast-track New Delhi’s deferred $3 billion purchase of multi-mission armed unmanned aerial vehicles.

Security sources have told The Wire that the April 11 meeting between Rajnath Singh and S. Jaishankar and their US counterparts Lloyd Austin and Antony Blinken is expected to progress the acquisition of 30 General Atomics-Aeronautics Systems Incorporated MQ-9B Reaper/Sea Guardian unmanned aerial vehicles – 10 for each of the three services – via the US Foreign Military Sales route.

“The high costs involved in the long-endurance MQ-9B unmanned aerial vehicles purchase is the principal handicap in clinching the deal, and the discussions in Washington next week are likely to focus on that aspect,” says retired Brigadier Rahul Bhonsle of the Security Risks Consultancy Group in Delhi.

Other technical and operational details of the Indian Navy-led unmanned aerial vehicles procurement have already been finalised over the past two years, he adds.

Major issues to be on the table

The two unmanned aerial vehicles were the first lot of military equipment that India had leased under the new provisions incorporated in the Defence Acquisition Procedure-2020 manual. 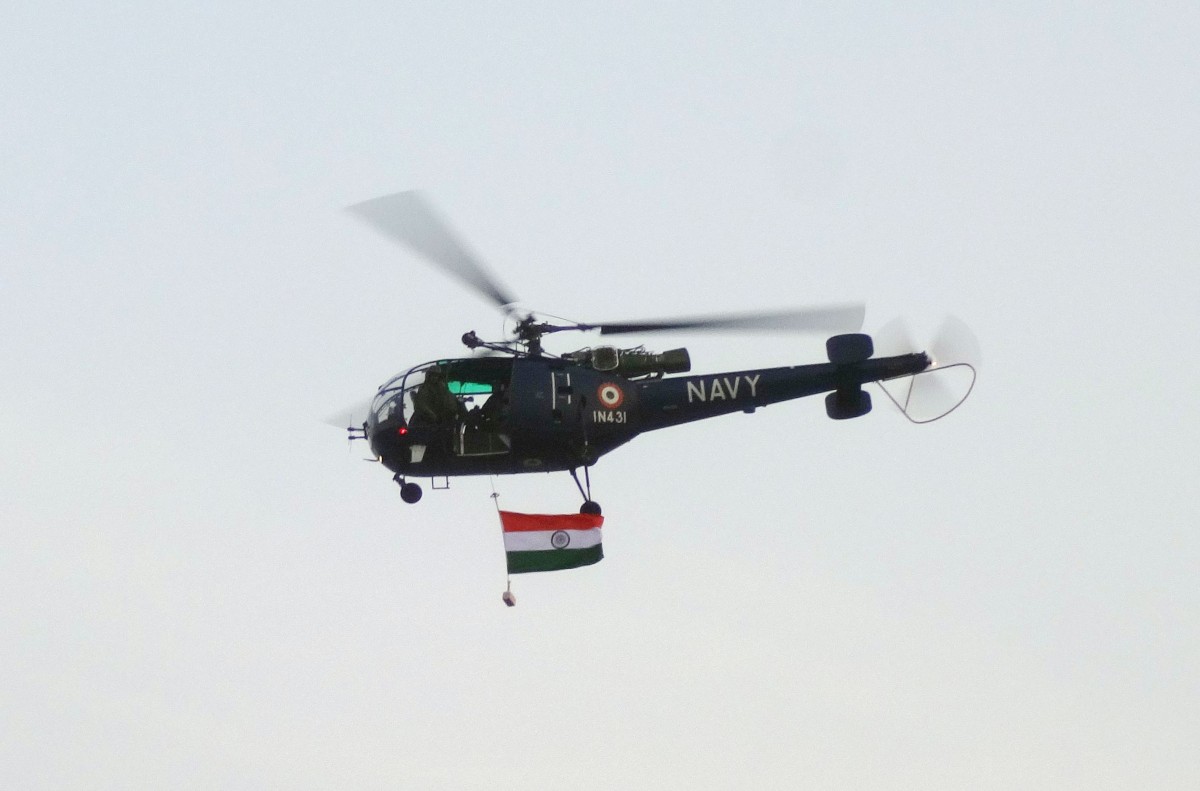 Alongside, the potential purchase by the Indian Navy of Boeing F/A-18 Block III ‘Super Hornet’ fighters for employment aboard, its indigenously designed and built 37, 500-tonne short take-off barrier arrested recovery aircraft carrier – scheduled for commissioning as INS Vikrant on Independence Day in August 2022 – is also expected to feature in next week’s 2+2 meet, the fourth such conclave since 2018.

The Indian Navy has a long-pending requirement for 57 multi-role carrier-borne fighters – a number which could be pared down to 36-odd platforms due to budgetary constraints – and consequently two F-18s are expected to imminently conduct a series of operational demonstrations at the shore-based test facility (SBTF) at INS Hansa in Goa. The SBTF’s 283m mock-up ski jump facility resembles the deck of an aircraft carrier and was also where Dassault’s two Rafale-Maritime (M) fighters displayed their capabilities earlier this year, as a possible rival to the F-18 in meeting the Navy’s eventual requirements.

Official sources say that other than the MQ-9B UAVs and the F-18s, the “hugely sensitive” issue of invoking Countering America’s Adversaries Through Sanctions Act (CAATSA) on India over its procurement of five Russian Almaz-Antey S-400 Triumf self-propelled surface-to-air (SAM) missile systems too would doubtlessly feature in the 2+2 Dialogue.

The US has already effected CAATSA against Turkey and China in 2018 and 2020 respectively for installing their respective S-400s. With India deploying an analogous Russian SAM system earlier this year, it too was susceptible to embargoes. But as the US’ close strategic and military ally, India is hopeful of a CAATSA bypass, which can be granted by President Joe Biden under the Act’s “modified waiver authority” for “certain sanctionable transactions”.

The transfer of diverse other materiel to India will also be high on the 2+2’s agenda following Washington’s repeated calls over the past three years for Delhi to reduce its extraordinary dependence on Russian defence equipment.

In recent weeks, the Ukrainian invasion has only raised Washington’s pitch to a frenzy to try and wean India off Russian materiel and lure it into its own domestic military-industrial complex, which senses a lucrative opportunity to enrich itself. Over 60% of India’s in-service defence equipment in all three services is of Soviet or Russian origin, which under harsh US-led sanctions faces severe problems in sourcing spares and ancillary equipment to remain operational.

“By severely sanctioning Russia’s arms industry, for which Delhi is the principal customer, the US is hoping to close it down and take up the slack with regard to India’s defence needs which remain substantial,” says Amit Cowshish, former Ministry of Defence (MoD) acquisitions advisor. “It’s a well-calculated move by Washington that has potentially lucrative spinoffs for US armament companies for decades in direct sales or in technology transfers.”

Potential problems with the US defence procurements

But despite the $20-odd billion worth of platforms like P-8Is, C-17 Globemaster IIIs and C-130J-30 Super Hercules transports, AH-64E Apache and CH-47F Chinook attack and heavy-lift helicopters, which India had acquired from 2002 onwards, there is an inherent inhibition in these procurements: it forecloses the possibility of India’s military pursuing its long-established and hugely accomplished, and at times, resort to jugaad (‘make do’) with regard to equipment. 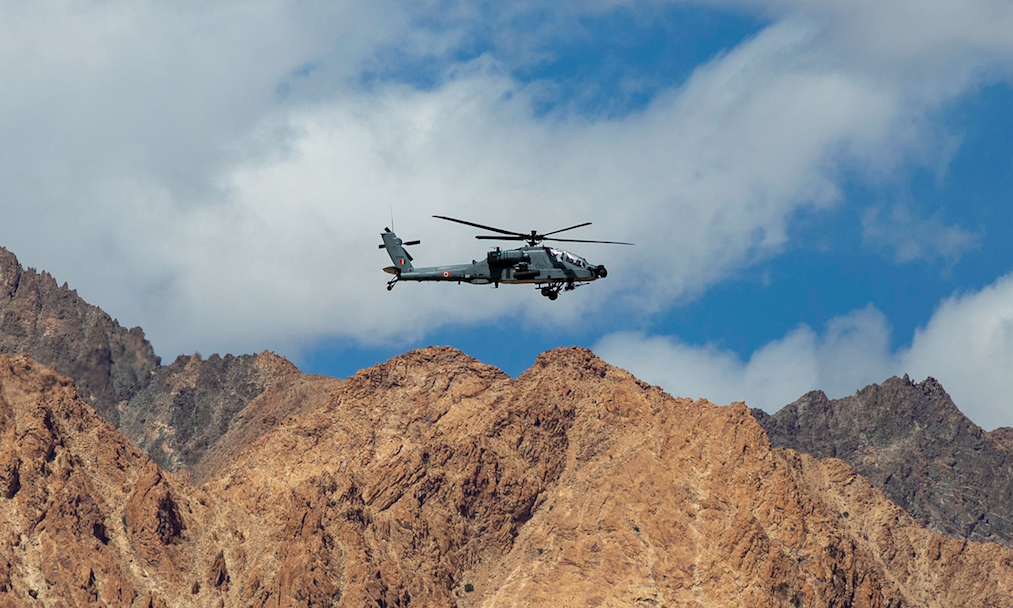 Entirely feasible on Soviet or Russian platforms and equipment – at times even welcomed and with no restrictions whatsoever – the attitude of jugaad has not only provided India’s military flexibility in operating its kit but also ably rendered foreign equipment wholly serviceable in climatic extremes and assorted terrain and for varied operational deployments.

But the US protocols like the End Use Monitoring Agreement (EUMA), agreed upon in 2009 after much wrangling and extended negotiation, proscribes India from retrofitting and adapting military equipment to its needs without the Original Equipment Manufacturers (OEMs) consent and participation for the entire duration of its service, which in the US’s case, has almost never ever been permitted.

With the 80-odd countries with which Washington has concluded the EUMA, it has reportedly made an exception only a handful of times, once by allowing the Israel Air Force to incorporate locally developed sensors and weapons onto Lockheed Martin F-16’s supplied to Tel Aviv and subsequently with regard to some systems aboard Lockheed Martin’s F-35 Lightening II fifth generation fighters supplied recently to the Israel Air Force.

Besides, all US military purchases by India under the Foreign Military Sales programme have been concluded under the stricter ‘Golden Sentry’ EUMA, which governs the physical verification of the equipment and its eventual disposal. This protocol is far stricter than the less stringent ‘Blue Lantern’ EUMA which directs the direct commercial sale of US materiel worldwide.

And though the Congress Party-led United Progressive Alliance government had then obliquely claimed success in concluding the EUMA on Indian terms, by securing the concession that the time and location of the US equipment’s verification process would be determined by Delhi, it had deftly avoided all mention of life-long and costly reliance on OEMs to keep the US equipment in service.

Be that as it may, military officers say such foreclosure on the US defence gear supplied to India prohibits “amazing and efficient implementation of jugaad” that has been elevated to sophisticated levels. Generations of military officers concede that jugaad not only ensures that imported weapon systems perform well above their declared operational potential but also render a range of platforms and ordnance not only highly serviceable and effective, but in some instances even deadly.

These include the fleet of Chetak’s and Cheetah’s – principally Alouette IIIs and SA-315B Lama’s – rendered capable after jugaad of operating almost daily for decades at heights of over 14,000 feet in the Siachen glacier region and corresponding elevations, a feat their French OEMs could never ever have imagined possible.

Besides, some 100-odd MiG-21 ‘Bis’ ground attack fighters were effectively upgraded in the late 1990s with Russian collaboration by innovatively equipping them with French, Israeli, locally developed and commercial – off-the-shelf weapons, sensors and electronic warfare systems. The fleet of ground attack Anglo-French SEPECAT Jaguar’s too had been successfully retrofitted, provided with mid-air refuelling capability, amongst other systems, supplied by vendors other than their OEM.

Even the frontline Russian Sukhoi Su-30MkI multi-role fighters, which comprise the backbone of the Indian Air Force’s (IAF’s) combat squadrons, had local and other-than-Russian force multipliers fitted on board, increasing their lethality. And during the 1999 Kargil conflict, the IAF had ably equipped its Mirage 2000Hs with indigenous 1,000-lb precision-guided munitions, delivering them with devastating effect on Pakistani army bunkers in the Himalayas. Even the Dassault Rafale fighters, the IAF’s most recent buy, were fitted with Israeli helmet-mounted displays as part of the platforms 13 India Specific Enhancements in a somewhat more sophisticated version of jugaad. 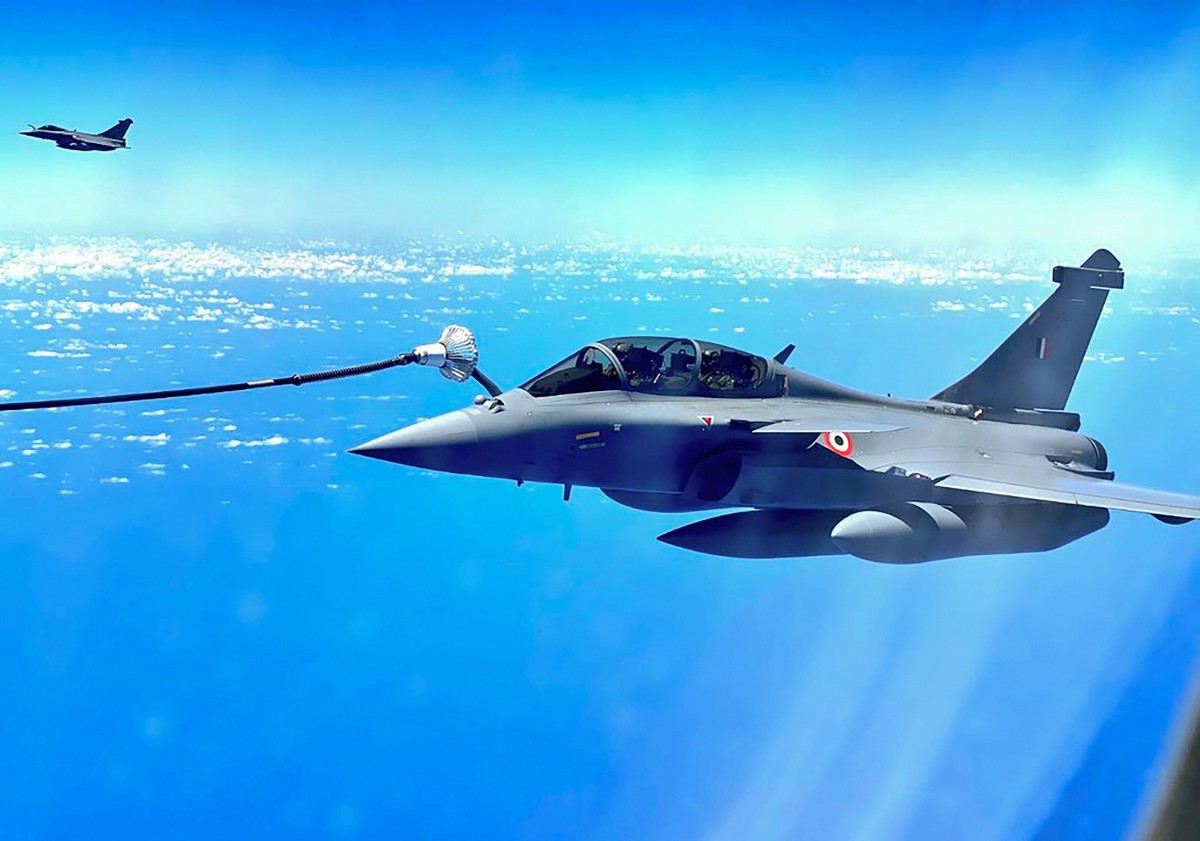 Midair refuelling of one of the five Rafale jets. Photo: PTI

Alongside, the Indian Army’s Soviet and Russian T72M1 and T 90S main battle tanks, 130mm M46 field guns and BMP-1/2 infantry combat vehicles, in addition to numerous naval assets had all been innovatively and effectively adapted through jugaad with their efficiency, operability and life span greatly enhanced.

But, under the EUMA, India’s military will have to forego this functional option to retrofit US-supplied equipment which, for the duration of its service would exclusively remain the OEMs responsibility to maintain, service and overhaul. This Agreement also irrevocably prevents India from getting US-origin defence equipment serviced by any other country or acquiring spares from other sources.

“Such cradle-to-grave restrictions provide Washington continuing leverage over the equipment recipient country,” says a two-star Indian Navy officer. “Such leverage,” he adds, “which is not the case with Russian equipment, has the inherent possibility of ensuring that the recipient country cooperates with Washington on US-centric strategic, political and diplomatic goals.”

Such a state of affairs would also firmly cement the “with-us-or-against-us” proclivity that Rambo-like the US is so fond of mouthing and one which will, no doubt, be in evidence at the 2+2 meet, though unsubtly sheathed in a velvet glove.