Who Said the American Model of Fighting Terror is Best for India?

The merit of the US strategy in the War on Terror is highly suspect. It would not be wise to ape the Americans blindly. 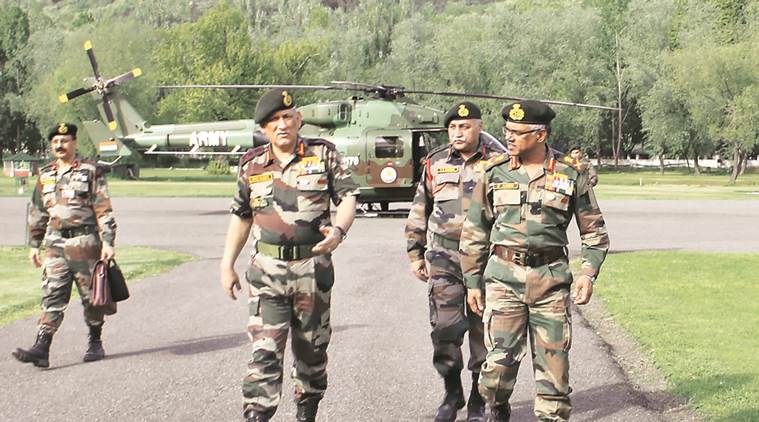 General Bipin Rawat is reported to have said that the model adopted by the United States to take on terror networks after 9/11 needs to be replicated. “We have to bring an end to terrorism and that can only happen the way Americans started after the 9/11 terror attack. They said let’s go on a spree on global War on Terror. To do that you have to isolate the terrorists and anybody who is sponsoring terrorism has to be taken to task,” he reportedly observed.

In other words, India’s top military officer presented the American approach to fighting terror as the best for India too. That is fine, but before the nation adopts this strategy, the taxpaying public must keep in mind that their money and their lives are at stake. Adopting a failed strategy could be disastrous for the nation. It is, therefore, imperative that we evaluate the merit of the American approach to fighting terror critically without being overawed by anyone’s rank or position.

First, let us see the costs. The War on Terror has cost the US $2.407 trillion so far. This is 5.76 times the Union budget of India for 2019-20, which stood at $0.41795 trillion. The cost crosses $5.9 trillion taking into account the medical care of wounded veterans and expensive repairs, etc. Had it gone toward education instead, it would have created almost 42 million jobs and would have added $3.1 trillion to the economy. At least 1.598 million soldiers served directly in Iraq and Afghanistan as ‘boots on ground’—2.7 million by other estimates. The war in Iraq killed 4,419 US soldiers and wounded 31,994 more. By July 2018, as many as 2,372 US soldiers had been killed in Afghanistan and 20,320 wounded, besides 1,720 civilian contractors killed. More than one million Americans who served in a theatre of the War on Terror receive some level of disability compensation from the Department of Veterans Affairs.

Should we attempt a War on Terror on this scale and in that style of taking the war to the enemy, the question is, can we really afford it? Second, even if we can afford it somehow, there is still a fundamental difference with the US. We face a nuclear-armed adversary and we cannot push matters beyond a point without risking a full-fledged war, possibly a nuclear one. Given our ‘national habit’ of collective wailing on TV over a few casualties in counterinsurgency operations, it is doubtful whether the people are prepared for the horrors of a full-fledged or nuclear war; all the media bluster, chest thumping and daily threats of sending Pakistan back to the Stone Age notwithstanding.

In the Kargil War, we suffered just 527 fatalities and 1,363 men wounded. However, as a nation we were rattled. In any case, the US has been bashing up countries and terror groups who are not nuclear powers and do not stand anywhere near its awesome military might.

Turning to the toll on others, Brown University’s Costs of War Project puts the total death toll from the wars in three countries, namely, Iraq, Afghanistan, and Pakistan at 480,000 including more than 244,000 civilians. The number of indirect deaths from disease, displacement, and the loss of critical infrastructure could go into millions—internally displaced or refugees also run into millions. Are we morally prepared to commit this sort of outrage?

Second, we must examine how successful the War on Terror has really been. In February 2019, the New York Times editorial board concluded, “The plan is failing. More bombs and boots haven’t brought victory any closer…It is time to face the cruel truth that at best, the war is deadlocked, and at worst, it is hopeless.”

In a US Army War College paper, Col. Erik W. Goepner unambiguously concludes that US efforts in the War on Terror have been largely ineffective in achieving the stated objectives. The number and strength of terror groups with similar ideology have increased as US efforts actually exacerbated conditions like traumatisation, amplifying grievances that increased the motivation to join terror groups.

The Center for Strategic and International Studies estimates that today there could be as many as 230,000 ‘jihadists’ worldwide, quadruple the number from 18 years ago. The talks with the Taliban are an acknowledgement of the bitter reality that they could not be defeated in 18 years and that the US is desperately trying to save face.

A Cato Institute study categorically pronounces that the War on Terror – defined by military intervention, nation building, and efforts to reshape the politics of the Middle East – has been a failure with the staggering costs far outweighing the benefits. Jim Sauer, a former Marine, described the sheer arrogance of the American approach, “Try to be nice, but if they don’t go along with the program manipulate them. If that doesn’t’ work, kill them—every one of them.”  Even during the Vietnam War, a quip went like, “Let us win your hearts and minds or we’ll burn your damn huts down.”

The Cato Institute pointed out that one of the sources of failure was the adoption of an aggressive strategy of military intervention stemming from a widespread belief in the indispensable nature of American power and the utility of military force in international politics. The other source was an inflated assessment of the terrorist threat. Together, these factors produced an American strategy that is both ineffective and counterproductive. India runs the risk of falling in the same trap if it blindly apes the United States.

Dr. N.C. Asthana, a retired IPS officer, has been DGP Kerala and a long-time ADG CRPF and BSF. Views are personal.