The US Army's Pacific Commanding General, who is on a visit to India, had said that some of the defence infrastructure constructed by China near its border with India in Ladakh is "alarming".

New Delhi: A day after a senior United States army commander raised the alarm about China’s border infrastructure in Ladakh, India responded that it continually monitors developments in the strategic area, while China accused General Charles A. Flynn of attempting to “fan flames”.

The US Army’s Pacific Commanding General, who is on a visit to India, said on Wednesday, June 8, that some of the defence infrastructure constructed by China near its border with India in Ladakh is “alarming”, calling the Chinese activity in that region as “eye-opening”.

Flagging concerns over the Chinese infra build-up, General Flynn also said that the “destabilising and corrosive” behaviour of the Chinese Communist Party (CCP) in the Indo-Pacific region is simply not helpful.

“I think it is worthy of us working together as a counterweight to some of those corrosive and corruptive behaviours that the Chinese do,” he told reporters.

The Indian and Chinese troops have been locked in a tense border stand-off in eastern Ladakh since May 5, 2020, when a violent clash between the two sides erupted in the Pangong lake area.

At a media briefing on Thursday, MEA spokesperson Arindam Bagchi said, “The government is committed to and takes all adequate and appropriate measures to safeguard territorial integrity and sovereignty as the developments in recent years have clearly demonstrated”.

He stated that the government of India had taken various measures in recent years to develop infrastructure along the border areas to not only meet India’s strategic and security requirements but also facilitate the economic developments of the areas.

In Beijing, Chinese Foreign Ministry spokesman Zhao Lijian slammed the US army General. “Some US officials have pointed fingers and sought to fan the flame and drive a wedge between the two countries. This is disgraceful. We hope the US could do more things that contribute to regional peace and stability,” he said.

Zhao asserted that the China-India boundary question was a matter between the two countries. “Both sides have the will and capability of resolving the question through dialogue and consultation”.

He reiterated that the situation in eastern Ladakh, where the two sides had over a two-year-long military stand-off, is “stable”.

Later, the Chinese embassy in India stated that the US general’s allegations against China “was without any factual basis, violated the norms of international relations and basic principles of diplomacy, instigated China’s relations with other countries in the region and deliberately created confrontation, which exposed their Cold War mentality and ideological bias”.

While continuing to criticise the US, embassy spokesperson Wang Xiaojian stated that it was “preposterous” for the US to “accuse China for its normal national defence construction on its own territory”.

About the current situation in eastern Ladakh, MEA spokesperson Bagchi referred to a decision by the two sides last week to hold the next round of round Senior Commanders’ meeting at an early date. 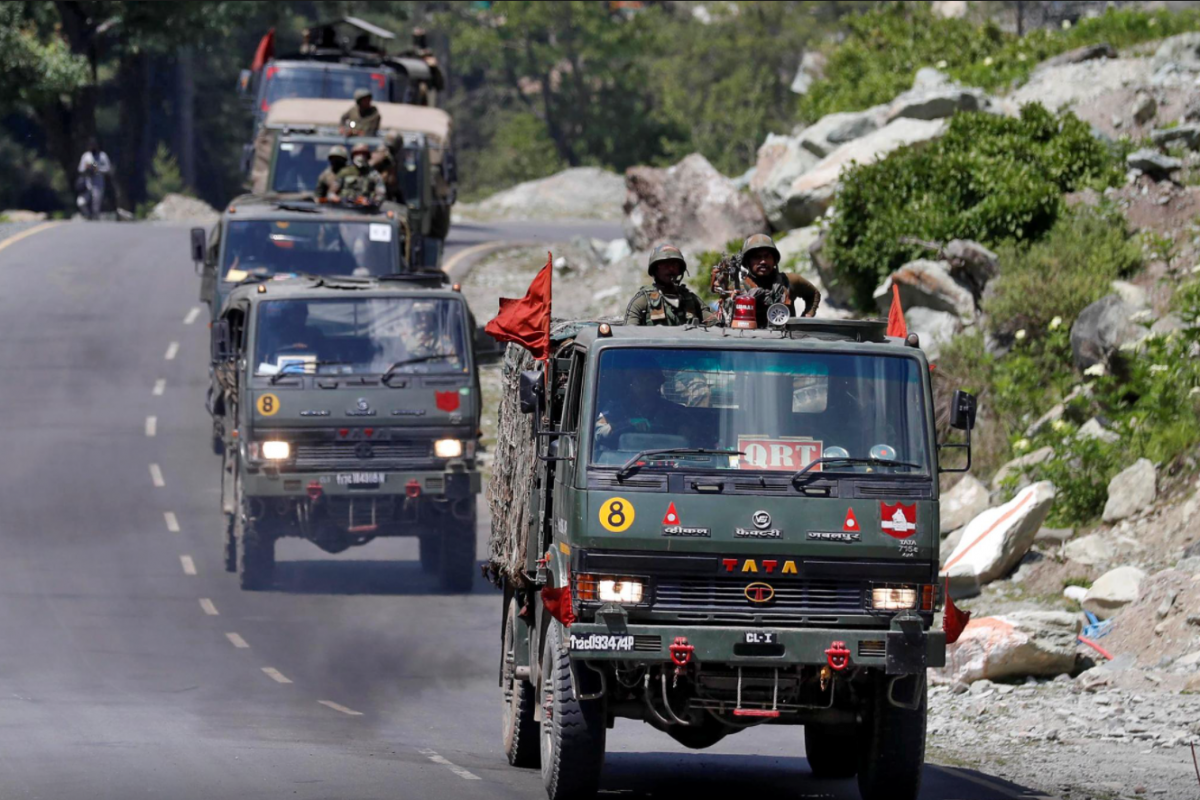 An Indian Army convoy moves along a highway leading to Ladakh, at Gagangeer in Kashmir’s Ganderbal district June 18, 2020. Reuters/Danish Ismail

The decision was taken at a virtual meeting of the Working Mechanism for Consultation and Coordination (WMCC) on the India-China Border Affairs.

“Our expectation is that in these talks, the Chinese side will work with the Indian side to reach a mutually acceptable solution for the remaining issues given that both sides also agreed that prolongation of existing situation is not in the interest of either side or overall relations,” he said.

“We have always maintained that restoration of normalcy will obviously require restoration of peace and tranquillity along the LAC (Line of Actual Control) which had been disturbed by the Chinese actions in 2020,” he said.

Bagchi said the Indian side has maintained continuous communication with the Chinese side through diplomatic and military channels.

“There have been 15 rounds of senior commanders’ meetings and ten rounds of meetings of the WMCC. We have also had communication at the level of foreign ministers, the defence ministers, the NSA and his counterpart,” Bagchi said.

“This has led to some progress as both sides successfully disengaged in a number of areas along the LAC in eastern Ladakh. We will maintain our dialogue with the Chinese side to resolve the remaining issues,” he said.

As a result of the military talks, the two sides completed the disengagement process last year on the north and south banks of the Pangong lake and in the Gogra area.

India has consistently maintained that peace and tranquillity along the LAC were key for the overall development of the bilateral ties.

Each side currently has around 50,000 to 60,000 troops along the Line of Actual Control (LAC) in the sensitive sector.