What Does US Aid To Upgrade Pakistan’s F-16s Mean for India?

Analysts say Washington’s first major security assistance to Islamabad in four years may hint that the transactional relationship between the two countries is back on track. Chandigarh: India has yet to officially respond to the US agreeing to a $450 million fleet-sustainment aid package for the Pakistan Air Force (PAF) on Wednesday, to upgrade three squadrons of its 65-odd F-16 ‘Fighting Falcon’ fighters, with the ostensible aim of boosting Islamabad’s counterterrorism capabilities.

The Ministry of External Affairs (MEA) spokesman has neither confirmed nor denied whether New Delhi had indeed been informed by its close strategic ally Washington of its intent to bankroll the PAF’s F-16 retrofit by platform manufacturers Lockheed Martin, in a move that could potentially challenge the Indian Air Force (IAF)’s rapidly declining fighter squadron strength.

When asked by Pakistan’s Dawn newspaper correspondent in Washington as to how the US would react to India’s possible criticism of financing the proposed F-16 upgrade, a US official parroted the much-touted logic that both these relationships “stand on their own and are not a zero sum proposition”.

According to the Pentagon’s Defence Security Cooperation Agency (DSCA), the projected F-16 upgrade includes enhancing the fighters’ engine, overall structure and electronic warfare (EW) capability. Additionally, the platforms’ targeting and EW pods, which not only conduct seamless electronic reconnaissance, but also perform communication and radar jamming roles, and other diverse classified and unclassified on-board fighter software, too would undergo an upgrade.

Notifying the US Congress of the assistance package to the PAF via the Foreign Military Sales route, the DSCA clarified, somewhat disingenuously, that the $450 million aid for F-16s did not include providing the combat platforms with new capabilities, weapons or munitions. Instead, the assistance would “support the foreign policy and national security of the US by allowing Pakistan to retain interoperability with the US and partner (it) in ongoing counterterrorism efforts and in preparation for future contingency operations” the DSCA stated.

Furthermore, the DSCA declared that Pakistan would have no difficulty in absorbing these F-16 ‘articles and services’ into its armed forces. It went on to state that all these improvements to the combat platform would, in no way, alter the regional military balance in South Asia – an assertion the US has routinely iterated for decades, whenever it had previously supplied materiel to Pakistan.

“The US-financed upgrade of the PAF’s F-16 will considerably improve their serviceability, which to India’s advantage has been depreciating over the past few years,” said former Air Marshal V.K. ‘Jimmy’ Bhatia. The upcoming retrofit, however, will more than makeup for the ageing F-16’s obsolescence and their enduring spares and component shortage. This, in turn, will boost the PAF’s overall operational capability compared to the IAF, which is facing an overall reduction in its combat squadron numbers, the former fighter pilot added.

Meanwhile, Daniel Markey, an adviser on South Asia from the US Institute of Peace in Washington inexplicably told Dawn that the $450 million package was a ‘basic decision’ driven by ‘technical necessity’ to keep the F-16s operational. He also acknowledged that the move suggested an “opening of relations” between the US and Pakistan, and a willingness to work together on issues of common interest.

Also Read: Pakistan Still Wants to Have Its Jihadist Cake and Eat it Too

Other Pakistan specialists in the US, however, differed, offering a point of view that was more in line with Washington’s overall transactional approach in conducting diplomatic, political and security relations with other countries. These analysts said this symbiosis only reinforced the characteristic American aphorism that “There ain’t no such thing as a free lunch” or TANSTAAFL – which the US invariably pursued with regard to statecraft.

“In all likelihood, the $450 million package to the PAF is payback for Islamabad providing information to Washington that resulted in al-Qaeda leader Ayman al-Zawahiri being eliminated by the US military in a dawn drone strike in downtown Kabul on July 31,” said Christine Fair, a Security Studies professor at Georgetown University in Washington and a Pakistan specialist.

And even though Islamabad has denied any such role, Pakistani analysts questioned its claims.

“Pakistan’s civil and military leadership are known for denying their role in such attacks in the country’s tribal areas or in Afghanistan, while covertly partnering with the US to carry these out,” wrote Umair Jamal in The Diplomat, the online international news magazine, on August 3. There are several reasons to believe that the raid which killed al-Zawahiri could not have happened without Pakistan’s assistance, he stated adding that it was quite possible that Pakistan-US cooperation in counterterrorism operations in the region was now “back on track”.

Jamal also claimed that it was important to note that Zawahiri was killed soon after Pakistan’s Army Chief General Qamar Bajwa had called on the US for assistance in negotiating an International Monetary Fund deal for an economically beleaguered Islamabad. 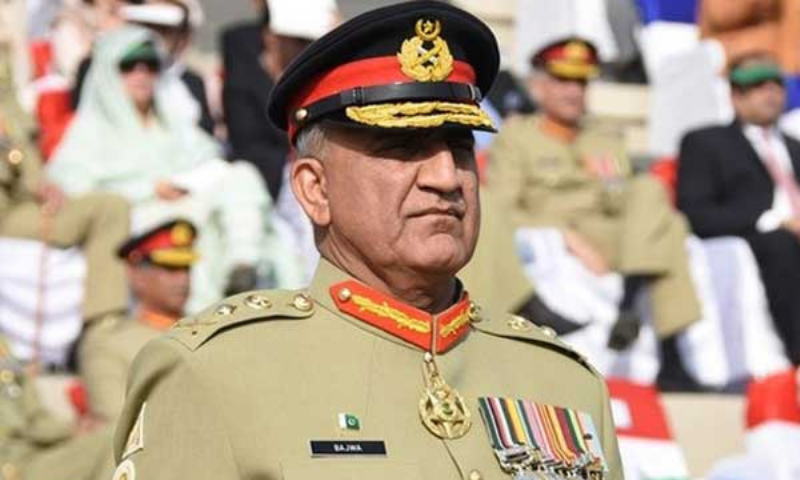 The US has, for decades leveraged F-16s in its dealings with Pakistan, ever since the fighters’ first deliveries began in the early 1980s with the Block 15 variant, followed thereafter by those of the advanced Block52 model in the 1990s. Earlier, in 2018 US President Donal Trump had suspended around $2 billion in security aid to Islamabad, including upgrades for its F-16s, for failing to contain the Afghan Taliban and the Haqqani Islamist terror groups that operated from safe havens across Pakistan, attacking US-led coalition forces in neighbouring Afghanistan at will.

His successor, President Joe Biden had reversed this, privately disappointing Indian military officials at a juncture when Delhi was deemed Washington’s close strategic ally and was in advanced negotiations with it to acquire varied military hardware. This included 30 armed MQ-9 Reaper or Predator-B unmanned aerial vehicles for around $3 billion, and possibly 26 Boeing F/A-18 E/F Block III Super Hornet dual-engine fighters, including eight dual-seat trainers for INS Vikrant, the Indian Navy’s newly commissioned aircraft carrier, for an additional $6-8 billion. India had already acquired over $20 billion worth of US military equipment since 2001-02.

“Washington’s $450 million package has only resurrected old prejudices centred on the US not being a dependable ally, but one driven purely by self-interest and amazingly influenced by Pakistan’s sliver-tongued disingenuous military brass,” said a two-star Indian Army officer. The MEA, he added, needs to respond firmly and in no uncertain terms to the PAF’s F-16 upgrade programme to convey the message that India cannot be taken for granted.