The unimpeachable integrity of India's public servants is the only guarantee that our democracy won't turn into majoritarianism. 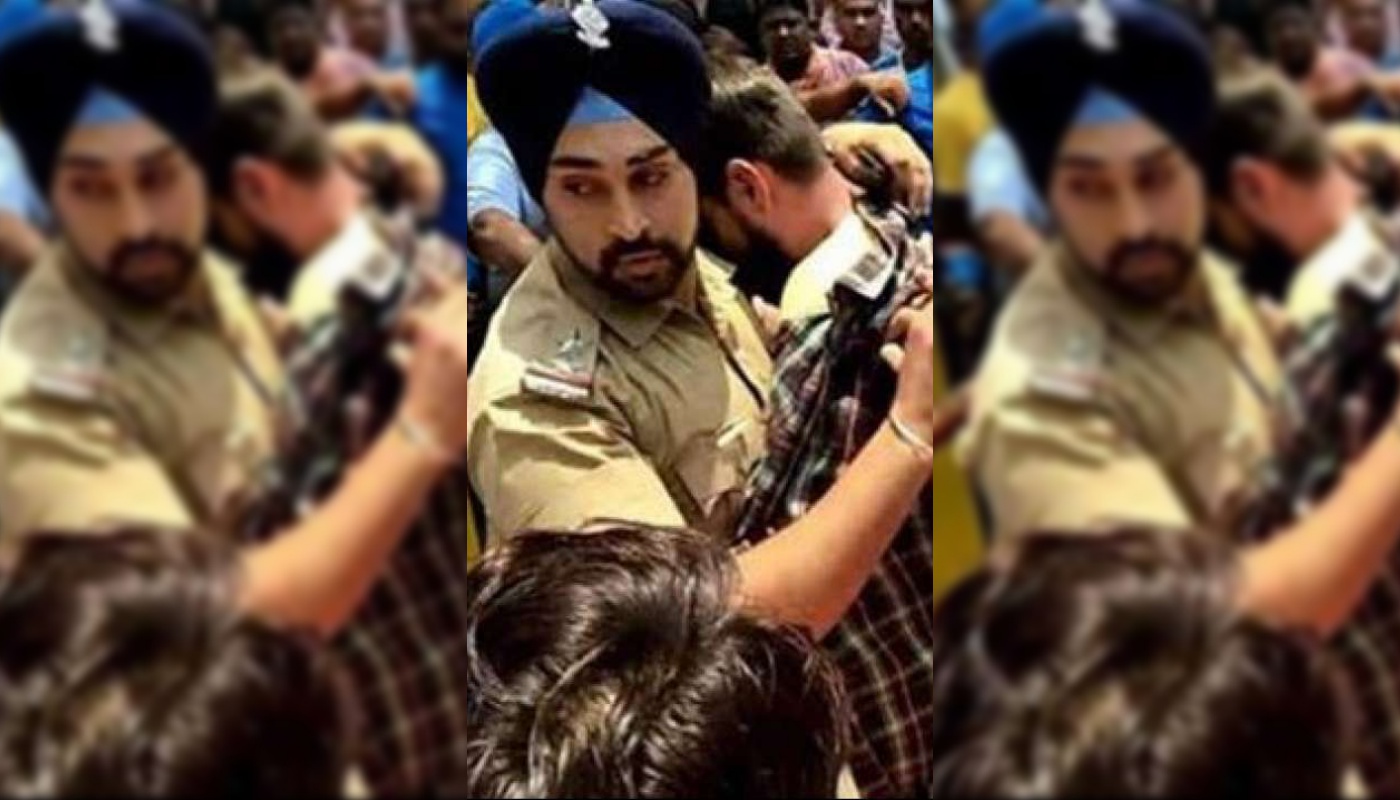 What is the chest size of sub-inspector Gagandeep Singh?

It’s difficult to erase the mental image of Singh holding a Muslim man close to his chest to shield him from a mob at Garjiya Devi temple near Uttarakhand’s Ramnagar.

On May 22, the 28-year-old police officer risked his life to ensure the safety of a young man who ran the risk of being lynched by a communally-charged mob. The 23-year-old Muslim was spotted with a 19-year-old Hindu girl near the temple premises and according to Ashok Kumar, ADG (law and order), locals wanted to “teach the duo a lesson”.

When Singh was alerted about the situation, he rushed to the spot. He found a mob, alleging ‘love jihad‘, preparing to thrash the couple. Singh turned himself into a human shield, saving the young man. In the process, he also received several blows. Upon failing to lynch the Muslim man, the crowd began chanting anti-police slogans. Kumar said the mob, however, was eventually dispersed. The couple was then taken to a police station and handed over to their families.

Singh was not related to the man he saved. He could – like most police officers probably would in a similar situation – have taken the easier option of waiting for reinforcement. In all probability, his brave act averted a communal flare-up.

The importance of Singh’s selfless act lies in the fact that the unimpeachable professional integrity of India’s public servants is the only guarantee that our democracy won’t turn into majoritarianism given the political economy of vote bank politics. The idea of India could well be linked to the chest size of this official. Here’s why.

One of the reasons behind these incidents occurring and resulting in deaths so frequently is that more often than not, the leaders of communal mobs go scot-free in the absence of a robust criminal investigation machinery. Take for example the 1984 Delhi massacre and the 2002 Gujarat riots.

Given that the probability of prosecution is low, many lives will be saved if we manage to prevent these incidents from taking place in the first place. What police officers like Rahul Sharma and Maxwell Pereira have done when faced with criminal mobs are cases in point.

Two, the Indian constitution is as much about making the state machinery (bureaucracy, police, army etc) accountable for protecting the fundamental rights of the citizens as about regularly conducting general elections. This accountability goes beyond the formal legal definition of the concept.

There is an element of sacredness attached to it. The brave act of sub-inspector Singh carries that touch of sacredness in its heroic context. If India’s public servants start limiting themselves to the notion of accountability in a strictly legal sense, it will be extremely difficult for our democracy to survive and prosper. Singh could have resorted to inaction using the pretext of being alone in front of a charged mob, but he didn’t, unlike hundreds of police officers who did nothing to save the helpless citizens during the 1984 Delhi massacre, the 2002 Gujarat riots and other communal incidents.

Three, as things stand today and as history has been a witness, the willingness and ability of the ruling dispensation – whenever and wherever communal incident occur in the country – to hold the erring police officers accountable for their commissions and omissions is highly doubtful. This lack of accountability goes beyond party affiliations.

No IPS officers being punished for their role in the 1984 Delhi massacre and the 2002 Gujarat riots is again a case in point. Irrespective of what the central IPS association and its state-level wings say of the great job IPS officers are doing for the country, they will have to live with this uncomfortable fact.

Sub-inspector Singh’s chest size matters for the idea of India. As a narrative. As an image. As a metaphor.